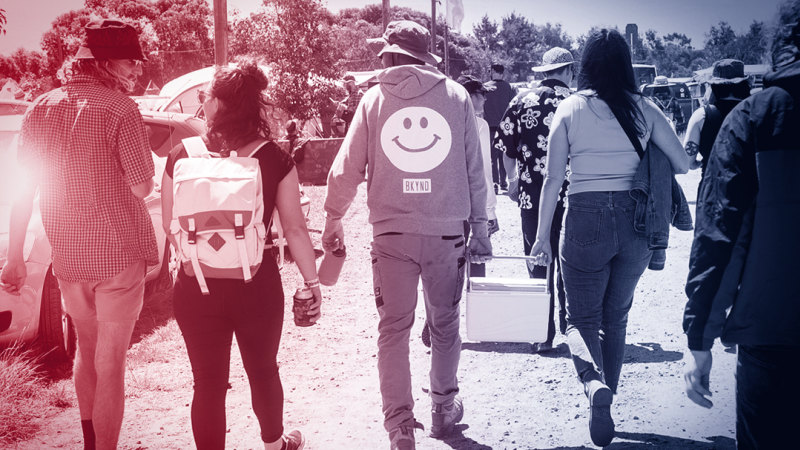 While the rise of the “teal” independent candidates was one of the big shifts in May’s election and was accompanied by backlash against former Prime Minister Scott Morrison among women, the Resolve Political Monitor finds primary vote support for men in the most recent quarter is 8 percent for men and 9 percent for women, a gap well within the polls’ margin of error.

The trends have helped give Prime Minister Anthony Albanese a significant personal edge, with 55 percent of men citing him as their favorite prime minister, compared to 21 percent who name Dutton.

Among women, 51 percent prefer Albanese, while 17 percent support Dutton. The lead for Albanians is the same in both cohorts at 34 percentage points.

The Australian election study, led by Sarah Cameron and Ian McAllister and released in early December, highlighted how long-term women voters have turned against the coalition.

“This has gradually changed, with more men now favoring the Coalition and more women favoring Labour. This reversal of the gender gap in voting behavior has also been observed in other democracies, including Europe and North America. Women increasingly prefer left-wing parties and men prefer right-wing parties.”

The Resolve Political Monitor found that 13 percent of women cast their primary vote for the Green Party in the election, compared to 11 percent of men, but that number has shifted to 14 percent for women and 10 percent for men in the December quarter .

Voters aged 18-34 showed a left-leaning bias in the election, with 31 per cent voting Labor as their first preference and 27 per cent supporting the coalition.

The trend since May has turned the divide into a divide, with 41 per cent supporting Labor and just 21 per cent remaining with the Coalition. Another 24 percent give the Greens their first preference, versus 22 percent in the election.

However, the trend among older voters has weakened as some voters returned to the coalition last quarter. Australians aged 55 and over showed a preference for the Liberal and National in the election, with 46 per cent giving the Coalition their first preference and 33 per cent choosing Labour.

The same cohort transitioned to the new government in the Resolve Political Monitor’s quarterly poll by the end of September, with 36 percent voting for the coalition and 42 percent supporting Labour.

However, in the December quarter, 42 per cent of the same age group supported the coalition and 38 per cent opted for Labour. Support for the Greens in this group was within the margin of error, between five and three percent.

Changeover to the new government among voters aged 35-54 was less volatile, with support for Labor climbing from 34 per cent at the election to 40 per cent in the September quarter and staying there in the December quarter.

“This shows that Labor has had solid primary gains since May’s election, falling only slightly to its peak last quarter,” said Resolve director Jim Reed.

“Probably the most interesting breakdown is the age gap, with 18-34 year olds regularly joining Labor to complete the honeymoon over the past six months.

“But the over-55s left Labor in the last quarter. This is particularly pronounced in the group of pensioners.”

The Australian election study also identified a coalition challenge among younger voters in this year’s election.

“Only about one in four voters under the age of 40 said they would vote for the coalition in 2022,” it said.

“At no point in the 35-year history of AES have we observed such low levels of support for either major party in such a large segment of voters.”

https://www.smh.com.au/politics/federal/young-voters-turn-their-backs-on-the-coalition-20221215-p5c6r0.html?ref=rss&utm_medium=rss&utm_source=rss_politics_federal Young voters are turning their backs on the coalition

The US will require COVID-19 testing for travelers from China