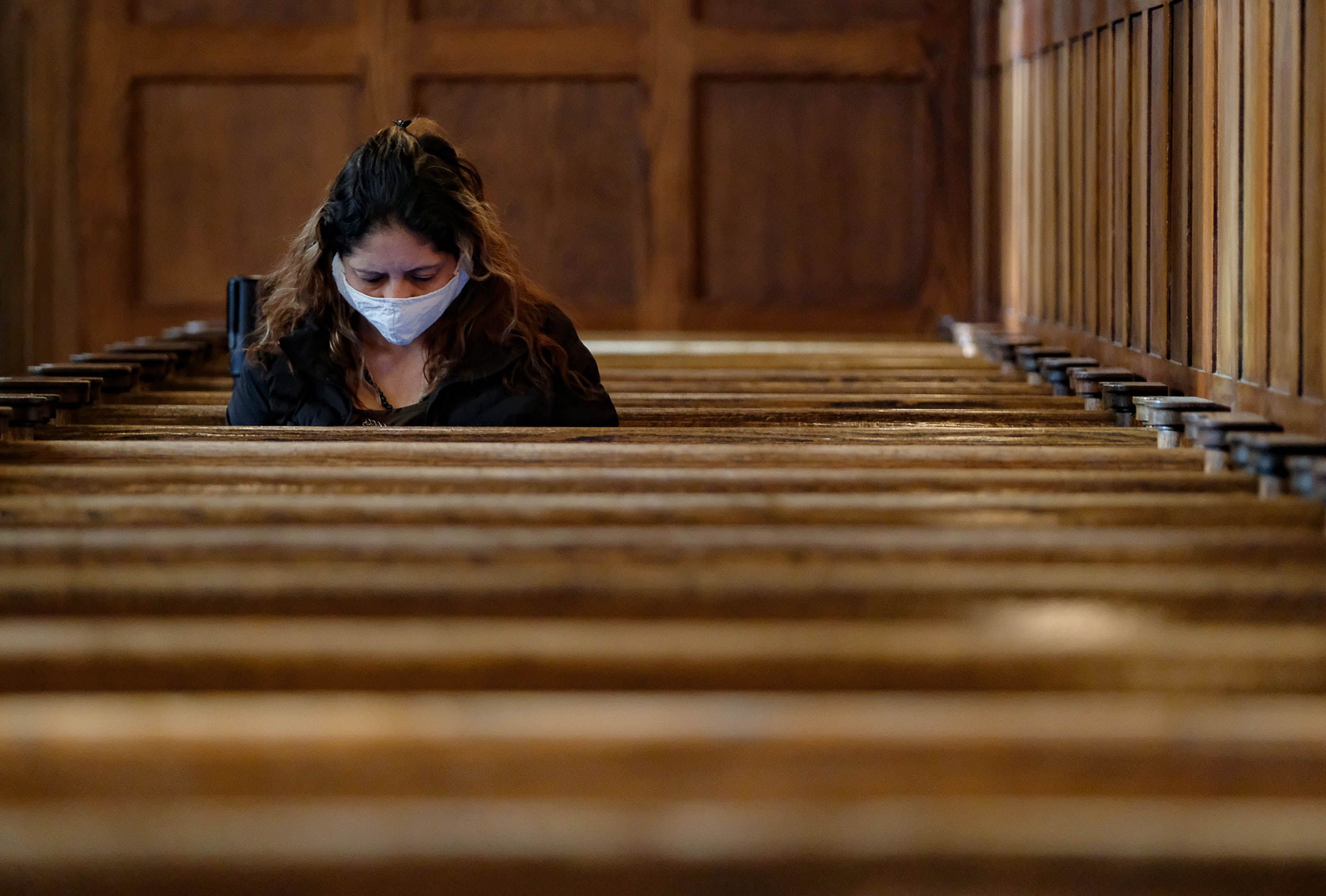 Faith has grown stronger among the country’s teens and young adults during COVID-19 — even if they now attend church less frequently than they did when the pandemic began.

They also trust their faith communities more and agree that spirituality is important to their mental health.

However, they are not currently attracted to virtual services, although they use social media heavily.

These are some key takeaways from Springtide Research Institute’s newly released report, The New Normal, Updated & Expanded: 10 Ways to Care for Gen Z in a Post-Pandemic World.

More young people say their faith has grown stronger (30%) than weakened (18%) or lost it completely (8%) during the pandemic. That includes a growing segment of respondents who say they undoubtedly have a higher power, 28% in 2022 versus 22% in 2021.

Religion News Service columnist Jana Riess, president of the Mormon Social Science Association, said there are no definitive answers as to why this apparent split exists.

One possibility, she said, is that these findings are part of a larger, ongoing path in which young adults are less interested in institutional religion and more inclined to shape their own spiritual journey.

The pandemic, she added, has simply accelerated this trend.

This pattern also exists among older Americans, although not to the same extent. What will happen when the world clears itself of COVID-19 is impossible to be certain, although “I don’t think we will recover as much as we would like.”

Worship attendance was not the only metric the Springtide Research Institute studied. The report also states that a higher percentage of Gen Zers say they feel “highly connected” to a higher power: 18% in 2022 compared to 13% in 2021. Conversely, those who say that they do not feel connected to a higher power at all Electricity is 27% in 2022, up from 36% in 2021.

There is less middle ground

Patrick Mason, director of the Department of Mormon History and Culture at Utah State University, said this statistic might seem counterintuitive given how many young adults are leaving organized religion overall.

But for many people, he said, COVID-19 has had the effect of bolstering the attitudes they already had before the pandemic. Those who were already religious clung more firmly to their faith, while those who questioned organized religion hastened their departure.

“What we’re seeing right now in America is much more fragmented, where people are making decisions about whether they’re religious or not,” Mason said. “These are becoming stronger identities in one way or another, rather than some kind of muddy middle.”

The report goes on to suggest ways faith leaders can engage with their young parishioners, including using the arts (such as journaling, drawing, or making music) and exercising empathy.

“Have a conversation with the young people in your life, share your answers and reflections without asking for answers,” the report says. “Inviting them to comment on their experiences feels less risky and doesn’t require them to delve deep into identifying hard-to-name emotions or share those emotions before they’re ready.”

The Springtide Research Institute has also studied trends among members of The Church of Jesus Christ of Latter-day Saints.

The State of Religion and Young People 2021: Navigating Uncertainty, conducted throughout 2021, argues that “for a large and growing segment of young people, religiosity is increasingly decoupled from institutions, even if it has high levels of religious belief, religious practice and religion express identity.”

More than 10,000 young people were interviewed during the year, including 470 who identified themselves as Latter-day Saints or Mormons. 134 of this group were also given additional questions about their experiences and views.

The report found that Latter-day Saints aged 18 to 25 reported the highest participation in youth group activities; and 57% of the Latter-day Saints surveyed said they “completely” or “very” trust organized religion, compared with 35% of the national sample.

More than 4 in 10 (41%) said they turned to someone in their faith community when they were overwhelmed and didn’t know what to do. This was the second highest behind Buddhists at 42%.

And they were the most likely, at 27%, to agree that spiritual practices offer a lot of meaning and fulfillment.

However, young Latter-day Saints were among the least likely, at 36%, to say that spending time with family is very fulfilling in their lives. Only Hindus (33%) and Orthodox Christians (19%) agreed with lower percentages.

Symptoms of Omicron XE to watch out for as 1,179 cases of a new variant have been detected in the UK