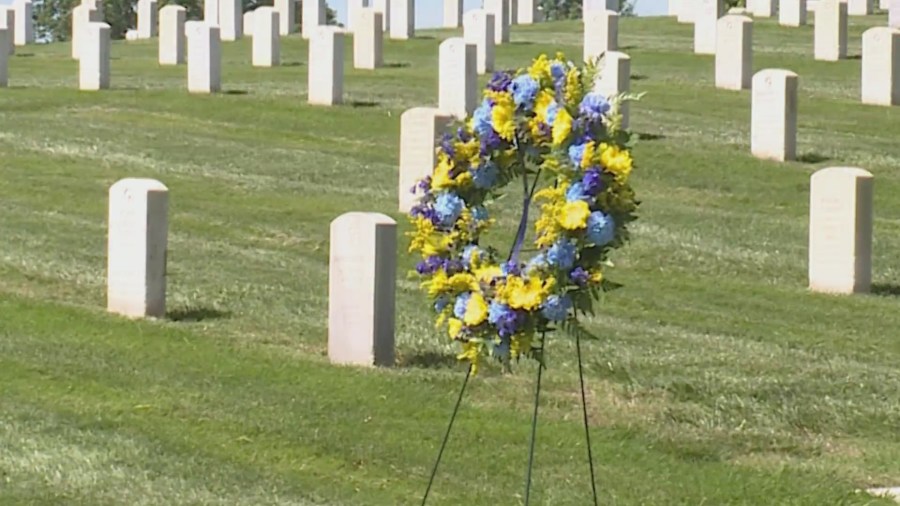 ST. LOUIS COUNTY, Mo. – Memorial Day weekend is a time to remember U.S. service members who have died serving the nation. Many locations, including the Jefferson Barracks Memorial Cemetery, are hosting events honoring veterans this weekend.

Veteran Mike Dunham was one of many who served our country and visited Jefferson Barracks on Saturday morning to remember and recognize those who helped keep us safe.

“The Memorial Day is for them, those who lie in these graves,” Dunham said. “This is our 22nd year doing this, so especially for the mass POWs, graves up the hill.”

Wreaths were laid on the graves of two mass prisoners of war on Saturday morning before Memorial Day.

“The wreath-laying ceremony was something for the community groups to attend and to recognize the sacrifices made by their members who remembered their soldiers, the Navy Coast Guard sailors,” Dunham said.

“As a veteran, I am proud that America is taking the time on its weekend to recognize the sacrifice these service members have made over the years,” said Army Maj. Mike Greer.

The Class of 1980 West Point says he and the other veterans were happy to see people of all ages Saturday morning.

“As a veteran, I’m proud that America is taking the time on its weekend to recognize the sacrifice these military members have made over the years,” Greer said.

“It’s gratifying to see that not only the old veterans like me and older folks but younger folks are getting their young children and families out to participate and hopefully get a sense of what it means to remember those who have championed.” have sacrificed our nation,” Dunham said.

Jefferson Barracks is also holding a Memorial Day ceremony for Civil War Veterans on Monday. For a complete listing of Memorial Day events in the St. Louis area, click here.

How to start the A single threaded quest in Destiny 2

After Ian, DeSantis goes from provocateur to crisis manager