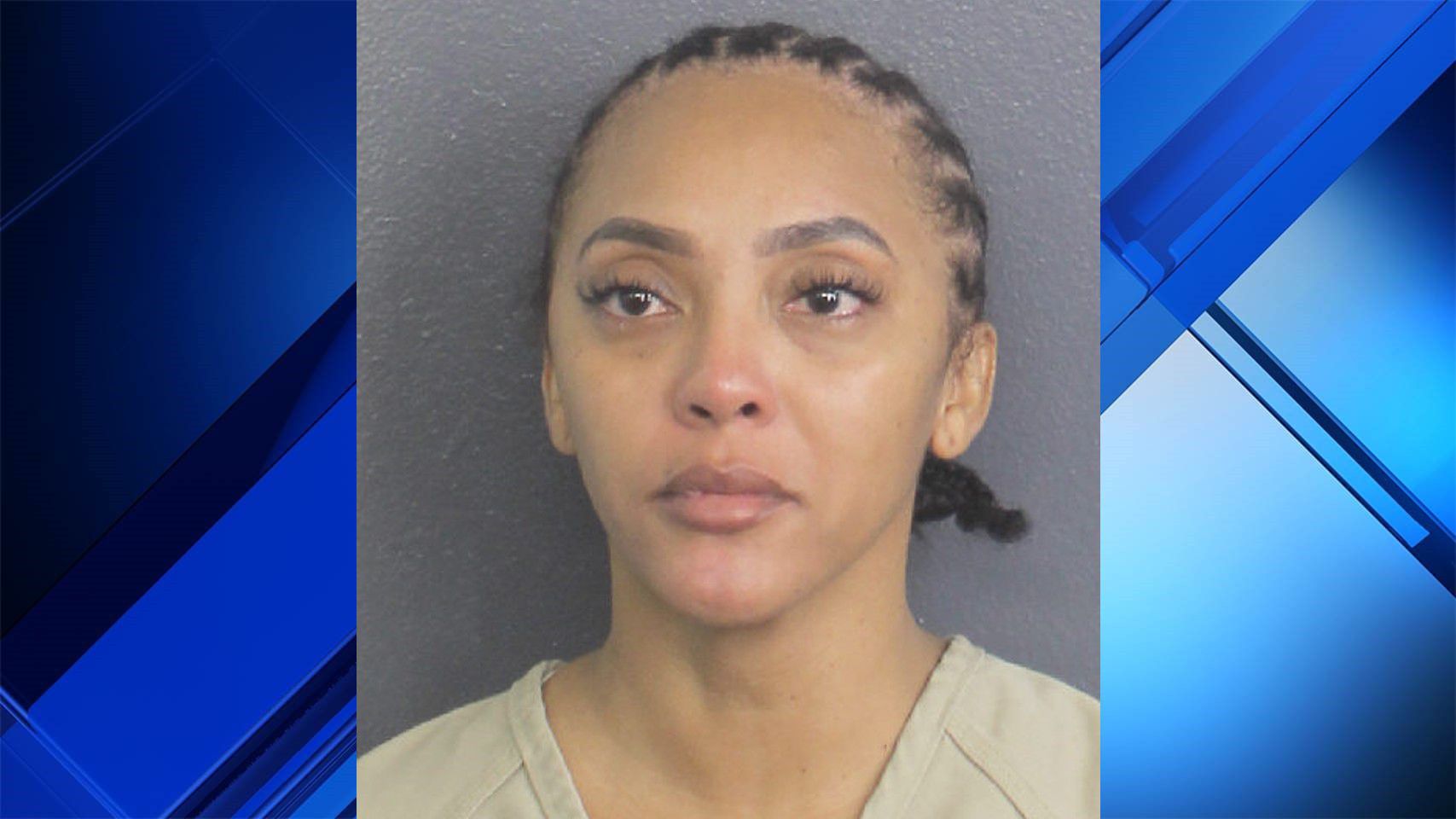 MIAMI – A Colombian woman was arrested at Fort Lauderdale-Hollywood International Airport on Wednesday after she was accused of stealing more than $32,000 worth of jewelry from a man she was visiting in Miami after the two chatted online.

According to a Miramar police report, the victim spent two months getting to know Marielys Valencia Martinez, who turns 40 on Saturday, before meeting her in person in December 2021 when she flew to Miami to visit him.

Police said Dec. 4 the victim picked Martinez up from her Miami hotel room and the two went to a restaurant.

Investigators wrote that after the victim parked his car and saw a sign urging drivers to remove their valuables from their vehicles, the victim pulled out a clear plastic bag with two diamond rings and a diamond bracelet on it, which caught Martinez’s attention.

Police wrote that during dinner Martinez asked the victim to see and wear the jewelry, asked how much it was worth and asked how much he would sell it for.

The man didn’t give Martinez many details but allowed her to wear the jewelry for the night, police said. The two went to a nightclub and then returned to the victim’s home, where Martinez returned the items.

Police said the victim placed the rings and bracelet in a jewelry box on a shelf.

Sometime between 3 a.m. and 5 a.m. the next morning, Martinez woke the victim and asked him to take her back to the hotel, the report said.

Police said before the victim left, the victim saw the jewelry box on the shelf, but unbeknownst to him, it no longer contained the jewelry.

Martinez flew back to Colombia later that day. Two or three days later, the victim told police she posted videos on Instagram and TikTok of her wearing the jewelry.

According to the report, the victim texted Martinez on WhatsApp asking her to return the jewelry, but Martinez told him it cost too much money to send the items to the United States and she would return the jewelry when she returned in February Miami returned.

“The jewels are here with me (.) I don’t want to spend my money sending anything less after being threatened with prison and my visa by the police,” police said, Martinez wrote back. “Until I enter the United States without issue(,) I will not return anything.”

“Quite simply, here are the jewels. I want to return them, why can’t you wait for me to come back?” she also said, according to the report. “What a bloody problem.”

Martinez never returned to Miami, police said, but she flew to Fort Lauderdale on Wednesday, where she was arrested by BSO deputies. As of Friday, she was being held at the Paul Rein Detention Center in Pompano Beach.

The report does not mention whether the victim recovered his jewelry.

https://www.local10.com/news/local/2022/09/23/police-woman-stole-32k-in-jewelry-showed-it-off-on-tiktok-after-flying-back-to-colombia/ Woman stole $32,000 worth of jewelry and shared it on TikTok after flying back to Colombia