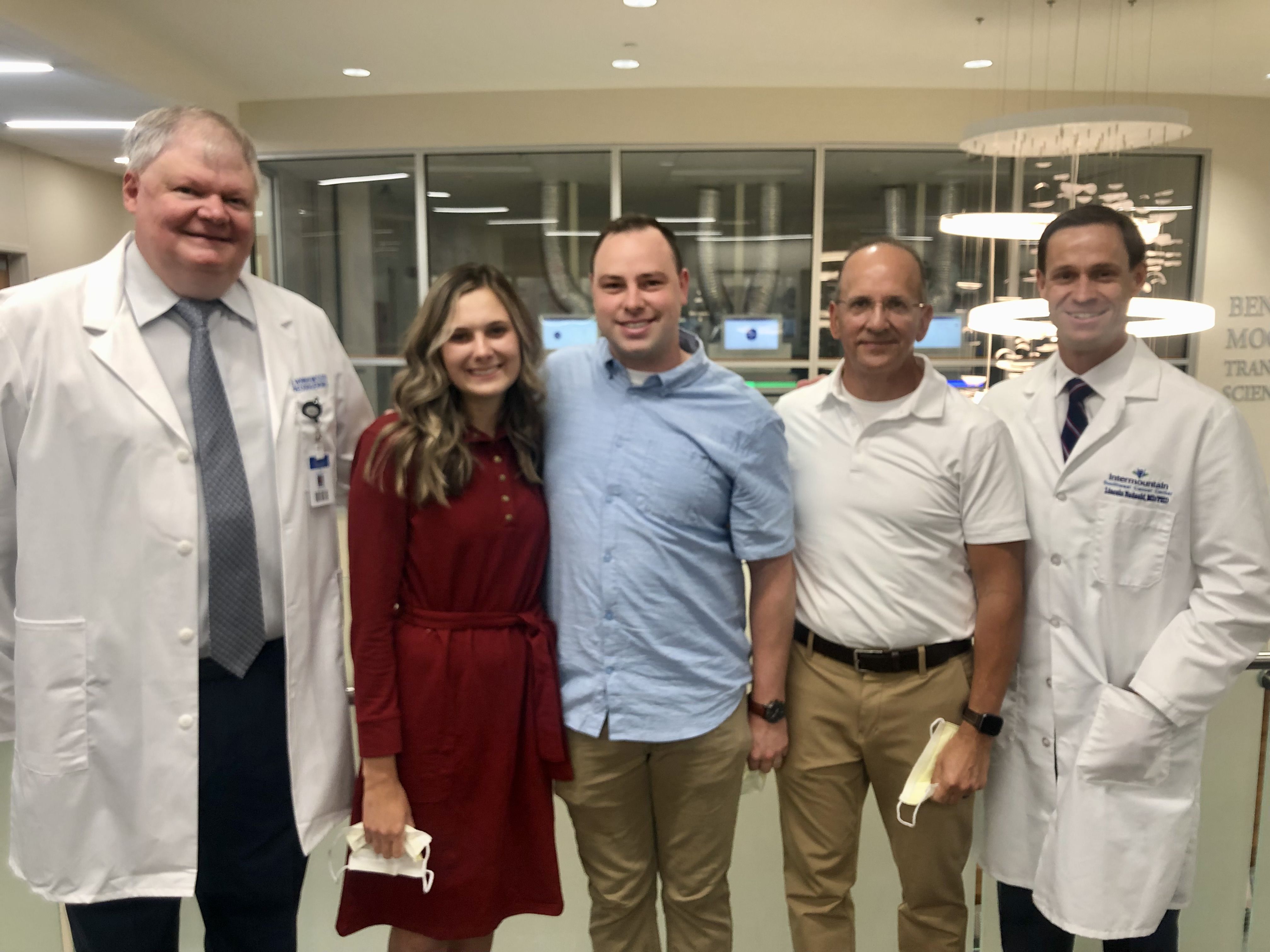 The study is available to everyone nationwide, free of charge.

A year ago, 25-year-old Madi Certonio from St. George went for her annual blood work.

When the lab realized it had taken an extra vial, they asked Certonio if it would be interested in participating in an extensive genetic study that Intermountain Healthcare and deCode Genetic are currently conducting.

She said yes — and a few months later, Certonio found out she had a genetic mutation that made her much more likely to develop breast or ovarian cancer.

“Since the confirmation, I’ve had to meet with a high-risk oncologist here at the cancer clinic and undergo further testing,” Certonio said. “A care plan was [put] in place and I can do everything normally, get on with my life, but I’m just taking extra precautions.

“All I know from all of this is that knowledge is power,” she said. “I’m really, really happy they found this.”

Certonio is part of the HerediGene population study, the largest planned DNA mapping initiative of its kind in the world According to a press release, over 150,000 people are currently enrolled. Intermountain and deCode Genetics — a subsidiary of an Icelandic biopharmaceutical company — are collecting and testing the DNA of thousands of Utah and Idaho residents to help more people like Certonio.

The study is expected to help 500,000 people and is available to anyone, including non-intermountain patients, nationwide, free of charge. Patients of any age, with or without underlying medical conditions, can participate by signing an informed consent form and dropping off a tube of blood at any Intermountain facility.

“We assumed that about 2.5% of the participants would have a gene that we would need to call and send those results back,” said Dr. Lincoln Nadauld, HerediGene Trial Founder and Intermountain Oncologist.

But now, after evaluating the first “thousands” of patient samples, Nadauld says the researchers have found that about 8% of the participants carry such genes.

“So, fortunately, we’re calling the individuals who are affected by this, we’re letting them know about every condition we’ve found, and we’re helping them get the care they need in all of these conditions,” Nadauld added.

Certonio’s father, Claude Gubler, was adopted – and he thought he would never know his full medical history. About 10 years ago he was able to “miraculously” locate his birth family and learned that his birth mother and sister both had breast cancer.

But he didn’t know about the high-risk BRCA2 gene until his daughter took part in the study. The gene can also carry an increased risk of prostate and pancreatic cancer in men. Now Certonio’s entire family plans to be tested to make sure they know their cancer risk, “so it’s essentially saving a lot of lives,” Certonio said Wednesday.

“I was pretty emotional about it because it’s kind of big news — shocking news — when you’re 25,” Certonio said. “But then I realized I’m young and there are tests that can protect me. … I could have gotten cancer and had no idea I had the gene. And now we can catch it early because I know. So now I have a choice.”

The study has already found a genetic link to dizziness, and Nadauld said it could lead to a cure for cancer through early detection – as Nadauld said stage 1 Cancer can be easily treated or even cured.

“Something that has always bothered me is patients who unknowingly show up in an emergency room at one of our dozens of hospitals and who are diagnosed at a young age with advanced or metastatic form of colon cancer or breast cancer – indeed – they inherited,” said Nadauld. “If we don’t know that someone carries a gene, then they would unknowingly go on living, only to develop this silent cancer, which then spreads and becomes incurable.”

Certonio now plans to have annual MRIs until she turns 30. Then she will alternate between a biannual mammogram or MRI along with an annual blood test and a pelvic ultrasound.

Once she’s in the 35 to 45 age group, she’ll start looking into preventative surgeries, like a possible double mastectomy, she said.

He told FLDS followers that Warren Jeffs was dead. Then, Samuel Bateman said he was their prophet now.