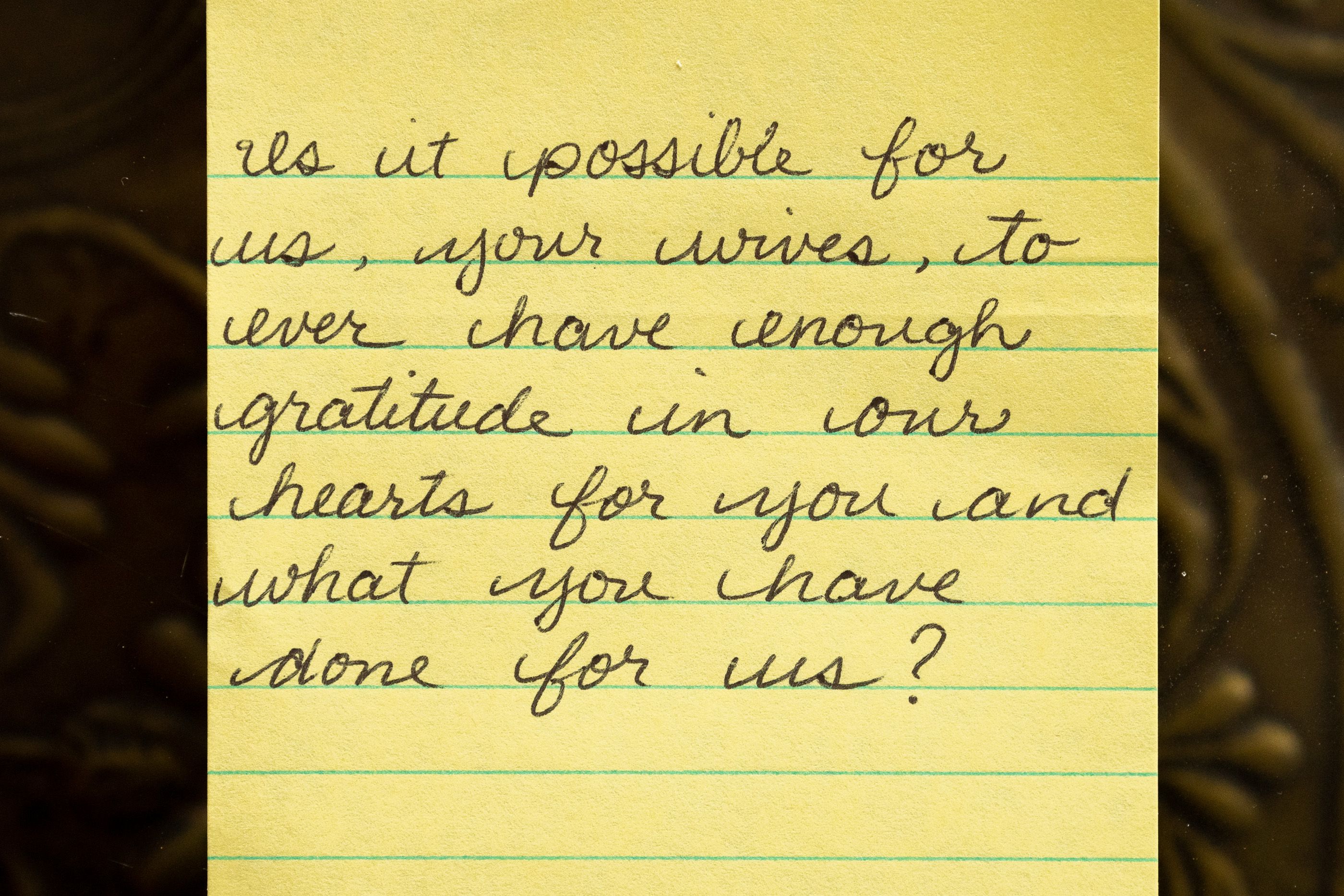 Members of the new offshoot of the polygamous FLDS faith allowed a Tribune photographer to document notes they wrote for their leader after his arrest in September.

(Trent Nelson | The Salt Lake Tribune) Following his arrest, supporters of Samuel Bateman wrote down questions to ask their leader in a phone call from prison in Colorado City, Arizona on Wednesday, September 14, 2022.

Colorado City, Arizona • While Samuel Bateman was behind bars, his closest supporters wrote down questions they hoped he would answer on camera once he was free.

Bateman is the religious leader of a new offshoot of the polygamous Fundamentalist Church of Jesus Christ of Latter-day Saints (FLDS), a group of about 50 people who call themselves Fundamentalist FLDS, or “Samuelites.”

His homes were searched by the FBI in September when federal agents issued a search warrant stating they were looking for evidence of underage marriage or adult-child sexual contact.

Bateman has not been charged with sex abuse but remains in jail on child molestation charges after prosecutors said authorities discovered three young girls in a locked cargo trailer he was towing near Flagstaff in late August. He also faces federal charges for allegedly instructing his followers to delete the messaging app Signal from his phone after he was arrested in Flagstaff that day.

A day after the Sept. 13 FBI raid, a group of women following Bateman collected these handwritten notes they hoped one day to ask their leader. They allowed a Salt Lake Tribune photographer to document what they wanted Bateman to do.

https://www.sltrib.com/news/2022/12/06/with-their-polygamous-prophet/ With their polygamous prophet in prison, his followers wrote these questions to ask Samuel Bateman

Woman ‘stranded on motorway’ after roadside assistance ‘refused to help’