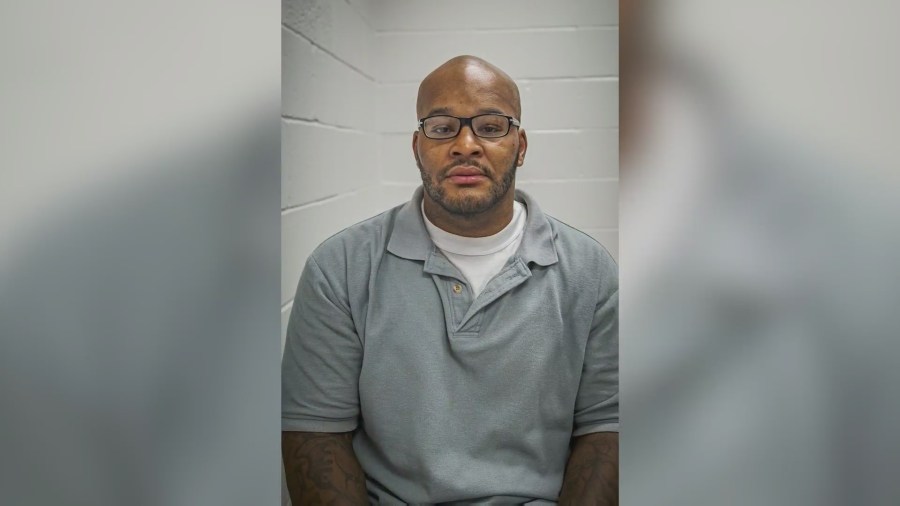 JEFFERSON CITY, Mo. — A St. Louis man scheduled to be executed Tuesday night for the 2005 murder of a police officer could be spared by the Missouri Supreme Court.

On Monday afternoon, less than 36 hours before Kevin Johnson is scheduled to die by lethal injection, the state’s highest court is hearing arguments why it should stop the execution. It was an unusual move by the Missouri Supreme Court for Monday’s hearing, when attorneys, judges and the special prosecutor met virtually.

Johnson has been on death row for more than a decade after being convicted of the 2007 killing of 46-year-old Kirkwood Police Sgt. William McEntee. Johnson was 19 at the time of the murder and is now 37.

The stunning mansion rests on 230 acres in Carbondale, Illinois

Keenan said since he was appointed to the case last month he has found new evidence showing racial prejudice was previously used against Johnson, which led to his being sentenced to death.

“As a result of an investigation that reviewed over 30,000 pages, contacted many witnesses and reviewed other case files, the evidence was clear that racial discrimination affected this prosecution.”

During Johnson’s first trial in 2007, the jury reached an impasse, earning him the lesser offense of second-degree murder. Months later, a new jury found him guilty of first-degree murder.
McEntee was one of the police officers dispatched to Johnson’s home on July 5, 2005 to serve an arrest warrant against him. Johnson was on probation for assaulting his girlfriend, and police believed he violated probation. After waking up his 12-year-old brother, Joseph “Bam Bam” Long, the boy ran to his grandmother’s house next door, where he had a seizure and collapsed.

Johnson testified in court that McEntee prevented his mother from entering the home to help his brother. Bam Bam later died in hospital. Later that night, when McEntee was returning to the neighborhood to check out a firecracker report, Johnson shot and killed McEntee.

Keenan told judges Monday that former St. Louis County District Attorney Bob McCulloch and his office had handled five separate cases involving police officer deaths. Of those cases, four of the defendants were black, all of whom McCulloch sought the death penalty. In the one case involving a white defendant, the death penalty was not sought.

Keenan said he asked McCulloch to speak to him, but he declined.

“The 12 men and women who sat on Kevin Johnson’s jury were fair, qualified to hear the case and unbiased,” Assistant Attorney General Andrew Crane said Monday. “Why would the court stay the execution of Kevin Johnson? The reason is, there is no reason.”

Keenan is not the only one asking for the execution to be stayed, as is Johnson’s attorney. Neither motion challenges his guilt in McEntee’s murder, but rather expresses her belief that racism played a role in the case.


A special prosecutor has been assigned to the case after a new law was passed by the Missouri General Assembly last year that allows a prosecutor to file a motion to set aside and set aside a sentence when the convicted person “may have been innocent or was wrongly convicted.” “.

Just outside the Missouri Supreme Court building, attorneys stood together before the hearing, hoping that this last-minute effort would stop Johnson’s execution.

“I think Kevin made a really bad mistake, he murdered someone, and obviously we don’t support that, but I don’t think murdering him back is the right way to go,” said Jay Castilow, 16, from Columbia, while attending stood the rally. “Keeping him in prison for the rest of his life is the way to go.”

During the hearing, Gov. Mike Parson released a statement saying he would not grant Johnson clemency and that the state would carry out the execution.

“Mr. Johnson has received every protection afforded by the Missouri and United States Constitutions, and Mr. Johnson’s conviction and sentence for his appalling and callous crime stands. The State of Missouri will carry out Mr Johnson’s sentence in accordance with the court’s order and shall declare justice,” Parson said. “The violent murder of any citizen, let alone a Missouri police officer, should be punished only with the fullest punishment permitted by state law. By Mr. Johnson’s own heinous acts he stole the life of Sergeant McEntee, leaving a grieving family, a wife widowed and children fatherless. Mercy will not be granted.”

Earlier this month, a petition with more than 20,000 signatures was delivered to Gov. Mike Parson’s office asking for clemency.
Rev. Darryl Gray is Johnson’s Spiritual Advisor. He said he baptized Johnson a few weeks ago.

“I’ve baptized hundreds of people in my 40 years of ministry and I’ll never forget that,” Gray said. “We hope there will be a stay after the court hears the arguments and asks the questions. It does no one any good to kill Kevin Johnson.”

Some attendees at the rally said the Supreme Court holding this hearing so close to the execution was a sign of hope.

“There is no rush to kill someone when there are extenuating circumstances, and we believe there is,” said Jamala Rogers, executive director of the Organization for Black Struggle. “It’s not often that black people feel hopeful about the same system that originally established itself. I am here today to witness something historic.”

Last week, Johnson’s daughter Khorry Ramey, 19, filed a lawsuit through the American Civil Liberties Union (ACLU) in federal court in Kansas City to witness her father’s execution. State law prohibits anyone under the age of 21 from attending an execution. The emergency motion said the law violated Ramey’s constitutional rights.

On Friday, the judge denied her request, saying Ramey’s constitutional rights were not violated by the law.

The Kirkwood Police Department declined to comment on the case. McEntee was a 19-year veteran of the force and was survived by a wife and three children.

Johnson is scheduled to be executed at 6 p.m. Tuesday at Bonne Terre state prison.