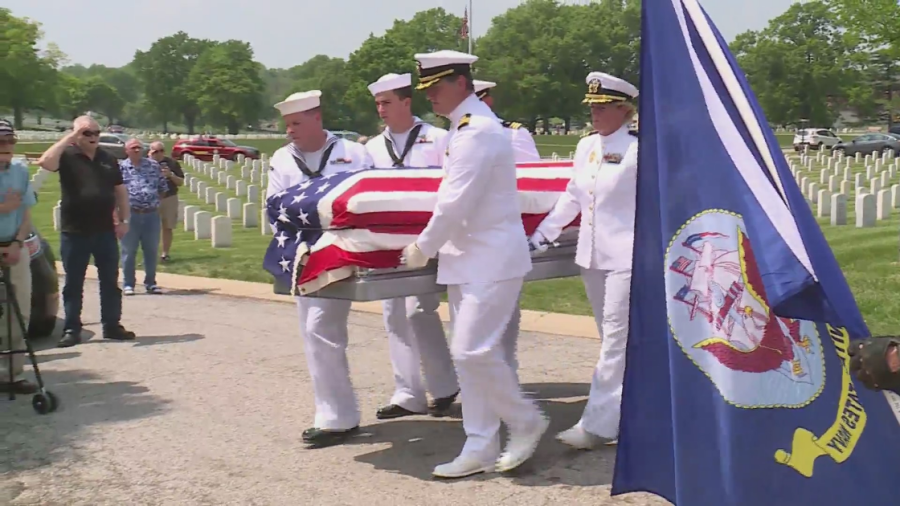 ST. LOUIS COUNTY, Mo. — Paul Boemer was just 21 years old when he was killed on December 7, 1941 aboard the USS Oklahoma. About 81 years later he was brought back to St. Louis.

Paul Boemer had served in the Navy for three years and a day before he was killed in the surprise attack on Pearl Harbor.

“Well, the Army or Navy Departments will notify families or parents of a deceased veteran,” said Hugh Boemer, Paul’s brother. “So I was there when they were notified about my brother.”

The USS Oklahoma was assembled from October 1912 to 1914. The ship was commissioned on May 2, 1916. The ship and her crew served as an escort for President Woodrow Wilson, who traveled to France in December 1918 to negotiate the Treaty of Versailles. In July 1936, the Oklahoma sailed to Spain to rescue Americans during the Spanish Civil War.


The ship was assigned to Naval Station Pearl Harbor on December 6, 1940 for patrols and exercises.

On the morning of December 7, 1941, the Oklahoma was anchored in Battleship Row when Japanese planes attacked. The Oklahoma was among the first ships to be hit by enemy fire.

The first wave of attack aircraft hit Oklahoma with three aerial torpedoes. Many of the crew members still slept below deck and never made it onto the ship’s main deck. The Oklahoma began to capsize and eventually overturned completely when the ship was yanked open from the side. Hundreds of crew members were trapped in the hull.

The men trapped in the Oklahoma began banging on the ship’s bulkhead to signal passing boats. On December 8 and 9, rescuers managed to cut several holes in the ship’s exposed belly and pulled 32 men out alive. The beating continued and rescuers were shocked to discover that the sounds were coming from below the waterline. Nothing could be done to get these crew members.

Until recently, Paul Boemer was buried with the remains of the Oklahoma.

In 2015, the Department of Defense launched a project to use DNA analysis to identify these unknowns and return their remains to their families.

The Defense POW/MIA Accounting Agency (DPAA) announced on September 29, 2020 that Boemer was finally held accountable. His remains were shipped to St. Louis for burial at Jefferson Barracks National Cemetery.

“Very nice. A great honor,” said Hugh. “It’s so wonderful for the United States government to take care of its veterans and people who have fought for the country. It’s just heartwarming to know that it’s always there is still a splendor of God’s love.”

As of December 7, 2021, exactly 361 crew members have been identified through DNA. The remaining 33 unidentified sailors were buried with full military honors at the National Memorial Cemetery of the Pacific in Honolulu.

“A good brother,” said Hugh. “He was educated and very considerate of the rest of the family.”

Terra's stablecoin crashed. What does it mean for his colleagues? Here are the potential winners and losers