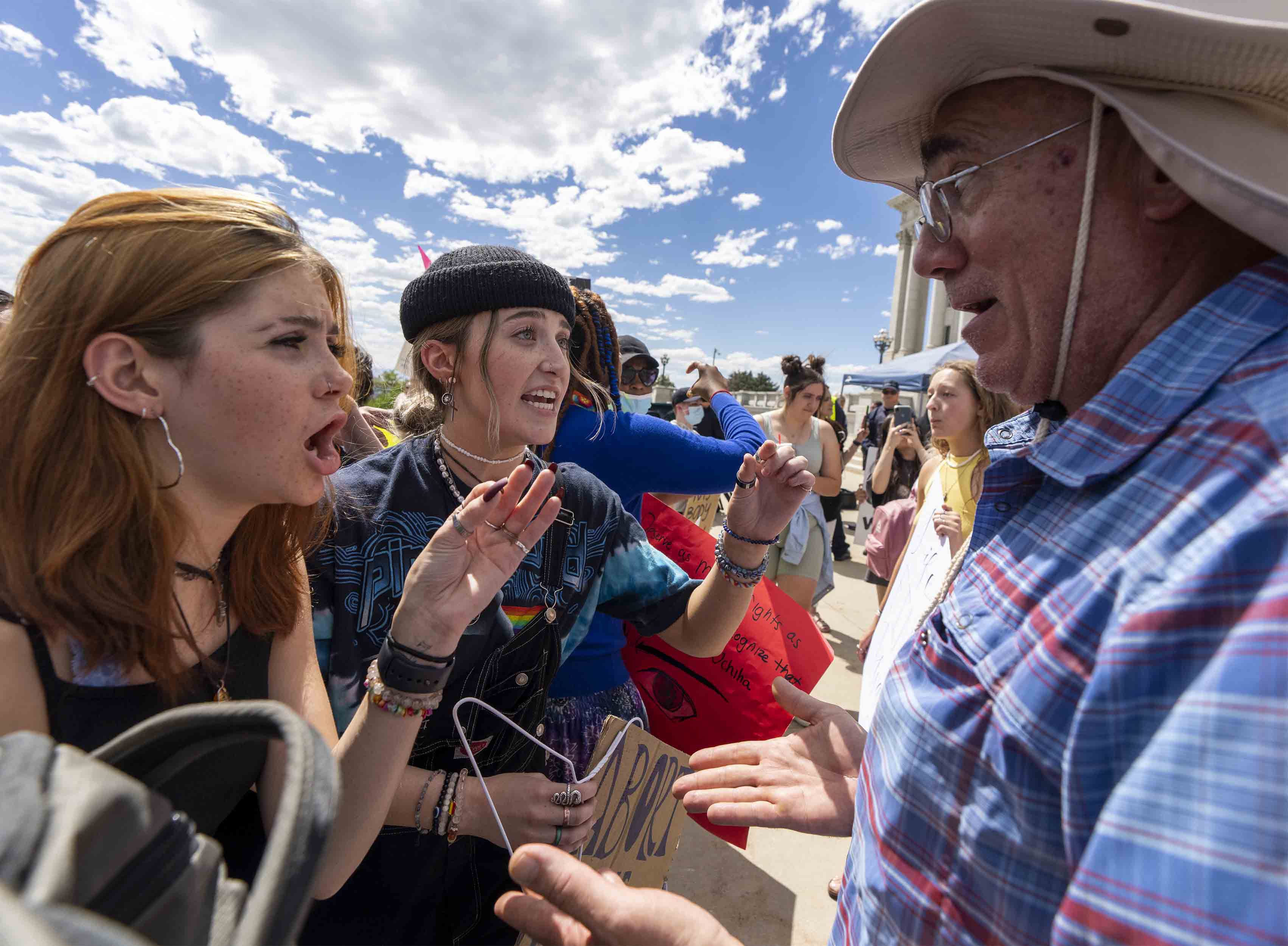 Also, if the LDS Church no longer needs money, could the principle of tithing change?

(Rick Egan | The Salt Lake Tribune) Anti-abortion supporters and pro-abortion supporters face off on July 2, 2022 in the Utah Capitol. Some Latter-day Saints fear that after the end of Roe v. Wade and abortion will be a divisive issue at church meetings.

Following the Supreme Court decision in Dobbs v. Jackson, the church announced that its position on abortion “remains unchanged,” and then gave the go-ahead for members to “join efforts to protect life and uphold religious liberty.” participate”.

Of course, nothing prevented Latter-day Saints from doing so before. Church leaders have always encouraged members to get involved in civic affairs.

But with that added support for Church involvement and the shifting of the thorny abortion debate to the states, the once-settled issue (Roe v. Wade had protected abortion as a constitutional right for nearly half a century) will now once again be a front burner .

Add to this fresh evidence from the Supreme Court that the Obergefell ruling (legalizing same-sex marriage) could be next, and more political polemics could loom.

This polarizing prospect has, for one, a Wheat & Tares writer concerned that these hot-button issues are spilling over into Latter-day Saint chapels and dividing (further?) members.

“This is important to me because mixing politics and church has been the worst thing that has happened to my church experience,” Elisa writes in a recent blog post. “Although I disagree with the institutional church on many issues, I’ve long felt that my field experience is pretty good, and as long as I keep my focus on Jesus and my own church, I’m doing fine.”

But will competing viewpoints on these thorny issues now creep into communion talks, Sunday hours, and foyer talks?

“A big benefit for me of Roe … and Obergefell was that while people in the church (sometimes) talked about abortion and (often) same-sex marriages, it was reassuring to know that their religious beliefs and political opinions could not be violated.” my own reproductive rights or the marriage equality of my friends and families,” explains Elisa. “…Now that reproductive choice is again an open issue – subject to campaigning and advocacy and signposts and laws – the beliefs of my community members are likely to affect my own reproductive rights and those of my sisters and daughters and friends…. So it’s no longer something I can just look away from or agree to disagree with or live and let live. It is very personal and has a concrete impact on my own life and family.”

A new entry in the Church General Handbook could help ease such friction in the meetinghouse.

“Political decisions and affiliations should not be the subject of teaching or advocacy in church institutions,” it warns. “Leaders ensure that Church meetings and activities focus on the Savior and His gospel. Members should not judge each other in political matters.”

The questions then are: do abortion and same-sex marriage fit into this “political” category? And even if they do, will leaders and members heed the handbook’s advice?

There is a wealth of news about the, well, wealth of the Church.

Wheat & Tares blogger Bishop Bill wondered that recently, particularly after referring to a statement by the sixth President of the Church, Joseph F. Smith, who said during the April 1907 general conference that the leaders of the Saints of the Latter-day expectation “to see the day when We need not ask you for a dollar of donations for any purpose except that which you willingly give, for we shall have tithes in the Lord’s storehouse enough to pay for all what is necessary for the progress of the kingdom of God.”

When Apostle David A. Bednar was asked during a May question and answer session at the National Press Club if Church leaders ever talked about relaxing the tithing standard for Latter-day Saints living through war or poverty, he conceded that the denomination “was spending its money does not need,” but was quick to add that these members “need the blessings that come from obedience to God’s commandments.”

(The Church of Jesus Christ of Latter-day Saints) Latter-day Saint Apostle David A. Bednar addresses members of the National Press Club-based church “needs” at a luncheon in Washington Thursday, May 26, 2022 ” no tithing donations from financially strapped members, but that these members “need the blessings that come from obedience to God’s commandments.”

Two years ago, after news of the church’s vast reserve funds broke, the head of Ensign Peak Advisors, the faith’s investment arm, told the Wall Street Journal that leaders were keeping those riches under wraps for fear that members would stop living this principle.

Tithing “is more of a sense of obligation than the Church needs the money,” he said at the time. “So [church leaders] I never wanted to be in a position where people felt they shouldn’t contribute.”

It seems, then, in Latter-day Saint parlance, that “the day of my people’s tithing” is not yet over.

• In this week’s “Mormon Land,” Gabrielle Blair talks about her forthcoming book, Ejaculating Responsibly: A Whole New Way to Think About Abortion, and why she wants to reshape the conversation about sex and birth control, pregnancy and abortion.

• “There are times when abortion is okay, even part of God’s plan.” With these words we look at Latter-day Saint women who have had abortions and realize that their experiences have not always been consistent with the teachings of the Church Church agree on this issue.

• Additionally, the terminology surrounding the end of pregnancy can be confusing, turning what some see as a black and white problem into “3 trillion shades of gray”.

• Popular Apostle Dieter F. Uchtdorf holds dual German and American citizenship, but in a speech before Independence Day he pointed to a third “cherished” citizenship—one separate from any place of birth—as key to promoting world peace.

(The Church of Jesus Christ of Latter-day Saints) Apostle Dieter F. Uchtdorf speaks Sunday, July 3, 2022 during the Patriotic Service of America’s Freedom Festival at the Marriott Center in Provo.

https://www.sltrib.com/religion/2022/07/07/latest-mormon-land-will-abortion/ Will abortion and same-sex marriage polarize in the pews?

Cheese, butter and baby milk are being given safety labels amid rising costs

Hospital under fire for alleged mix-up in morgue