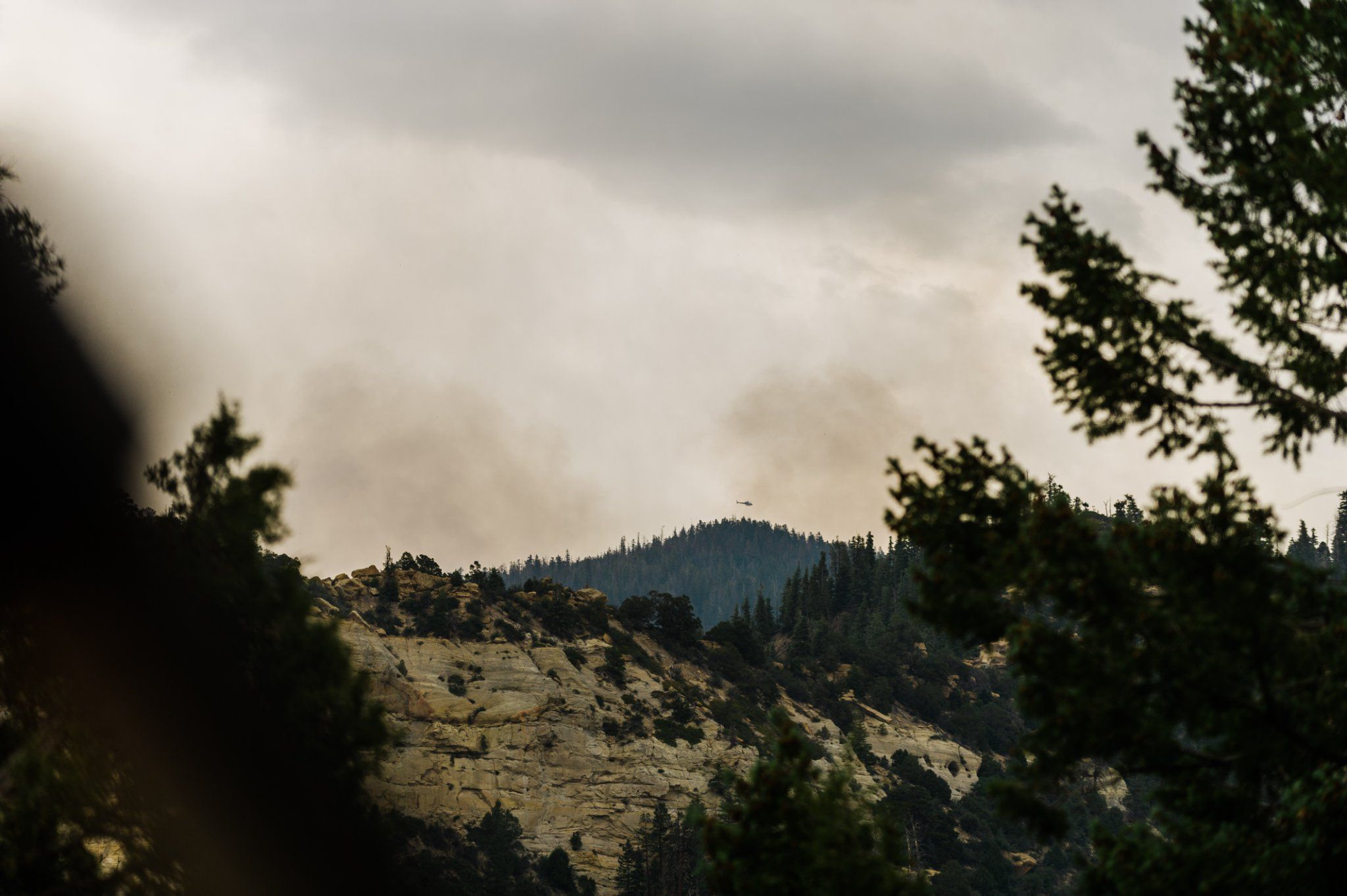 A community near the national park continues to be evacuated.

(Tiff Ringwood) A helicopter battles the Left Fork Fire that has burned over 4,500 acres in Dixie National Park.

Editor’s Note • The Salt Lake Tribune offers free access to wildfire stories. Sign up for our Top Stories newsletter, sent to your inbox every morning. Please support this journalism donate or become one Attendees.

The Left Fork Fire, which rages outside of Bryce Canyon National Park, burned about 4,631 acres in Dixie National Forest Thursday and is only 5% contained, according to Utah Wildfire Info.

The fire started from an April prescribed blaze that reignited May 9 but is believed to have been contained after burning about 100 acres. The fire reignited on June 18 when high winds fanned embers into flames.

No casualties have been reported so far, but the fire is threatening about 50 buildings. An evacuation order remains in effect in the community of Bryce Woodland Estates, located southwest of Bryce Canyon National Park off Highway 89, after it was recommended Tuesday night.

Officials said in a news release that Wednesday’s weather conditions allowed firefighters to make progress in fighting the blaze. Firefighters have contained the north and south edges of the blaze, but its east side is creeping toward “Street 105.” and holds there so far, officials said.

The Kanab Creek Road System is closed for fire fighting. These closures include lands of National Forest System Land bounded by Forest Road 108 to Forest Road 185 west of the Bryce Canyon park boundary and extending south along Forest Road 242 and continuing southwest to Forest Road 109.

Wales: Rapist caught after victim found video of attack on his phone