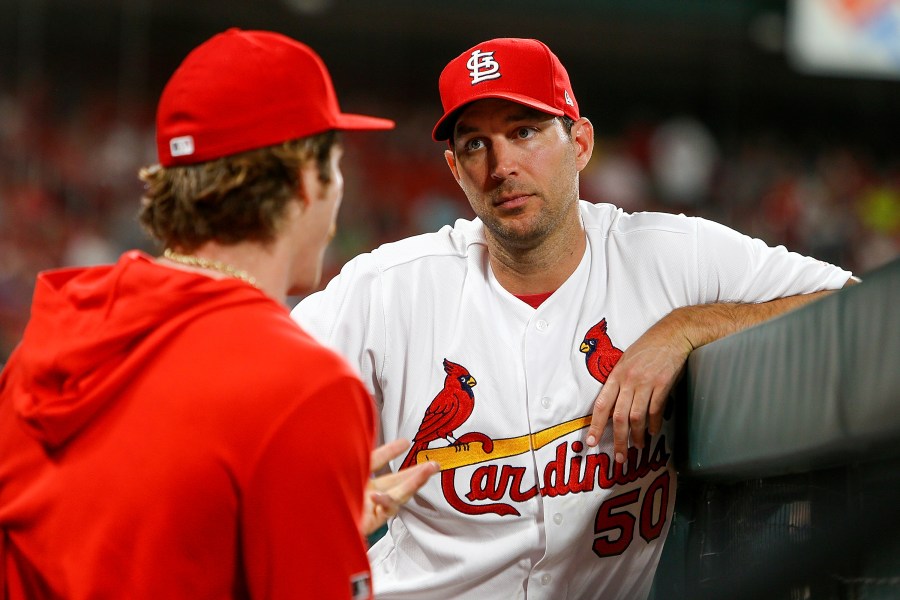 ST. LOUIS – It’s the last day off for the St. Louis Cardinals before the end of the 2022 regular season. Six games remain against the Pittsburgh Pirates before the Cardinals go into battle as National League Central Division champions.

After Wednesday’s loss to the Milwaukee Brewers, the Cardinals will finish the regular season in third place postseason. That guarantees St. Louis will participate in the National League’s first-ever wild card series after a 162-game regular season.

Depending on their fate, the Cardinals could play up to 22 postseason games over four rounds. It’s a situation likely to test the depth, durability and productivity of the starting rotation.

Cardinals manager Oli Marmol hasn’t committed to postseason rotation plans yet, but he has told the St. Louis Post-Dispatch, “Who we play matters” when it comes to decision-making. The Cardinals have a chance to host either their recent opponent at the Brewers, the San Diego Padres or the Philadelphia Phillies.

Since the beginning of August, the Cardinals have consistently relied on six pitchers in the rotation. This core includes: Adam Wainwright, Miles Mikolas, Jose Quintana, Jordan Montgomery, Jack Flaherty and Dakota Hudson.

Here’s how each starter has fared since the August 2 close:

Here’s how everyone has fared against the Brewers, Phillies, and Padres in matchups this season. Such splits could be valuable when Marmol decides who to start in a three-game streak. If the Cardinals progress past the wild card round at this point, those starting could be in postseason rotation for good to help the team maintain structure and momentum.

It’s unclear what direction Marmol might be headed in, but how he restructured the rotation ahead of a brief two-game streak in Milwaukee is notable. He teamed with Miles Mikolas and Jose Quintana to attend games that would see the Cardinals win the National League Central Division. Mikolas delivered an extra break and Quintana was moved up the order, likely indicating these two could cover big innings to start the post-season games.

The Cardinals will turn to Jack Flaherty, Jordan Montgomery and Adam Wainwright in the final home series against Pittsburgh September 30-October 2. All three could potentially start a normal or extended-break Game 1, assuming this weekend’s starts are their last through the regular season rotation.

St. Louis could appreciate a post-season routine with at least one left-hander as a permanent rotation member, so possibly either or both from Quintana or Montgomery. Some postseason hopefuls, including the Brewers, Padres and Mets, rank in the bottom half of MLB for left-handed batting averages this year.

Experience could also play a big part. Wainwright has 29 career games and 16 career starts in the postseason, and leads both divisions by a substantial margin among his rotation peers. No one else in the Cardinals regular rotation has more than four postseason starts. Jordan Montgomery has only one postseason game under his belt.

It’s very possible that Marmol and the Cardinals will not solidify the postseason rotation until just before the start of next week’s postseason. Regardless, the plethora of options is a good concern for the Cardinals as they head into their fourth Red October in four years.

Sackboy: Big Adventure is the next PlayStation PC game

USPS is making this important change to your mail starting Sunday