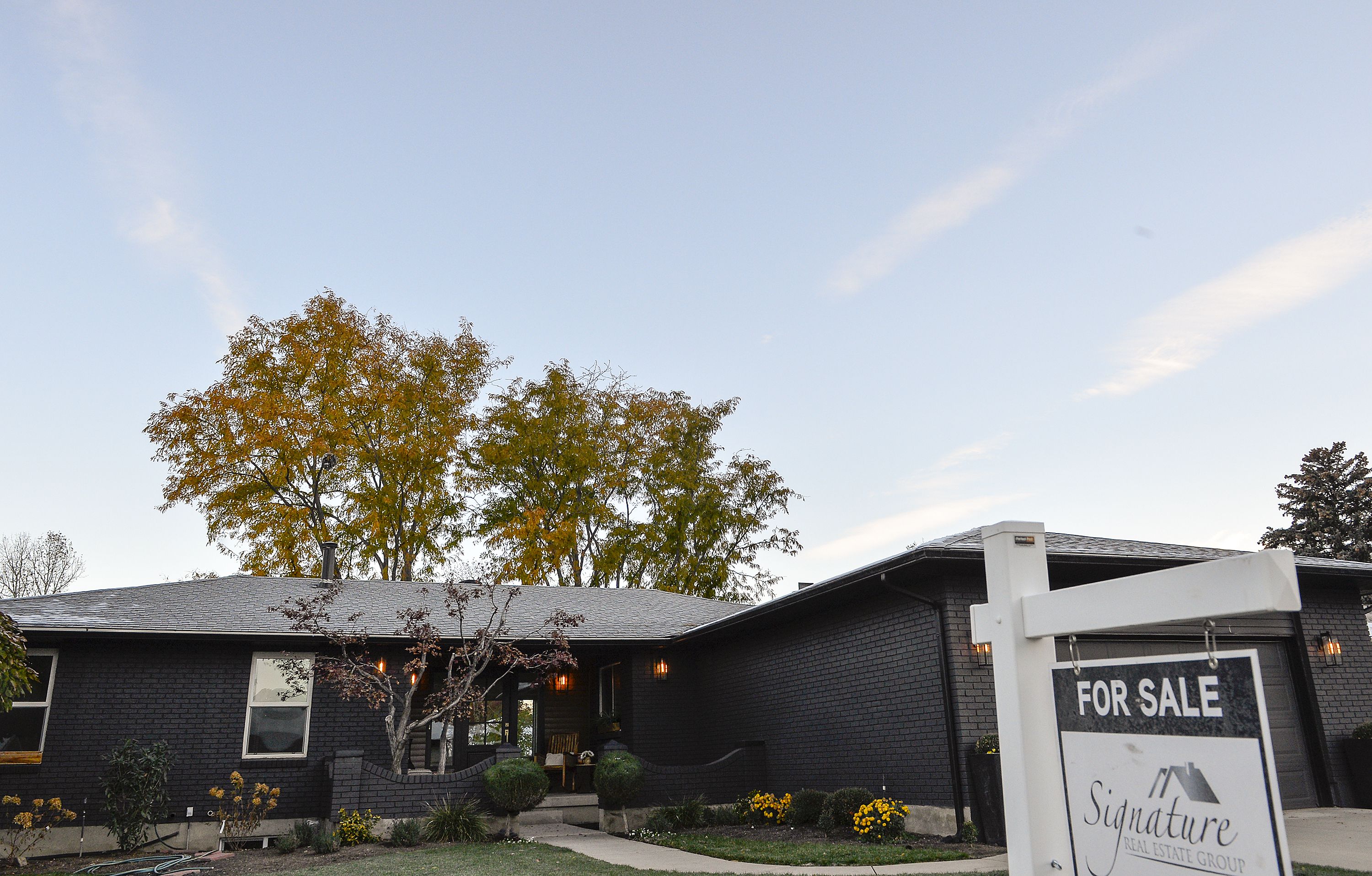 It’s only two weeks into 2023, and Utah real estate agents are already being told to look into 2024 for improvements.

Hundreds of them broke into slow, nervous laughter on Friday as one of the state’s top real estate economists offered them advice after issuing a series of forecasts of further rate hikes, falling home sales and other bleak signs for this year.

“Just hang in there,” said Jim Wood of the University of Utah’s Kem C. Gardner Policy Institute as they gathered for an annual look into their crystal ball. “2024 will be better.”

Historically wild swings in housing markets that began with the COVID-19 pandemic and have wreaked havoc ever since, along with the state’s long-standing housing shortage, still have a few quarters to go, Wood and other economists added — at least.

Here’s some of what to expect:

• Utah is unlikely to experience a recession, although the large job gains it is enjoying are likely to slow.

• Home prices are falling from their big rise since 2020 – and almost a decade before that, for that matter – and are likely to continue ticking lower well into this year. But sustained slumps tantamount to a real estate bubble are “extremely unlikely,” Wood said.

Home sales in the five-county area centered in Salt Lake City will fall sharply for 2023 and nationwide, forecasters agreed. This is devastating news for many homebuyers, real estate agents, mortgage and property sectors, and builders alike.

But unlike during the Great Recession, employment in the state remains strong, with an unemployment rate now at 2.2%, the lowest in the country. Tech companies and Wall Street could lay off workers, said Lawrence Yun, chief economist and senior vice president for research at the National Association of Realtors, but “real jobs are being created” in Utah.

The Salt Lake Chamber said this week that November marked the 21st straight month that unemployment in the state fell below 3%. Derek Miller, its president and CEO, said in a statement that Utah remains “a safe haven for business with good governance and smart policies in a slowing global economy.”

How this living cycle is different

For housing, this has also meant that homeowners aren’t losing their paychecks in droves like they were in the housing crash of late 2007-2009. Today, Yun said, instead of the housing glut that swept the economy 15 years ago, Utah and the US “already had a housing crisis before COVID, and it just got worse during the COVID housing boom.”

The Beehive State in particular is grappling with a glaring shortage of affordable housing for sale and rent, and housing will likely be a dominant issue in the Utah 2023 Legislature, which convenes its general assembly next Tuesday.

Home builders in Utah, meanwhile, have clearly retreated from the frantic pace of housing starts and new developments of just a year ago. According to the state’s latest economic report, single-family home permits fell 32% from a year earlier, the sharpest drop since 2008.

However, Yun said rents, which have also been rising at an historic pace in Utah, could slow in 2023 as a wave of new-build housing comes into service.

We have a global pandemic, stimulus spending, busted supply chains and a war in Ukraine all fueling inflation, which has led to the rate hikes, the 1,000 or so realtors gathered at the Grand America Hotel in Salt Lake City were told . Many said full-year forecasts set a scary tone for the year ahead.

Gary Cannon, a veteran realtor and founder of Cannon & Company Real Estate Services in West Jordan, praised his fellow realtors for their passion and resilience, but joked that an era of relatively hassle-free home sales was over.

“It’s nice to see all those faces again,” Cannon said, “after five or six years of paid leave to work.”

Vendors are waiting for the dust to settle

Salt Lake County home prices have fallen every month since May, after rising about 25% year over year and nearly doubling over the past five years. The median selling price for single-family homes, condos, townhomes and semi-detached homes combined in the district fell to $485,829 in December from $565,600 in May as the Federal Reserve began its assault on rising inflation.

So that’s a good sign for those hoping to make a purchase, but at the same time their projected monthly payments have almost doubled. Hardest caught in this trend: younger first-time buyers. At the same time, many would-be sellers are clinging to their home base, elated by recent gains and skeptical of what is to come.

“You stand back and wait for the dust to settle,” Wood said on Friday. “We’ve led the country in price hikes, so it’s time for a breather.”

When it comes to the prospect of sliding into a recession, the current housing cycle offers a more nuanced picture than past downturns. Utah’s many attractions, its niche as a relatively low-cost destination state for those fleeing larger cities — and its strong economic recovery since the pandemic — are likely to isolate it if a national downturn hits, economists said.

“Our official forecast for the state doesn’t point to a recession in 2023 or 2024,” said Wood, who nonetheless admitted he was “more on the optimistic side” than many of his peers.

Yun also expressed optimism – for 2024 and beyond. Utah last year saw its biggest wave of emigration since World War II, and the economist said data suggests “more people are moving to the region in the future, for better or for worse.” In addition to other effects, this will give the home markets a long-term boost.

“Price predictions for this year are uncertain,” Yun added, “but in 10 years, the winners will be those who brought property.”