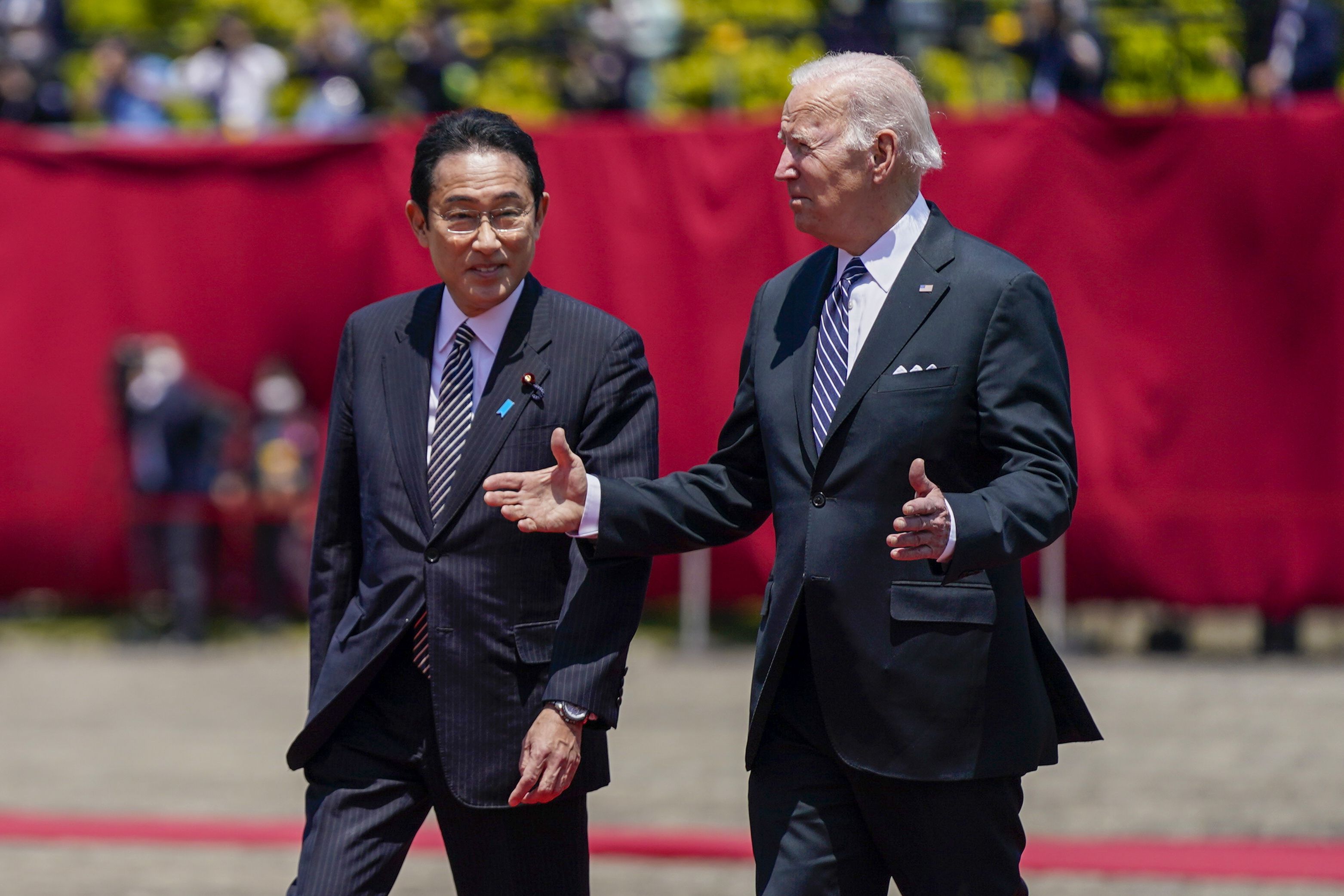 TOKYO – Leaders of the US, Japan, Australia and India met in Tokyo on Tuesday for a summit of the “Quad”. What is the group, where does it come from and why do diplomats keep coming up with strange names for different partnerships?

WHAT IS THE QUAD?

Formally the Quadrilateral Security Dialogue, the Quad began as a loose partnership after the devastating 2004 Indian Ocean tsunami, when the four countries joined forces to provide humanitarian and disaster relief to the affected region. It was formalized by former Japanese Prime Minister Shinzo Abe in 2007, but then lay dormant for nearly a decade, particularly amid Australian concerns that its participation in the group would irritate China.

The group was revived in 2017, reflecting changing attitudes in the region towards China’s growing influence. Both the Trump and Biden administrations saw the Quad as key to a greater focus on the Indo-Pacific region, particularly as a counterweight to China’s assertive actions. The quad leaders held their first formal summit in 2021 and met again virtually in March.

China has lamented that the group represents an attempt to form an “Asian NATO” despite the lack of a mutual defense pact, unlike the European alliance. Quad members say the group aims to deepen economic, diplomatic and military ties between the four countries. And while they often don’t say so explicitly, these partnerships are meant to be a bulwark against Chinese aggression. In a March 2021 statement setting out the “Spirit of the Quad,” leaders said, “We bring diverse perspectives and are united in a shared vision for the free and open Indo-Pacific.” We strive for a region that is free, open, inclusive, healthy, anchored in democratic values ​​and free from coercion.”

WHO ARE THE NEW FACES?

Indian Prime Minister Narendra Modi is attending as he faces increasing global scrutiny over his government’s anti-minority crackdown and some authoritarian tendencies. While the other members of the Quad have united in resisting the Russian invasion of Ukraine, particularly with sanctions, post-invasion India has increased its purchases of Russian energy stocks. In addition, the invasion has led to food shortages causing price spikes, yet India banned wheat exports following a heatwave that could make this global challenge much more difficult to resolve.

WHO ELSE IS INVOLVED?

South Korea has expressed interest in joining the Quad, although US officials have said they are not considering adjusting the group’s membership. The group has held “quad-plus” meetings involving South Korea, New Zealand and Vietnam, which could form the basis for future expansion or partnership in the region.

WHY THE UNUSUAL NAME?

Diplomats can’t help it. Once they’ve formed various pairings or partnerships, they can’t resist assigning nicknames like the quad or confusing acronyms like AUKUS (the new Australian-UK-US alliance). Another acronym that caught attention this week while President Joe Biden was in Asia: IPEF, short for the US-proposed new trade deal called the Indo-Pacific Economic Framework.

https://www.local10.com/news/politics/2022/05/24/explainer-whats-the-4-nation-quad-where-did-it-come-from/ What is the 4 nation quad, where did it come from?

'What they did is wrong': Everett students march on City Hall as city council resigns over racist messages - Boston News, Weather, Sports

When does Grey's Anatomy end? Everything Ellen Pompeo said