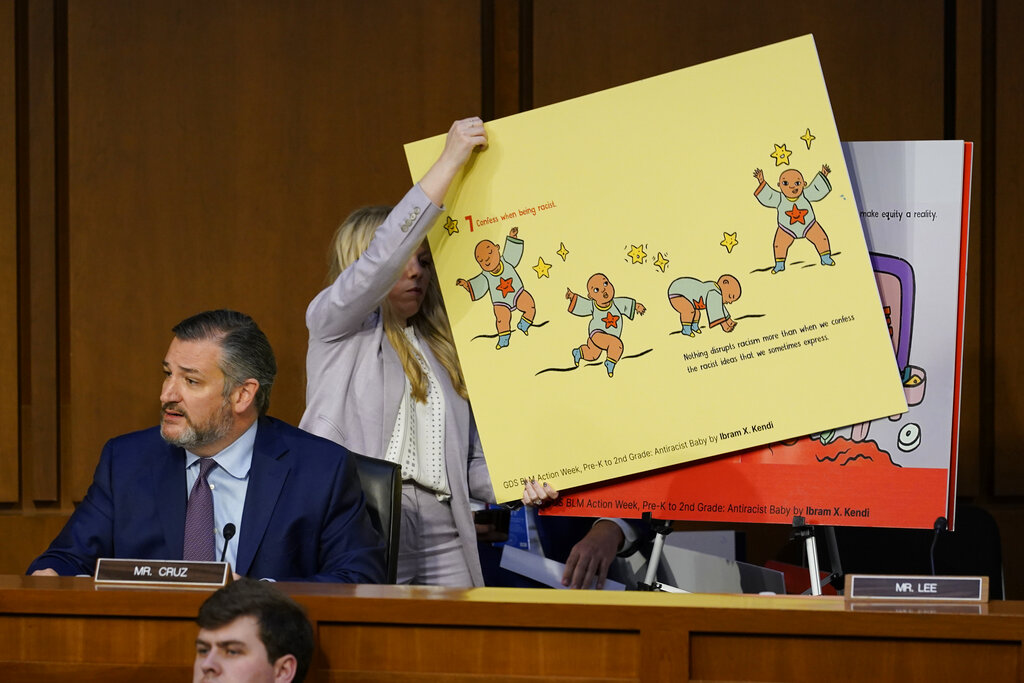 Let’s start with the easy part. Sen. Ted Cruz, R-Texas, was wrong to lecture Judge Ketanji Brown Jackson in her Supreme Court confirmation hearing about books allegedly used to teach critical race theory at Georgetown Day School, where Jackson sits on the board of trustees . It had nothing to do with her suitability for the court, but everything to do with Cruz’s attempts to slander Democrats and—not coincidentally—to gain attention.

But later reports of Georgetown Day — an expensive private school in Washington — have shown that it’s hardly the left-wing indoctrination factory that Cruz envisions. On the contrary, it makes an explicit effort to expose students to multiple viewpoints.

That’s a lesson our colleges can all learn right now. Too many of our colleges and universities shy away from developing ideas that might challenge or disrupt the prevailing wisdom on campus, especially when it comes to race. And that inhibits knowledge and learning for all of us.

In response to Cruz’s allegations of liberal propaganda at Georgetown Day School, student president Aidan Kohn-Murphy, a senior, noted that eighth graders need to create a group project on a controversial constitutional issue and invite speakers with diverse perspectives.

Kohn-Murphy’s group decided to study Affirmative Action and invited conservative strategist Edward Blum, who spearheaded the recent lawsuit against Harvard University over alleged anti-Asian bias in its admissions policy. (Citing her service on the Harvard Board of Directors, Jackson vowed to withdraw from the case if she is confirmed in the Supreme Court.) But it’s hard to imagine a major university hearing a speech by Blum or any other leading opponent of Affirmative action holds .

Look no further than last fall’s Imbroglio at the Massachusetts Institute of Technology, which canceled an invitation to University of Chicago geophysicist Dorian Abbot. Abbot was scheduled to give a lecture on climate change, his academic specialty. But he also co-authored an op-ed in Newsweek advocating a “merit, fairness and equity” framework for university admissions, where applicants “are treated as individuals and through a rigorous and unbiased process based on their Merit and would be valued qualification alone.”

That would mean an end to legacies and athletic approvals, Abbot wrote, not just those based on race and ethnicity. But in the white-hot cauldron of contemporary campus politics, any overt criticism of race-based affirmative action has become taboo. On social media, students and alumni accused Abbot of being racist. So if MIT sponsored his speech, they would also be complicit in racism.

“Totally unacceptable and sends a message to any non-white male student that he doesn’t matter,” wrote one MIT graduate student. Another alumnus wrote, “Imagine being a student/employee of color in an environment where someone like him is rewarded with one of the most prestigious platforms for speaking.”

Regardless, 74% of Americans believe companies that hire employees “should consider only one person’s qualifications when making those decisions, even if it results in less diversity,” according to a 2019 Pew Research Center poll. And never mind that African Americans are less likely than white progressives to support affirmative action. The new rule is clear: if you don’t support Affirmative Action, you’re not welcome here. Period.

Imagine if Georgetown Day School followed MIT’s lead. The school is justifiably proud of its anti-racist history: Dating back to the Jim Crow era, it was founded by Black and Jewish parents who wanted a racially inclusive environment for their children. But if it had adopted the prevailing dogma in our universities, it would never have given the conservative Blum a chance to speak. This could have been construed as a racist act threatening to harm minority students.

This patronizes the students, all under the pretense of protecting them. And it certainly doesn’t reflect Judge Jackson’s philosophy, which embraces rather than hides from differences. At a recent academic conference, a friend told Jackson that she was leaving because she was annoyed by the views of some of the speakers.

This is why we must go to school: to encounter views other than our own. Shame on our universities for losing sight of that.

Jonathan Zimmerman teaches Education and History at the University of Pennsylvania. He is co-author of Free Speech and Why You Should Give a Damn with cartoonist Signe Wilkinson. He wrote this column for the Chicago Tribune.

$200m to $2.8bn Abbotsford flood defense plans go to council next week - BC