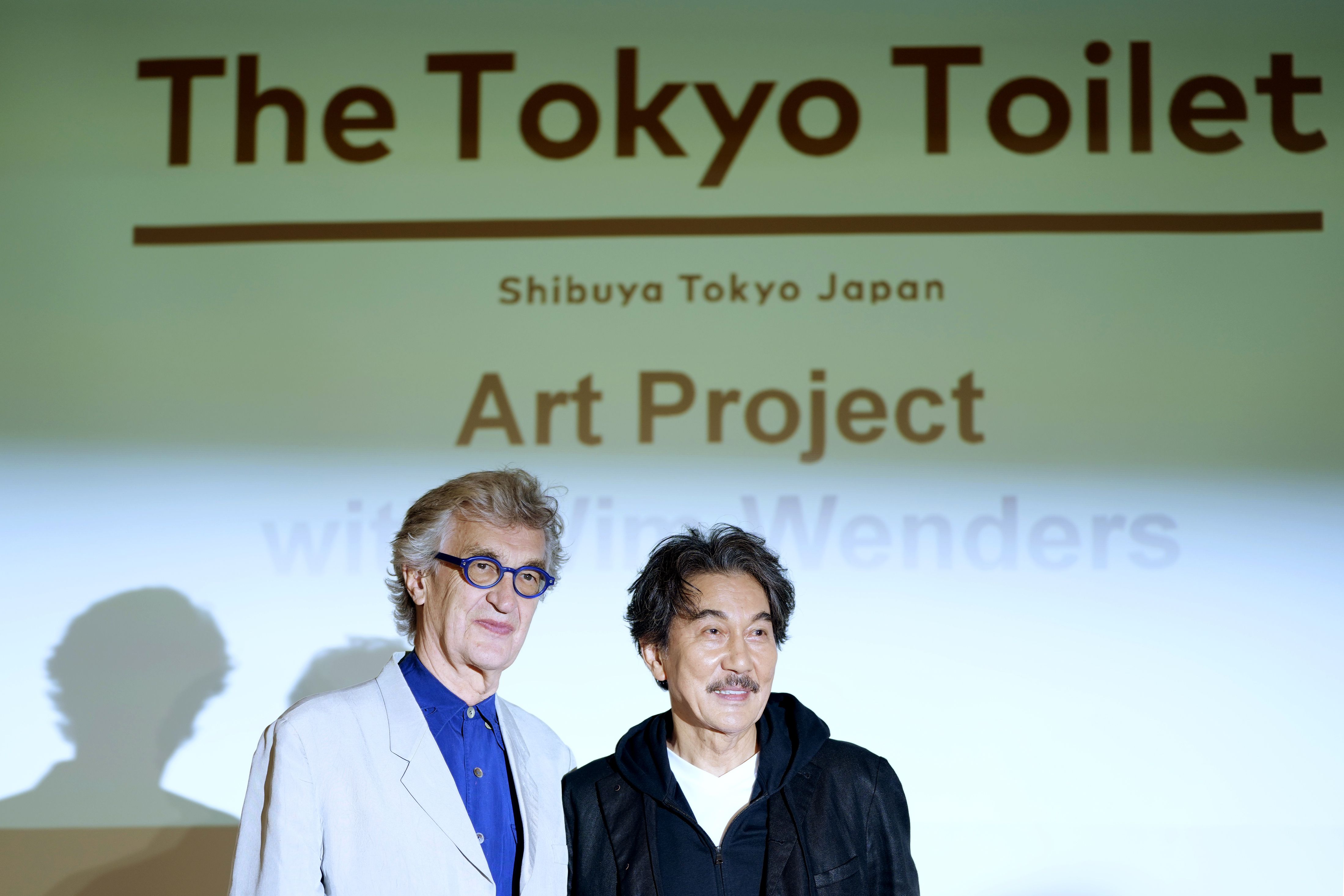 TOKYO – Wim Wenders is directing a film about high-quality public toilets in Japan that will have what the renowned German director calls “social relevance” for people in modern cities.

“My first reaction was, I have to admit, what? toilets? Chotto mattene,” he said Wednesday, using the Japanese expression for “wait a minute.”

But then he began to see what the story could be about.

“For me, they have turned from toilets into toilets. That’s a very nice word in English, the toilet. As I saw these places over the next few days, I realized they are toilets in the truest sense of the word,” Wenders told reporters in Tokyo’s hip Shibuya district, where dozens of public toilets are located.

The facilities were designed by leading architects such as Kengo Kuma and Tadao Ando with the idea that a pleasant public restroom could defy the general expectation that it needs to be dirty, graffitied or associated with crime.

Wenders, the Oscar-winning director of Wings of Desire and Buena Vista Social Club, said when he saw Shibuya’s bathrooms, he was touched.

“This is a really precious place,” Wenders said.

And so the hero of his film will be a sanitary worker who cleans the toilets and sees his job as a craft and a service for the people. Details of the script are still being worked out.

Koji Yakusho, known for playing Japanese Everyman in works like Shall We Dance and Babel, said he accepted the role as soon as it was offered because he wanted to work with Wenders.

“I have a feeling it’s going to be a beautiful story. And I believe that a story that has the toilet as a backdrop, with the person who works there and the people who use it, will help to understand Japan,” Yakusho said.

The Tokyo Toilet project was initially conceived to impress foreign visitors expected to attend the Tokyo 2020 Olympics before the coronavirus pandemic forced the events to take place without spectators in the stands.

The public restroom designed by Ando is round with frames for the outer walls to allow air to circulate. In real life, men in blue overalls by Japanese fashion designer Nigo clean it without water to avoid mold or rot.

The project, including Wenders’ film, is supported by Fast Retailing, the company behind clothing chain Uniqlo, and the Nippon Foundation, which runs humanitarian projects with boat racing proceeds.

Wenders said his film will explore a deep concept despite its modest setting.

“I think that’s almost a utopia, because the toilet is a place where everyone is equal. There is neither poor nor rich, old or young. Everyone is part of humanity,” he said.

https://www.local10.com/entertainment/2022/05/11/wenders-making-a-film-about-fancy-public-restrooms-in-japan/ Wenders is making a film about chic public toilets in Japan

Stablecoin Terra falls as low as 30 cents on the dollar