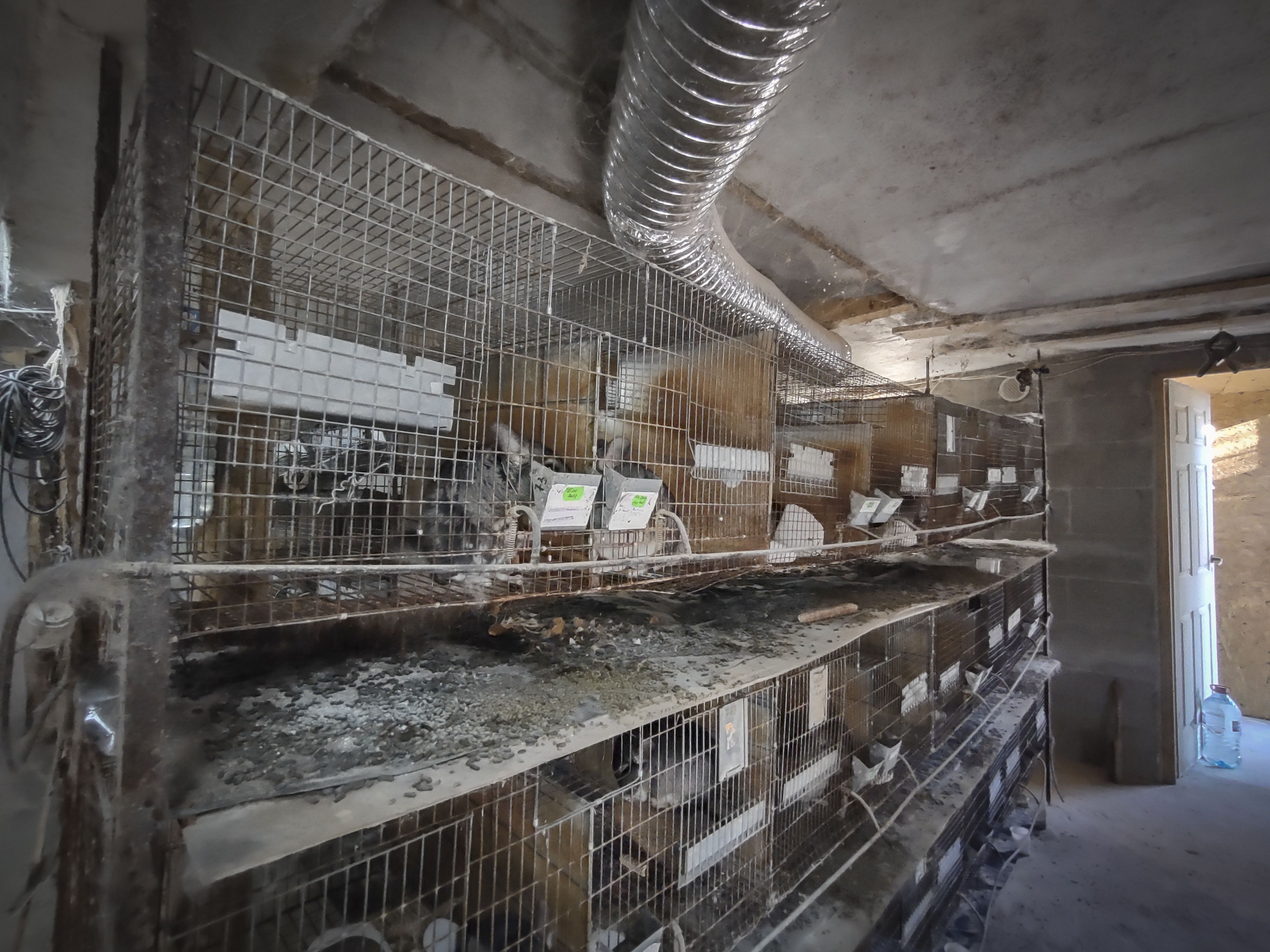 SIGHISOARA – In a dingy basement, chinchillas bred to supply the fashion industry with their fur bite the wires of cages stacked floor-to-ceiling with no natural light while their babies struggle across the wire mesh floors.

The video captured scene is among the findings of an undercover investigation into conditions on chinchilla fur farms in Romania conducted last year by animal rights group Humane Society International.

On Wednesday, charity Ciuca officially filed a report of its findings, seen exclusively by The Associated Press, urging it to “end this cruel suffering in the name of fashion.”

HSI investigators examining 11 chinchilla farms in different parts of Romania said some farmers told them they would kill the animals by breaking their necks – a practice at odds with killing methods Approved by EU law for chinchillas.

Chinchillas are a very sociable species of rodent native to South America and prized for their soft, silky fur.

“This research provides shocking evidence of the deprivation these animals suffer for the fur industry in Romania,” said Andreea Roseti, HSI’s country director in Romania. “Such atrocities bring shame to Romania and we hope our investigation will mark the beginning of the end of the fur industry here.”

A fur farmer allegedly showed an HSI investigator a homemade gas chamber – a cruel killing method allowed under EU law – that was built “using a pressure cooker”. The group also said that female chinchillas are kept in near-permanent pregnancy cycles, during which they are forced to wear a “stiff neck brace or collar” to prevent them from escaping during mating.

In response to the HSI’s investigation, a group of Romanian lawmakers tabled a bill in parliament on Monday calling for a ban on breeding and killing animals solely for their fur. It was signed by five MPs from the centre-right National Liberal Party.

It’s a push for Romania, which has been an EU member since 2007, to “align itself with EU legislation” and join other bloc members who have already introduced such bans, lawmakers said.

Gheorghe Pecingina, the MP who initiated the proposal, told The Associated Press it was important that the “cruel” practice ended now that chinchillas in Romania were “killed with barbaric methods”.

Prime Minister Ciuca’s office and the Association of Romanian Leather and Fur Producers did not immediately respond to AP requests for comment.

“There is no way that animal life or anything related to those animals should be acceptable in the fur industry,” said HSI’s Roseti. “These animals are only bred for their fur, which is used for fashion… there is no reason to keep (them) in these conditions and kill them.”

Fur Free Europe, a European citizens’ initiative backed by dozens of animal rights organizations and registered by the European Commission in March, is launching a petition calling for an EU-wide ban on fur farms and trade in fur products in the bloc’s market . More than 377,000 signatures have been collected so far.

“This is Romania’s chance to be on the right side of history,” said Roseti.