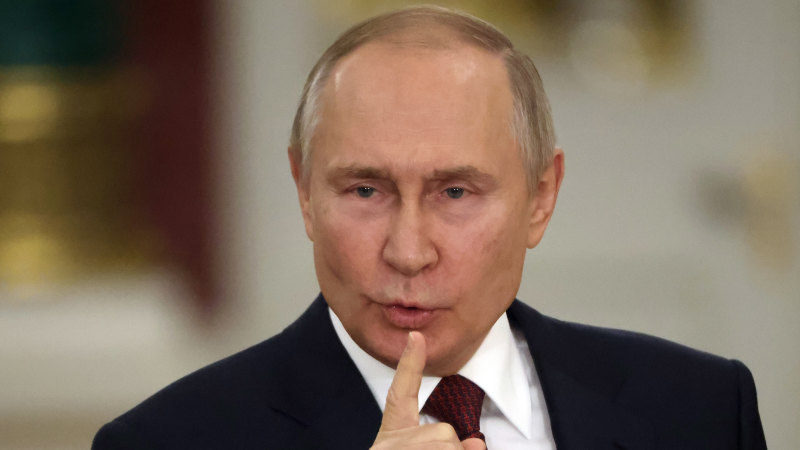 Unfortunately, for all its misery and dysfunction, there is little evidence that Putin’s regime is about to collapse on its own.

Putin is so paranoid and afraid of his fellow citizens that he rarely appears in public. But he remains in control, and his key lieutenants in the Security and Defense Forces remain loyal at this stage.

Western sanctions have so far had only a modest impact on Russia’s economy, which survives by selling oil and gas to countries like China and India.

Russia suffered heavy casualties during the war. This week, a Ukrainian attack using US-supplied HIMARS precision-guided artillery scored a direct hit on a military barracks in the town of Makeevka, near the front line, likely killing or wounding hundreds of young Russian conscripts.

Ultimately, these sacrifices will undermine support for the war.

On New Year’s Eve, Ukrainian President Volodymyr Zelenskyy, in his fluent Russian, appealed directly to the Russian people, telling them that Putin was “only interested in staying in power and not what happens to its citizens.”

But for now, Putin can use his control of the media and police to nip any dissent in the bud. Russians opposed to the war only express their dissent by dodging conscription or turning off the propaganda that clogs state television.

If Russia is to be expelled from parts of Ukraine it occupies, Australia and Ukraine’s other allies face a protracted conflict.

In order to break the deadlock at the front that has lasted for three months, there is no alternative to supplying more modern weapons.

But it will take more to push Russia back. Australia should announce more military aid to Ukraine as a priority. It cannot count on Putin to self-destruct.

https://www.smh.com.au/national/nsw/we-can-t-rely-on-putin-to-self-destruct-20230103-p5ca51.html?ref=rss&utm_medium=rss&utm_source=rss_national_nsw We cannot count on Putin to self-destruct