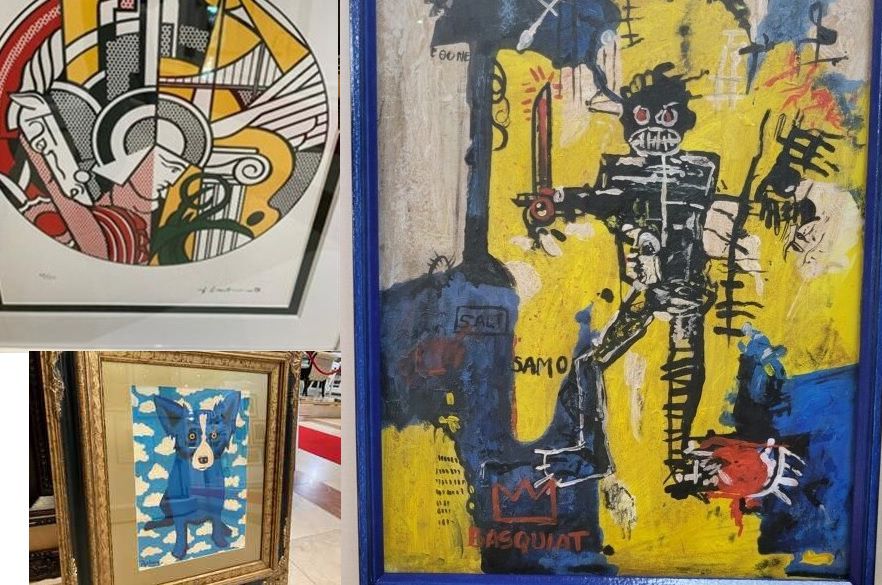 MIAMI – In December 2021, FBI and IRS agents pulled up outside an art gallery on expensive Worth Avenue, went inside, bagged up some artwork, then covered the gallery’s windows and surrounded them with yellow caution tape.

On Friday, Palm Beach art dealer Daniel Elie Bouaziz made his first appearance before a federal judge in Miami. He faces multiple charges, which investigators have concluded was part of an art fraud scheme he conducted through sales at his Worth Avenue galleries, Danieli Fine Art and Galerie Danieli.

Investigators say Bouaziz would buy inexpensive reproductions from online auction sites and market the works as originals or authentic pieces by prominent artists including Jean-Michel Basquiat, Andy Warhol, Banksy and Roy Lichtenstein, among others. One of the works found was a counterfeit Basquiat painting sold for $12 million at Danieli Fine Art.

He would deceive buyers by adding a signature to a piece to make it appear authentic and drastically raising prices and selling the works to victims as originals, the investigation said.

The Palm Beach Daily News reported last December that Bouaziz told them in 2017 he was a Palm Beach seasonal resident and a semi-retired French-Israeli opera singer who performed under the name Danieli.

The West Palm Beach Office of the FBI Miami and the IRS-CI Miami were the investigators. The FBI says there may be more victims and anyone with information can call the FBI’s Art Crime Team at 1-800-CALL-FBI.

St. Charles police are looking for an 'armed and dangerous' Missouri man