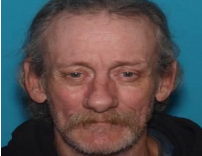 MONTGOMERY COUNTY, Missouri — The Missouri State Highway Patrol has issued a SILVER vulnerable notice for a man who has been reported missing from Montgomery County.

John Olds Sr., 66, was last seen around 1 p.m. Friday in Jonesburg, Missouri, about an hour west of St. Louis.

Authorities say Olds has been diagnosed with dementia and diabetes and has a history of walking away. He was last seen at a Fast Lane gas station in Jonesburg, Missouri, and police believe he is without his medication.


Olds is described as being 5 feet, 9 inches tall and weighing 150 pounds with gray hair, blue eyes and a beard. He was last seen in a black and white checked shirt and blue jeans.

If you have information about his whereabouts, call 911, the nearest law enforcement agency, or call the Montgomery County Sheriff’s Department at 573-564-3378.

Here's what I learned while riding an e-bike to work