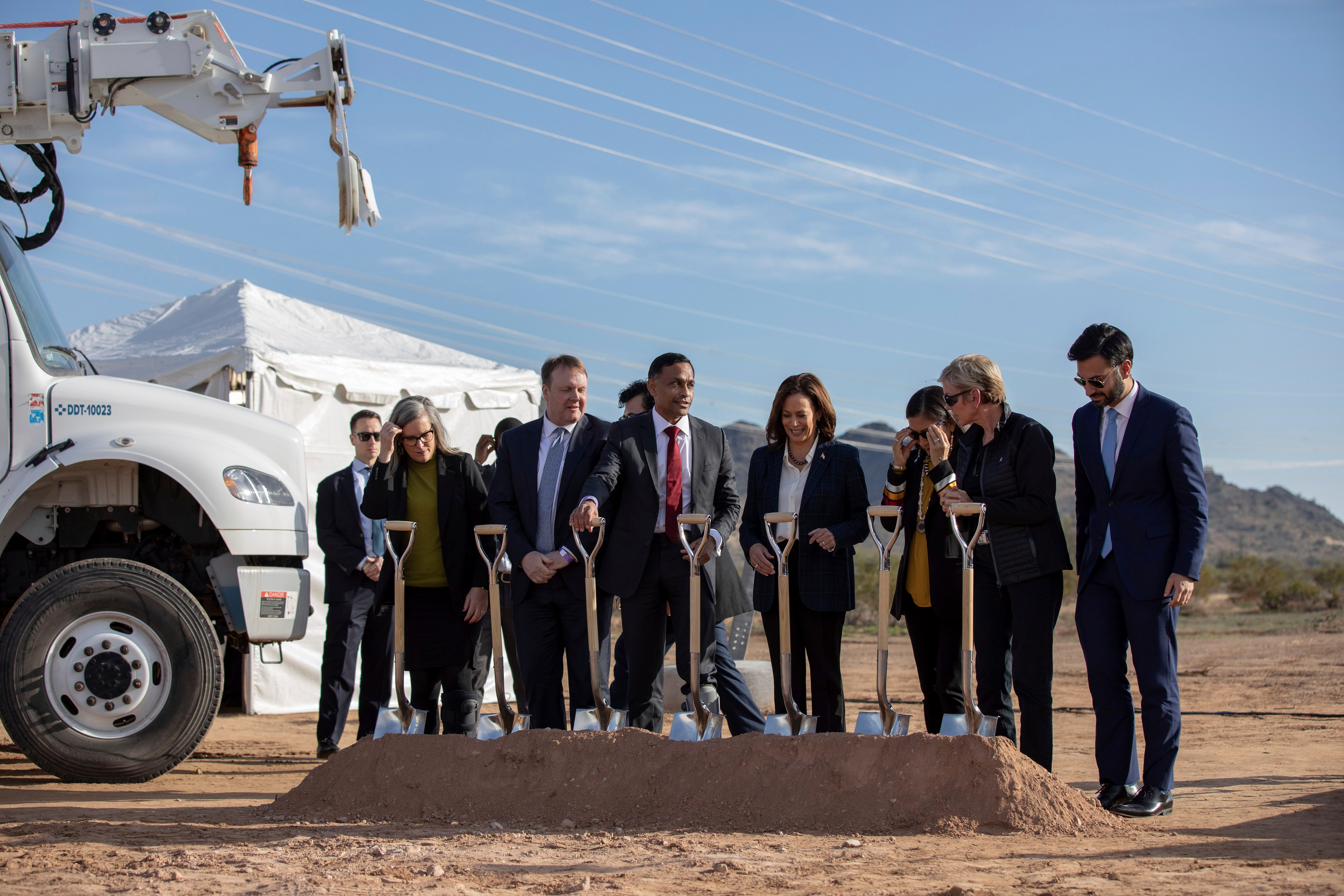 TONOPAH, Ariz. — Vice President Kamala Harris and two cabinet secretaries on Thursday celebrated the start of construction of a new high-capacity power transmission line between Arizona and California that they hope will lead to future solar power farms in the desert outside of Phoenix.

Harris said expanding the power grid will allow the nation to use more renewable energy, a crucial part of fighting climate change.

“I think we’ve turned the page and there’s a consensus that it’s time to take this crisis seriously,” Harris said.

Known as the Ten West Link, the power line will extend 125 miles, connecting substations in Tonopah, Arizona, west of Phoenix, and Blythe, California, on the state border.

President Joe Biden’s ambitious plan to move the nation towards more renewable energy will require thousands of miles of new transmission lines to get power from the undeveloped land that can bring solar, wind or geothermal energy to cities, in which it is used. Government officials say a massive, high-power line stretching across a sunny stretch of desert will encourage investors to pour money into large-scale solar fields in Arizona’s sunny desert to produce power for Phoenix and southern California.

More long-distance power lines also enable more widespread use of renewable energy even when the sun isn’t shining or the wind isn’t blowing in a given location, helping a strong renewable grid to withstand the vagaries of weather patterns.

“This is an example of what we want to see across the country,” said Secretary of Energy Jennifer Granholm, who appeared with Harris alongside Secretary of the Interior Deb Haaland and Arizona Gov. Katie Hobbs, a Democrat.

California has its ambitious climate goals, including a plan to achieve them Climate neutrality by 2045. Implementation of the plan depends on the state’s ability to move away from fossil fuels and rely more on renewable energy sources.

https://www.local10.com/news/politics/2023/01/20/vp-harris-touts-arizona-california-power-transmission-line/ VP Harris is promoting a power transmission line between Arizona and California