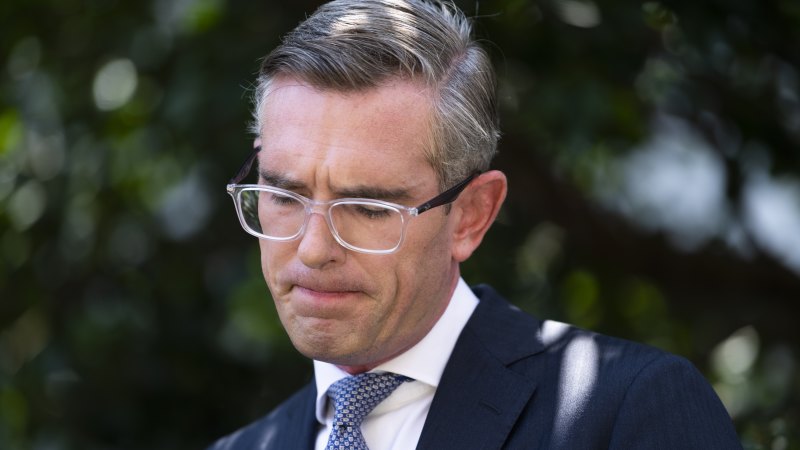 NSW faces the possibility of a second respectable Prime Minister’s career being cut short by a miscalculation buried in his private life.

In 2021, Gladys Berejiklian was forced to resign over an investigation into her dealings with secret boyfriend Daryl Maguire by an independent anti-corruption commission.

Now Dominic Perrottet’s prime minister’s office is in crisis after he admitted to wearing a Nazi uniform at his 21st birthday party in 2003.

In a shocking announcement at a news conference on Thursday, Perrottet said he was “deeply ashamed” of the pain he had caused the Jewish community in particular.

For some voters, this colossal misjudgment of 19 years ago by a misguided young man is dismissed as a silly prank. Everyone does stupid stuff when they’re 21.

Many prominent personalities have lived out similar youthful mistakes. In 2005, a young Prince Harry wore a Nazi costume to a party. Canadian Prime Minister Justin Trudeau was elected in 2019, despite reports that he wore a black face to several parties. There is no indication that either man was irrevocably racist.

Perrottet might have avoided his pre-election problem by revealing it sooner. Former Prime Minister Mike Baird, for example, revealed months before the 2015 election that he had smoked marijuana and eliminated it as a factor in the campaign.

But Perrottet kept this incident to himself. The thing that prompted him to make the disclosure now was a call from a cabinet colleague on Tuesday who appeared to warn him the story was out there and about to erupt. It seems likely that this was part of an internal political crackdown on the prime minister just 10 weeks before the election.

While Perrottet has begged voters’ forgiveness, he himself has been brutal in criticizing the actions of others in the past. Ahead of the 2019 state election, when a leaked tape of then-opposition leader Michael Daley making remarks about the impact of Chinese migration on job availability, Perrottet had no qualms about attacking Daley and forcing him to resign. Perrottet also called for lifetime bans on football fans who gave a Nazi salute at last year’s Australia Cup final in October.

https://www.smh.com.au/national/nsw/voters-will-decide-if-premier-s-revelation-a-knockout-blow-20230112-p5cc7i.html?ref=rss&utm_medium=rss&utm_source=rss_national_nsw Voters will decide whether Prime Minister’s revelation is a knockout