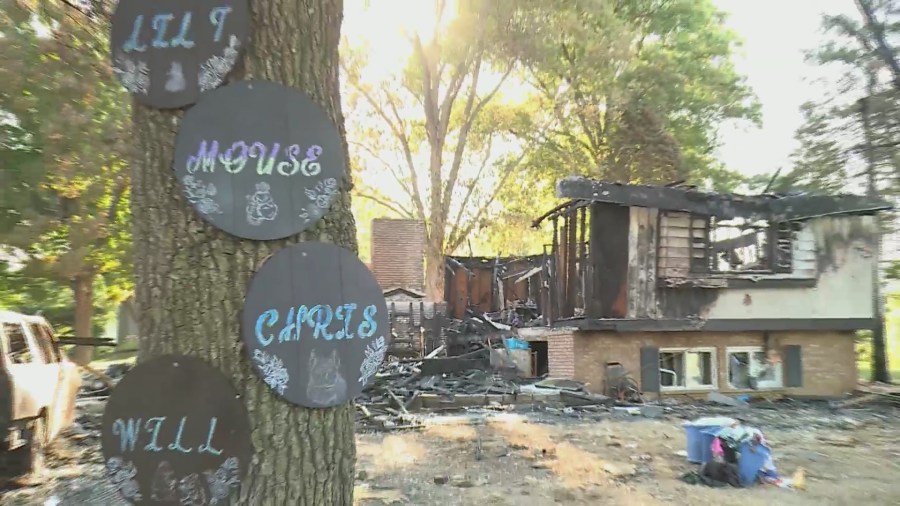 ST. LOUIS COUNTY, Mo. — A man who survived Friday’s deadly home explosion on Parker Road in north St. Louis County is mourning the loss of his family members and friends who were killed in the incident.


Cooks said a vigil will be held in front of the burned home near Parker Road and North Ranch Drive Wednesday from 6:00 p.m. to 8:00 p.m. A tower of balloons and flowers grows on the site. Some parishioners have also made donations for the victims.

“People have prayed for us, donated money and clothing, and really taken care of us during this difficult time,” Cooks said.

On Tuesday evening, family members were camping out around the house, which is eventually set to be demolished. Cooks said the campout was a reflection of the family’s dissatisfaction with the charges brought in the case.


Terrell Cooks and Seneca Mahan face multiple charges including second-degree murder. Investigators claim the two men instructed the victims to make explosive powder from firecrackers, which led to the explosions. Surviving family members do not believe the charges are justified.

“They didn’t do it at all,” Cooks said. “Even if they had, it would never have been on purpose. They’ve been watching over us our whole lives.”

He said Wednesday’s vigil will be a tribute to the victims.

My girlfriend doesn't have a 401(k), but she likes to spend money. She would like to do a spa weekend for our 40th birthday. Should I give her some financial advice instead?