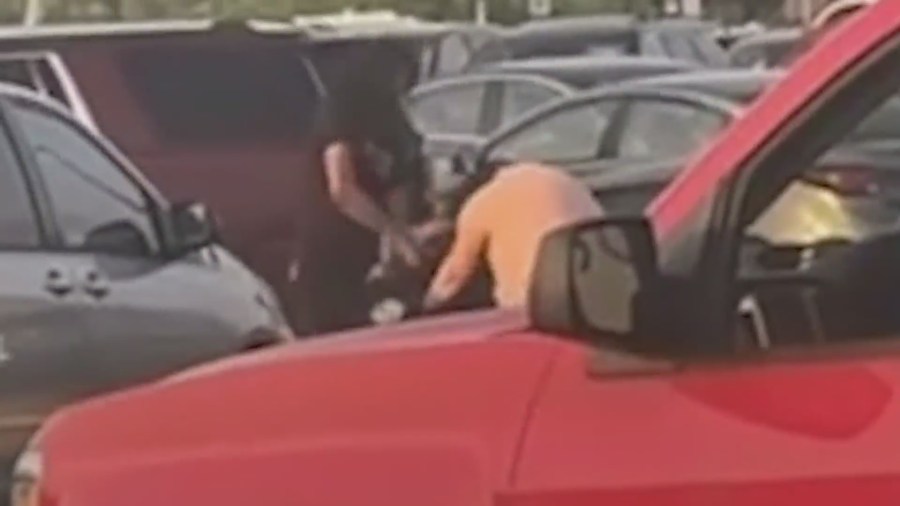 FESTUS, Mo. — Festus police are hoping viral cellphone videos will help them track a suspect after a shootout in a Walmart parking lot.

The videos show a man hitting a woman with a pistol around 7 p.m. Monday. It was still light and there was a lot of activity in the shop. Festus Police shared with FOX 2 News two videos taken of stunned and frightened shoppers.


“I hope everyone sees (the video),” said buyer Doris Dobbs. “One should always be on guard when entering a parking lot.”

At least one of the videos has been shared thousands of times on social media. Most initially thought it was a random robbery, but police said that wasn’t the case. Still, it was a big cause for concern.

“Of course it worries me,” said shopper Doug Inman. “We’re seeing a lot more of what I see as a lot of violence. It worries me that it’s everywhere now.”

Police are asking the public to keep an eye out for a gunman and a silver Lexus SUV. Video shows the suspect dropping a gun into the SUV’s window before driving away with it.

“There’s a parking lot full of families, individuals shopping there,” Festus Police Sgt. Jessica Griggaw said. “It’s a very busy Walmart. So it’s very scary. We encourage people to stay vigilant. Be aware of your surroundings. We had many people who called us immediately. We were there immediately.”

Griggaw said the beaten victim and her daughter were still in the parking lot when officers arrived, but the gunman had disappeared.


According to investigators, the victim knew the shooter and agreed to meet him at Walmart. The victim was in possession of illegal narcotics and pulled out a pistol to protect himself, but the gunman stole it along with her daughter’s purse.

Terry Burgess, who is running for a state representative in a neighboring district, was among those who shared one of the videos on social media to help police locate the shooter.

“A lot of residents are tired of the increase in crime in the county, the vehicle break-ins and the crazy things people saw in the video,” Burgess said. “We want to lower the crime rate. One small, wrong move, someone could have been seriously injured or killed.”

Investigators believe they know the killer’s identity. They have yet to identify a woman who was with him. If you see him or the SUV, call Festus Police at 636-937-3646.

https://fox2now.com/news/missouri/video-shows-man-beating-woman-with-gun-outside-walmart-in-festus/ Videos show a man hitting a woman with a gun outside Walmart in Festus

Sixers blown out by Miami Heat in Game 5 - NBC10 Philadelphia