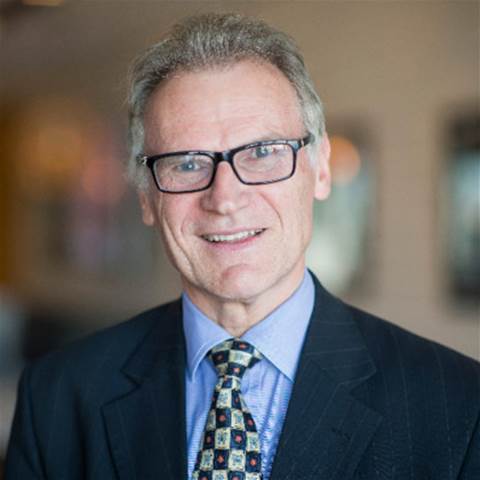 Hodgkinson took to LinkedIn on Thursday to announce he will be joining the force on April 11 as the new chief digital officer.

“After seven years as CIO in Victoria’s Health and Human Services departments, I will now become CDO with Victoria Police,” Hodgkinson said.

After eight years as Global Chief Analyst for Public Sector Research at the analyst firm Ovum, he joined what was then the Department of Health and Human Services in December 2014.

said Hodgkinson itnews that his time as Head of Business Technology and Management was a “wonderful privilege”, despite the changes brought about by successive reorganizations.

But he said that “seven years in the CIO game is a long time, so I think it’s time for me to take what I’ve learned and move on to the next challenge and someone else’s path.” ahead in terms of health.”

Hodgkinson said there have been some “major achievements” during that time, not least the department’s move to a .NET framework and microservices architecture based on Microsoft Azure.

“We are one of the few large public sector agencies that can say that more than half of our applications are built on modern, secure public cloud service platforms,” ​​he said.

Dubbed “Platform + Agile,” the approach enabled the department to transition into the “cloud services, agile and DevOps era” and was a springboard for a large number of new systems.

“[These] enabled key policy reforms and changed service delivery for the better – without causing the project dramas and cost/time overruns that are accepted as normal in the public sector,” said Hodgkinson.

Platform+Agile also enabled the department to respond to pandemics and formed the basis for the state’s Covid test tracker and contact tracing systems.

“Covid Test Tracker was the best example of how the platform-based and agile approach really enabled the internal team to achieve excellent results,” he said.

“Thanks to the agile approach, a functioning system could be introduced within weeks and then flexibly adapted to the development of the pandemic.

“We have shared the intellectual property with SA, WA and Canberra Health free of charge. This was the best public sector IT in my opinion – affordable, adaptable, highly secure, sustainable and capacity building.”

Hodgkinson said he was looking forward to joining Victoria Police, a “large and complex front-line service delivery organization with a clear public purpose”.

“Police have an exciting digitization agenda ahead of them, so I look forward to playing a role in leading this journey,” he said.

“I will be responsible for digital innovation and will work with the internal IT team to develop productive and sustainable ways to deliver and support modern digital solutions.

“This will be a great opportunity to apply everything I learned at DHHS to take the platform and agile thinking to the next level.”

A closer look at violent suspects on GPS monitors

Ex-financial chief ordered to return $4.7 million she stole from children's charity to buy fleet of planes, homes and a Corvette