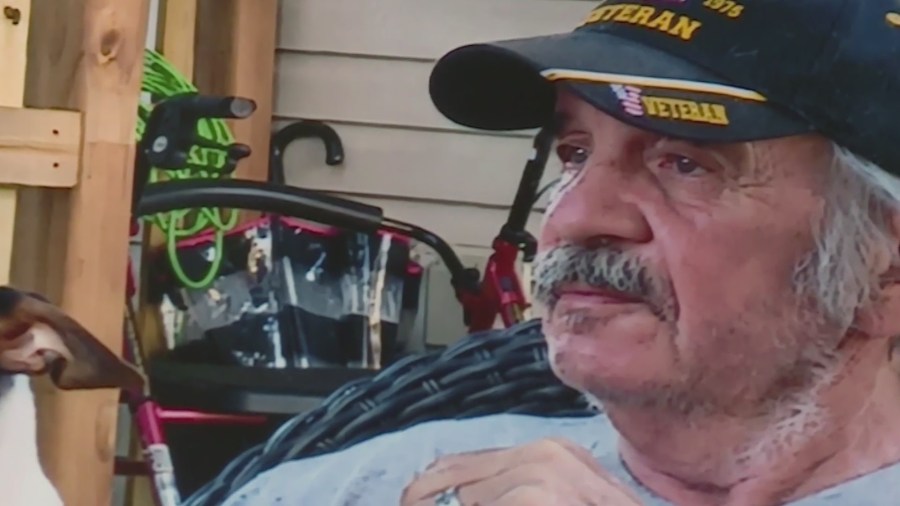 ST. LOUIS, Mo. — Army veteran Rick Coker suffered a brain aneurysm a few years ago. He was at the VA Hospital at Jefferson Barracks at the time. But his wife got into trouble trying to get him into a nursing home.

Years earlier, he had canceled a federal benefit that he did not need at the time. The decision came back to bite him.

“About 12 years ago he had a double brain aneurysm and went to the hospital and was put on Medicare Part A and Part B. A few years later, we found that we were being billed $180 for Medicare when veterans don’t have to be on Medicare because they get free medication and doctor visits through the VA,” said Ms. Lori Coker.


Why does he need it?

“That’s what pays for the doctor’s visits and the medication. They will not use the medications that the VA is prescribing for him because they are improperly shipped and packaged and bubble-wrapped,” Lori said.

Still, Lori believes Uncle Sam should make some concessions to her experienced husband.

“These people fought for our country and they can’t even be put in a nursing home if we have to take care of them and I’m just beside myself, I don’t know what to do. I have nowhere to turn right now, except maybe you,” Lori said.

I got to work when I reached the VA. They referred me to the Centers for Medicare and Medicaid Services for answers and action. I reached this agency, I’m waiting for an answer.

i Coker and her husband are waiting too.

“And it hurts him as much as me if not more because he has dementia and he can’t forget me. But nobody cares. You should, for heaven’s sake, he’s a veteran,” Coker said.

https://fox2now.com/news/you-paid-for-it/veteran-losing-his-fight-with-the-government-on-memorial-day/ Veteran loses his battle with the government on Memorial Day

That is, all Hokages and more