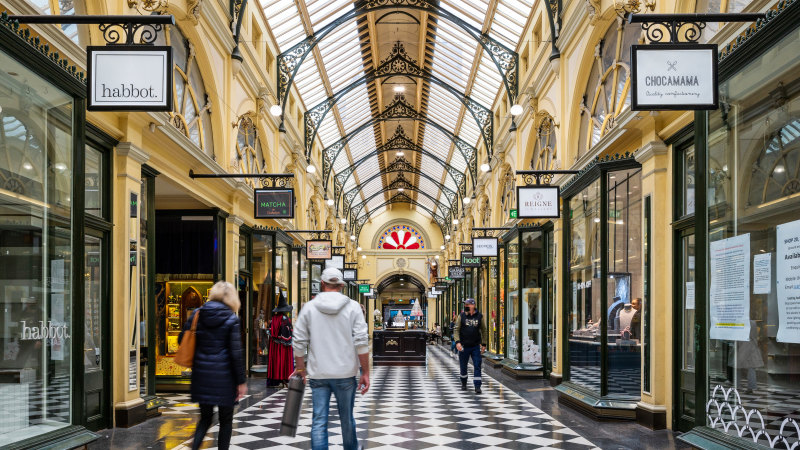 Australia’s second-largest retail lessor, Vicinity Centres, which owns Emporium Melbourne, told investors this week that its shopping centers in the city are lagging behind the rest of its portfolio. Sales growth at CBD locations didn’t quite reach the portfolio-wide average of 20 percent over 2019, but still grew a healthy 7.4 percent.

“Obviously we’re still in the recovery phase when it comes to CBDs. We expect to see more normalized traffic in the CBDs around fiscal 2024,” he said.

This hasn’t stopped big-name retailers from positioning themselves in the CBD. And unlike street shops, Emporium Melbourne has few vacancies, Huddle said.

“We’re securing longer-term leases and making sure we get those flagship leases in our CBD locations,” he said.

“We targeted flagship retailers or first-to-market retailers that aren’t necessarily found in the suburbs. They want to consolidate in the CBDs.”

While foot traffic is lower, rental activity is robust, and Vicinity said it is confident its prime city assets will recover.

GPT’s retail director, Chris Barnett, told investors last week that sales at the center were up 37 per cent for the first half of the fiscal year and “we have seen a continued improvement in visitor numbers at the centre”.

La Trobe Street shopping center benefits from the return of university students, with fashion, hospitality and tech retailers all beating their June 2019 results.

According to Orenbuch, rental requirements for partially or fully furnished sales areas are also in demand. Prime locations are proving resilient and are being leased faster than secondary locations, which are slower to recover.