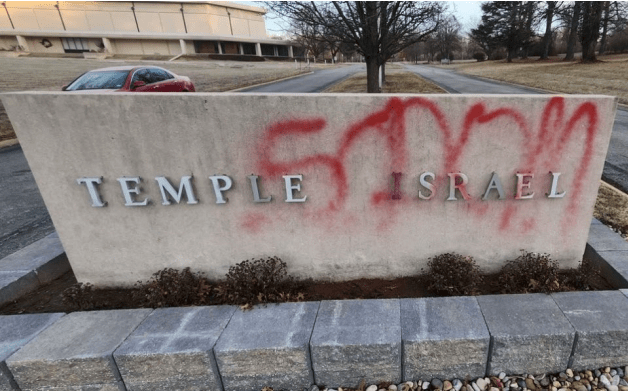 CREVE COEUR, Mo. – Police in Creve Coeur are searching for the person or persons responsible for spraying the stone monument outside the Temple of Israel.

Officers responded to a call for vandalism at Temple Israel around 8:20 a.m. Tuesday, according to a spokesman for the Creve Coeur Police Department.


Investigators suspect the graffiti was sprayed onto the memorial overnight.

The graffiti appeared to be some type of writing, but the wording is undetermined.

Anyone with information about the vandalism is asked to contact the Creve Coeur Police Department at 314-737-4600.