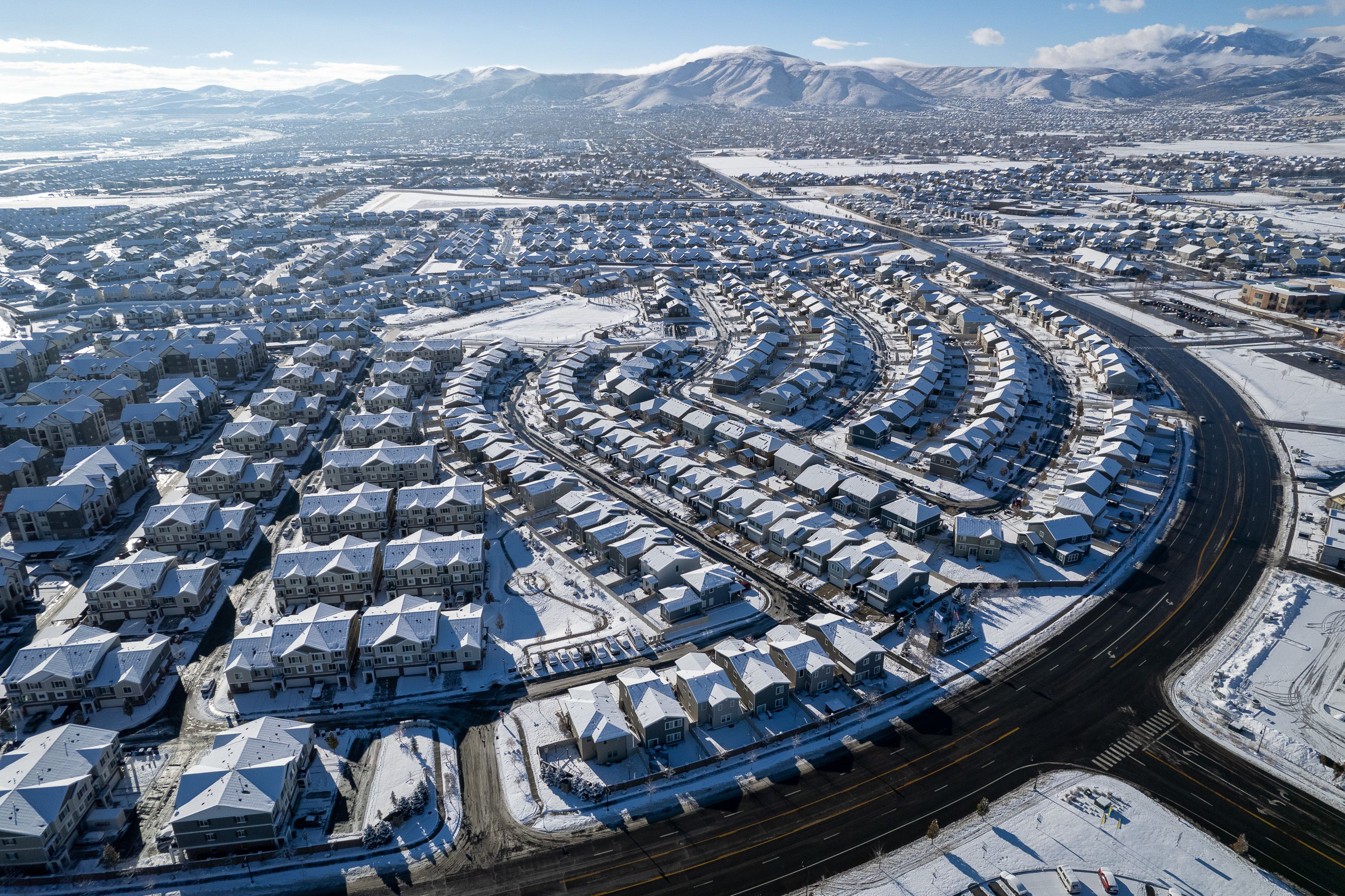 Utah’s high-speed growth is causing concern like never before.

Whether it’s a lack of water or affordable housing, increasing traffic, new construction in your neighborhood, or new crowds at a popular local recreation area, many residents are experiencing rapid change and even troubling prospects for what they value about their own quality of life.

The problem became even greater in late November when Utah’s latest population estimates confirmed that the nation’s leading 2010-2020 growth had accelerated during the pandemic years, taking the state to 3.4 million people with record immigration.

For the first time in a generation of regular polls, sentiment numbers show that Utahns’ growth is turning increasingly sour — not by overwhelming majorities, but enough for elected leaders and policy pundits to launch a new $1 million campaign trying to assess their true feelings.

They call on all Utahns to get involved as part of a process called “Guiding our Growth,” which aims to build consensus on how to shape expansion over the next few decades.

“There’s a little fear of losing what makes Utah so special as we continue to grow,” said Laura Hanson, state planning coordinator and contact for this issue in Gov. Spencer Cox’s Office of Planning and Budget.

New apartment buildings are popping up at record speed along the Wasatch Front, congestion is mushrooming in many areas, and the last remnants of arable land are being filled in many of the state’s metropolitan areas.

Many rural communities in Utah’s tourist country are suddenly teeming with newcomers and short-term renters, while others strive for economic development.

Water, housing, transportation and access to recreational activities all emerged as the top concerns of city and business leaders during a series of inaugural scoping workshops the state has held in all 29 counties of Utah since July.

But the idea of ​​preserving the community character is also in the foreground.

“All of this underscores that this is something that Utahns are really struggling with,” Hanson said in an interview, “and it seems like an appropriate time to shake hands and say, ‘Let’s talk about it.’

What do Utahns value most?

(Trent Nelson | The Salt Lake Tribune) Fresh snow in Herriman on Thursday, December 8, 2022. Utah plans a comprehensive campaign to gather residents’ opinions on issues such as housing, transportation, recreation and quality of life.

The first online pages of the state-sponsored Guiding Our Growth initiative aim to engage all residents with a series of surveys designed to shape and stimulate what officials are calling “a nationwide conversation about growth.”

“Growth decisions aren’t easy,” the survey tells participants. “Sometimes we need to adjust our current way of thinking and living to achieve a desired future outcome.”

What do you value most? What do you think is endangered? What are your big ideas for saving vital aspects of the Utah way of life?

The purpose of convening this rare nationwide discussion is not simply to gauge public sentiment.

“We don’t want to bury our heads in the sand and pretend there’s no growth,” said Ari Bruening, president and CEO of regional planning agency Envision Utah. “Let’s look at what we need to do to accommodate that.”

Guiding Our Growth’s tax-funded public surveys, data models, workshops and community forums — led by Envision Utah and other regional colleagues — are already underway at Guidingourgrowth.utah.gov and will continue well into Spring 2023.

Responses collected through February will feed into a series of more detailed growth scenarios, using analysis and modeling from the University of Utah’s Kem C. Gardner Policy Institute for the state as a whole and possibly for select socioeconomic regions.

Residents are then given additional opportunities to weigh up these scenarios interactively, with each choice having its own trade-offs and consequences.

The preferences, emerging through next summer and fall, will guide state leaders and city officials in devising more sustainable policies and growth strategies, potentially linking them to a series of major government moves and multi-billion dollar capital investments.

This part of it might prove to be the most important — at least after the last time Utah went down this path.

Is the Past a Guide to Utah’s Future?

(Trent Nelson | The Salt Lake Tribune) Fresh snow on homes in southern Jordan on Thursday, December 8, 2022. Utah plans a comprehensive campaign to gather residents’ opinions on issues such as housing, transportation, recreation and quality of life.

More than 20 years ago, Utah was recovering from a recession in the 1990s, and people began moving here in remarkably large numbers, taking the state’s population to 2 million. Residential development engulfed open fields in the suburbs of Salt Lake and Utah counties, and traffic on Interstate 15 slowed to a smog-inducing standstill.

The state convened the equivalent of a summit to focus on and discuss growth and its importance to the way of life of Utahns. The process involved hundreds of community meetings, surveys and even televised events, all of which highlighted the likely impact of population growth on land use, water, roads and air quality.

Among other things, the process provided a blueprint for what state officials called “quality growth,” which could mean increasing density, reducing lot sizes, locating new housing closer to employment centers, offering more alternatives to single-family homes, and the Shift to more mass-focused transit use.

Some of these initiatives — particularly higher densities and smaller lots — still face grassroots opposition, but there is strong evidence that applying these principles over the past 20 years has saved Utah vast reserves of land and water, reduced car trips, and guided it to a development boom along transit lines.

The growth debate of the late 1990s also resulted in a crucial to-do list for the state government, including major investments in transit and construction of the Legacy Highway.

“One of the big ideas that came out of this in the late 1990s was, ‘Let’s build a whole bunch of new TRAX and FrontRunner [lines],’” Bruning said. “So what are the big moves this time?”

Depending on public feedback, similar measures this time could include investments in trails, open spaces, public transit and new roads, Hanson added. State and city governments are also likely to come up with their own solutions.

“We’ve heard time and time again that people aren’t interested in a top-down, authoritarian response,” she said. “They want their local communities to be responsible for their future.”

https://www.sltrib.com/news/2022/12/12/how-should-utah-grow-when-many/ Utahns asked to weigh how their state will grow through 2050

Smith back at the best of his career