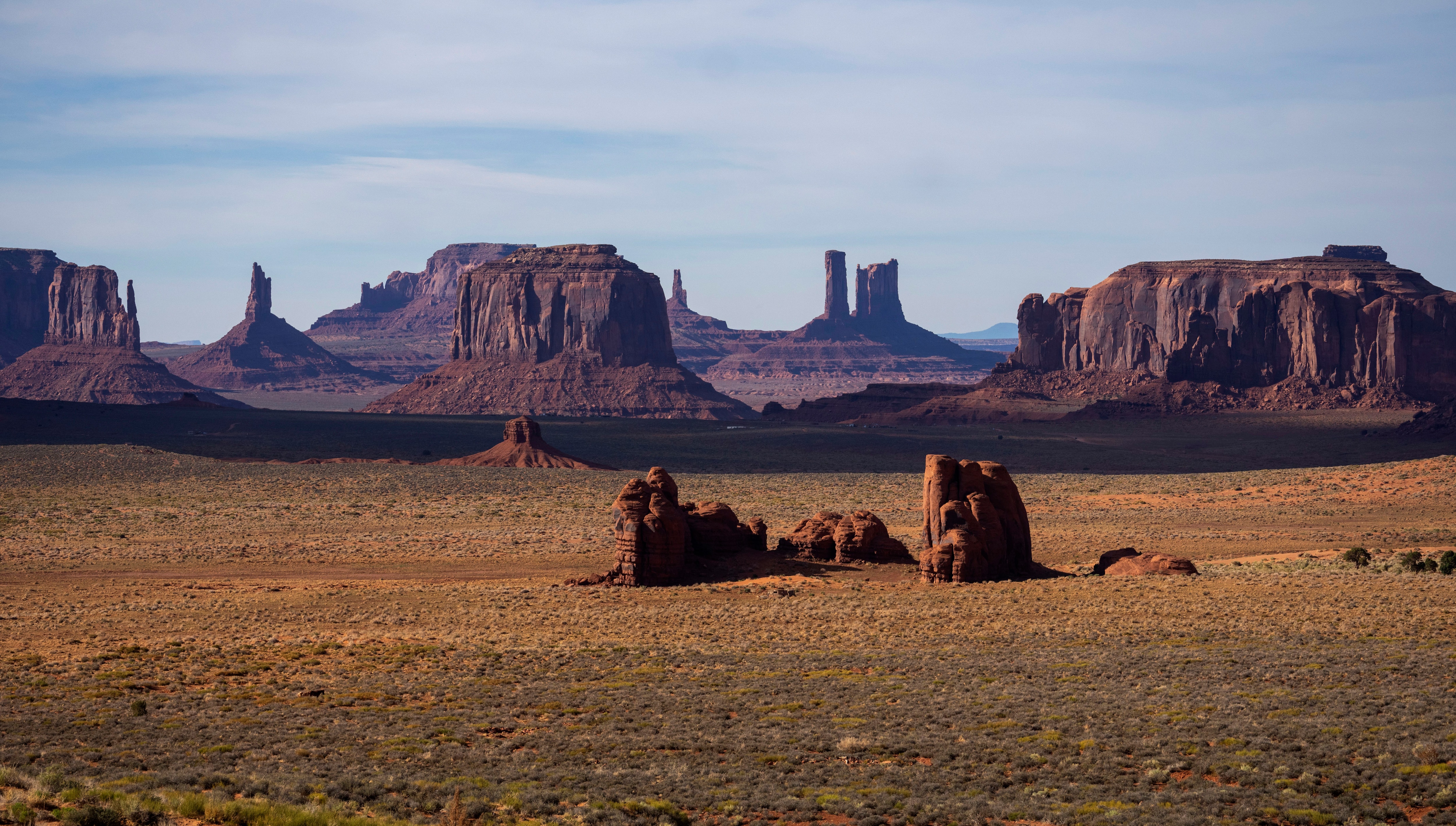 Several Native American tribes and environmental groups are trying to join the fight against Utah’s lawsuit seeking to reverse the restoration of two major national monuments.

On Friday, four of the five tribes that proposed Bears Ears National Monument filed a motion to intervene in the state’s lawsuit and a related lawsuit brought by a motorized advocacy group, arguing that they have a vital interest in the lawsuits’ outcome. A consortium of 10 environmental groups led by the Southern Utah Wilderness Alliance (SUWA) filed similar motions Tuesday in US District Court in Salt Lake City, where the two lawsuits are pending.

“Bears Ears sustains life. Bears Ears provides food, medicine, cultural assets and ceremonial sites,” said Zuni Pueblo Lt. gov. Carleton R. Bowekaty, who serves on the Board of Directors of the Five Tribe Bears Ears Inter-Tribal Coalition. “As sovereign nations and co-managers of Bears Ears National Monument, we have the right to intervene in these lawsuits. As stewards and people of this land, we have a responsibility to protect Bears Ears.”

Trump’s order is the subject of five unresolved lawsuits filed by the tribes and some of the groups that are not trying to intervene in the recent cases.

These monuments are “crown jewels” of the nation’s public lands, which one of the environmental groups seeking to intervene says is highly warranted for the Biden administration to step down.

“It is terribly disappointing that instead of acknowledging these monuments as the best our state has to offer the world, the Governor of Utah. [Spencer] Cox attacked them and hopes the memorials will be undone,” said Steve Bloch, SUWA’s legal director. “We will work to ensure that doesn’t happen. Without the protection that comes with preservation as national monuments, the sacred sites, fossils, and ecosystems found within risk being lost forever to reckless off-road vehicle use, rampant mining and drilling, and rampant tourism.”

Before the state filed its lawsuit, Cox had repeatedly cited ill-regulated visits to explain his opposition to naming the Bears Ears memorial, which he and other state officials claim put too many unwary people into these artifact-filled mesas and Canyons around Bears Ears Buttes in San Juan County.

Cox has also argued that rather than having a president unilaterally dictate an outcome without considering the wishes of local residents, Congress should be allowed to find a permanent solution for both monuments. According to the state’s lawsuit, designating areas exceeding hundreds of thousands of acres goes far beyond the scope of the Antiquities Act of 1906, which required limiting the size of monument designations to the smallest practical size.

However, previous court decisions have consistently supported large designations dating back to President Theodore Roosevelt’s 1908 designation of Arizona’s Grand Canyon as a national monument, which was later expanded and reclassified as a national park.

The state’s goal in the lawsuit, as outlined in its outside counsel’s proposal, is to take the case to the Supreme Court in hopes of winning a ruling that would overly guard against the authority afforded by the Antiquities Act President would lead.

Reyes’ office did not respond to a request for comment.

The tribes claim Biden acted legally and in accordance with their wishes in restoring Bears Ears through a presidential proclamation in October 2021. Home Secretary Deb Haaland later gave the Five Tribes unprecedented authority to manage the monument jointly with the Bureau of Land Management and the US Forest Services.

“The outcome of a successful challenge would be de-listing of many important historical and scientific objects identified in the Biden Proclamation,” the tribes’ request for intervention reads. “It would also jeopardize the tribal governmental role in managing the monument land. There is no question that the tribal interests could be adversely affected by the outcome of this litigation.

The tribes’ motions are signed by Daniel Moquin, Attorney for the Navajo Nation Department of Justice. The Ute Mountain Ute, Zuni and Hopi tribes join the motions. The Ute Indian tribe has not signed up.

Meanwhile, the Biden administration is moving forward with new management plans for both monuments, in consultation with monument advisory committees representing a variety of stakeholders. The Bears Ears Commission, a recently formed tribal organization that has co-management responsibilities, also guides the direction of the Bears Ears plan.