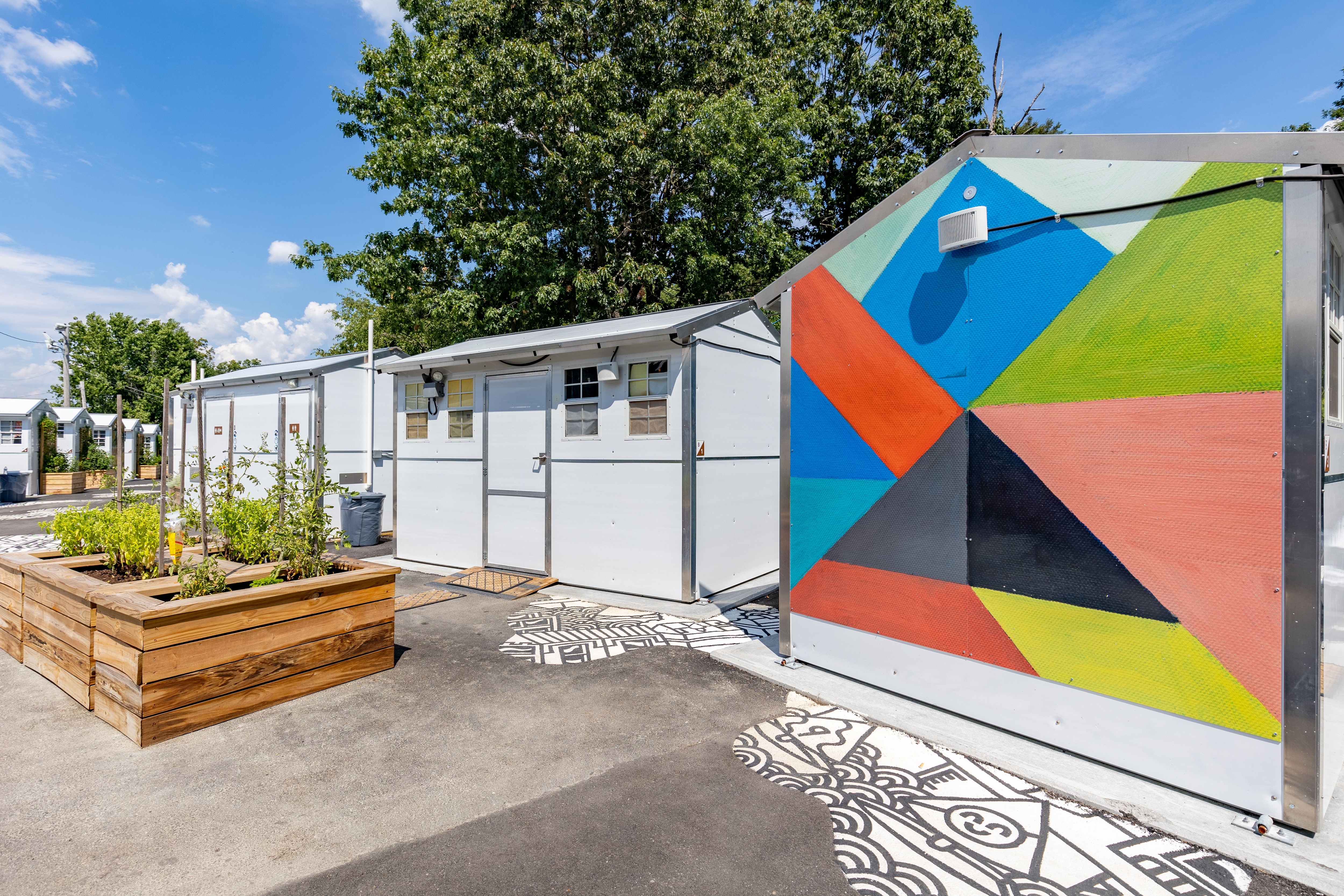 A village of tiny homes is already on its way to the Wasatch Front, and now a village of even smaller shelters could be just beyond.

State officials are pursuing a new housing option for Utah homeless people that would provide each resident with space in a shed-like structure to stay off the streets.

“Everyone understands,” said state homelessness coordinator Wayne Niederhauser, “that this is a loophole.”

The initiative, part of Utah’s recently developed Homelessness Reduction Plan, is a modification of the legal homeless camp promoted by two Salt Lake City City Council members representing the west side of the capital.

Instead of residents occupying tents — like they would at a sanctioned camp — they would live in more permanent rooms measuring just 64 square feet.

“It’s just a lot cleaner (and) it’s a lot safer,” Niederhauser said, “if we use mini shelters instead of tents.”

The sheds, designed to facilitate access to housing, are smaller than the tiny houses that will house West Side councilors approved in October.

This project, The Other Side Village, will be built in phases on 8 city-owned acres west of Redwood Road between Indiana Avenue and 500 South, with a pilot phase of 54 highly affordable tiny homes for chronically homeless Utahans. The rental units will be approximately 280 to 400 square meters and will include a bed, a bathroom, a small kitchen and a living area.

Niederhauser said challenges posed by a new state law requiring earlier planning of winter flood protection capabilities motivated him to seek a long-term solution to provide a safe haven for Utahns during the coldest months.

The head of state visited mini shelter villages in Texas and saw their commitment to helping those living on the streets.

What is the plan for the village of mini accommodation?

(pallet shelter) Shelters in the proposed village would be approximately 64 square feet. Each dwelling could accommodate a single resident or a couple.

Niederhauser said the shelters would measure about 8 feet by 8 feet, be heated in the winter and cooled in the summer, and provide residents with a place to securely lock up their belongings.

And if lawmakers open up the state coffers beyond what’s already called for in Gov. Spencer Cox’s budget, Niederhauser believes he can open a village by next winter, giving Utah’s homeless another chance to stay safe in cold temperatures remain.

Niederhauser said he worked with the governor and legislative leaders who were receptive to his pitch.

He estimates that the village would cost between $9 million and $11 million a year to run. This price would cover staff, services, security and meals for residents. Many mental health and addiction treatment costs could be covered by Medicaid, he said.

The total number of people the village could help is yet to be determined, but Niederhauser plans to provide around 100 mini-accommodations initially. He also plans to build an on-site community support facility that could house hundreds of overflow beds during winter emergencies.

“But I would like at least one place where we could flex 400 or 500 beds in the winter,” he said, “so we have enough capacity.”

He hopes that by creating such a space, Utah would be able to avoid the kind of tragedies that have happened recently when vulnerable residents died on the streets.

Residents have 24-hour access to their mini-accommodations, all year round. Although Niederhauser doesn’t envision the village as a permanent form of housing, the residents aren’t kicked out while they stabilize their lives.

“But we want to get them to move along the continuum and into a more permanent housing situation,” he said, “which will require services and support and some case management.”

Wendy Garvin, president and chief executive officer of Unsheltered Utah, praised the plan, saying it fills a need while providing safer shelter than tents could provide.

“People in tents are vulnerable, even if they’re really good tents,” she said. “These aren’t the nights we don’t want people outside at all.”

And while the long-term solution to homelessness creates more housing and improves access to services, the West Side councilor said, a village of mini-accommodations would ease some of the burden on their constituents.

“My community lives in crisis every day, and there is very little remedy for this short-term crisis while we build the affordable housing we need,” she said. “So I’m thrilled that this is on the table and being discussed.”

Where would the village go?

The big open question, Niederhauser said, was where his village of mini shelters would be built.

He said he’s searching at least 20 acres and is looking everywhere for potential sites.

Salt Lake City Mayor Erin Mendenhall said Utah’s support systems for unaccommodated residents need a shelter option with low barriers and winter overflow options that provide a reliable place for beds. However, she has concerns that hosting a facility would put additional strain on the Utah capital.

“If that were in Salt Lake City,” she said, “the category that would change our city’s need for support and the type of services it provides is so far ahead of any other city in the state.”

That, the mayor added, “would also require a new level of continued support from our state partners — and that’s not a conversation we’ve had yet.”

To prevent more vulnerable residents from being sent here from other states and parts of Utah, she said she wants existing residents sleeping on the streets of Salt Lake City to have the first opportunity to get help.

“We would need to have a priority access system, which doesn’t exist today,” Mendenhall said, “if the legislature and government want conditions on the capital’s streets to improve.”

Kylie Jenner and daughter Stormi are matching in Mugler for Christmas