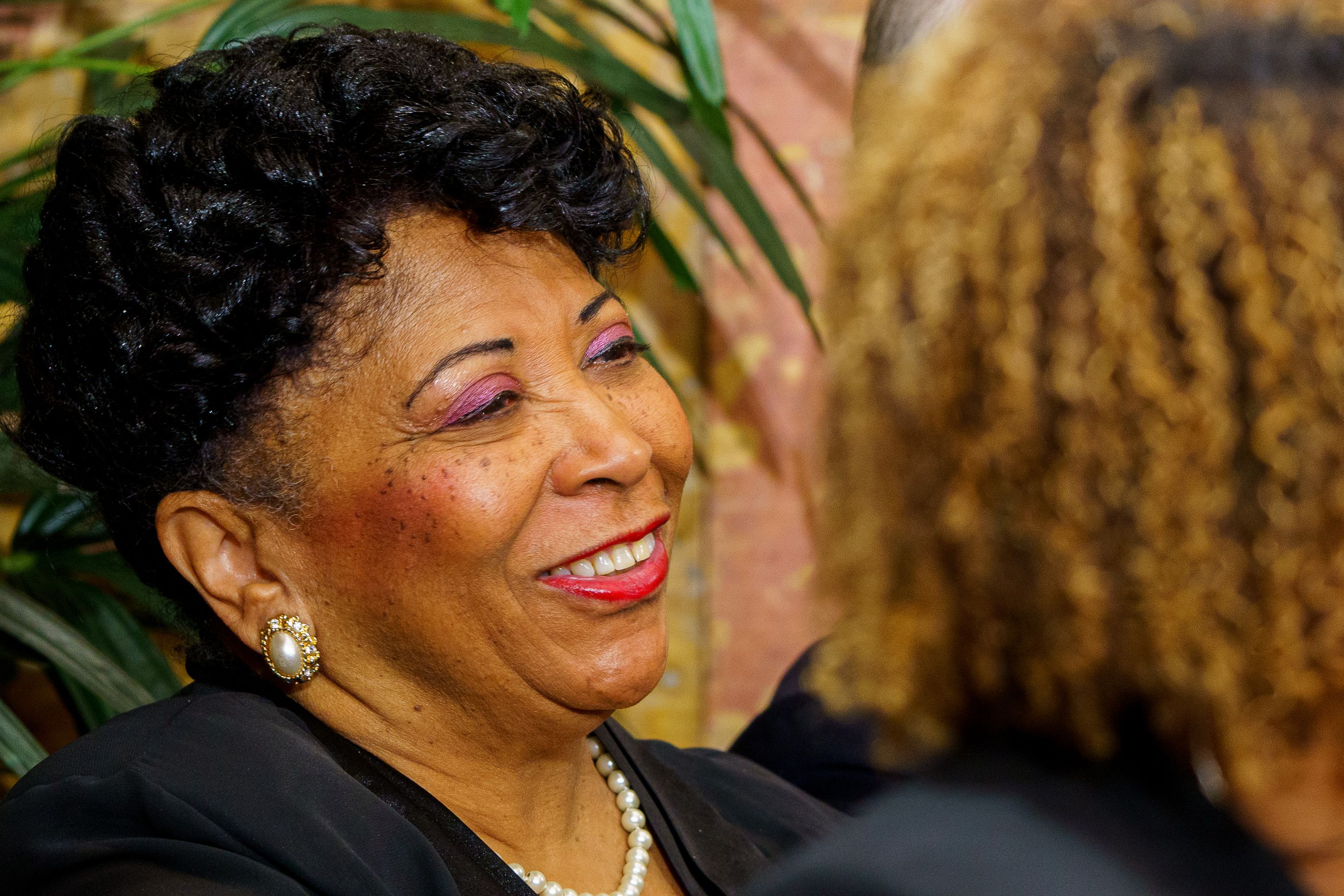 Last year, the district hired its first black superintendent. Now, the NAACP claims, the board is trying to evict him.

(Trent Nelson | The Salt Lake Tribune) Jeanetta Williams, President of the NAACP Salt Lake City Branch, during the announcement of new joint initiatives with the NAACP in Salt Lake City on Monday, June 14, 2021. Williams has asked the U.S. Department of Justice to open an investigation into alleged discrimination and harassment by the Salt Lake City School Board.

The head of the Utah NAACP section has asked the US Attorney’s Office and the Justice Department to open an investigation into alleged discrimination and harassment by the Salt Lake City School Board.

Jeanetta Williams, president of the civil rights group’s Utah chapter, said the school district’s first black superintendent, Timothy Gadson III, as well as his assistant superintendent and other black officers in the district, have faced a hostile work environment from board members.

“It’s just blatant discrimination. The community needs to know what’s going on,” Williams said Monday. “I just want the Justice Department to come in and make sure it’s stopped. They must be held accountable for some of the discrimination.”

Gadson was hired as the district’s superintendent last July. His top deputy, Gwendolyn Johnson-White, who is also black, was hired a month later.

(Francisco Kjolseth | The Salt Lake Tribune) Timothy Gadson III, Superintendent, Salt Lake City New School District, Center, accompanied by Melissa Ford, President of the Salt Lake City Board of Education, and Leeson Taylor, Executive Director of School Leadership and Performance of her trip to East High School on day one back for the fall session on Tuesday August 24, 2021.

“We have an African-American superintendent in the entire state of Utah for the first time ever, and they’re trying to evict him, as well as an assistant superintendent and some of the cabinet members,” Williams said.

District spokeswoman Yandry Chatwin said Monday that allegations of discrimination “is something the board takes very seriously” and there is a policy prohibiting discrimination, but on Monday afternoon the district said it had not been formally briefed on concerns.

School board member Mohamed Baayd said Monday that the board had received some complaints against Gadson, alleging that he was hiring “his black friends” in a way that was intimidating and loud and under no obligation to stay in the district. The board hired the law firm of Kirton & McConkie to conduct the investigation and Baayd said: “The investigation came out clean. There was nothing to support their claims.”

Then another board member received an email claiming that Gadson took a trip paid for by Grand Canyon University — a violation of the district’s ethics guidelines, if true. But Baayd said Gadson provided records showing he paid for the trip himself.

Baayd believes that should have ended the issue, but he said board members continue to press the issue and are pushing for Gadson’s ouster.

“They’ve basically made up their minds,” Baayd said. “I speak as a black man here: it stinks and stinks of racial bias in this case, or basically blatant racism. None of that has happened before because we’ve never had a black superintendent before.”

Separately, James Evans, a former state senator and former leader of the Utah Republican Party who is also black, said the state’s new Ethnic Studies Commission, installed by the Utah Legislature in its most recent session, is investigating the conduct and justice of the School board to investigate education.

“The history of the Salt Lake City School District has been one of enduring tensions between what is considered ‘have and have’ and the Salt Lake City School Board’s inability to bridge that divide,” Evans wrote in a letter to Baayd on Monday. “There appears to be information regarding Board members’ efforts to calm the discussion and/or implementation of accountability measures to ensure students from underserved communities and students of color are effectively educated and treated fairly.”

Williams of the NAACP said the district also violated the rights of students with special educational needs by failing to conduct the statutory annual reviews of Individualized Education Plans — or IEPs. In some cases, she said, plans have not been reviewed for nearly three years.

“Something like this had to be done beforehand,” she said. “It’s just gotten to the point where there needs to be some transparency where the community knows what’s going on and that these students are being neglected.”

Chatwin said that in meetings with board members since Williams went public with her complaint about the IEP, members were surprised to hear there was an issue.

“Obviously it’s something they’re going to investigate,” she said.

In the past few weeks, the board has held two closed-door meetings. The agenda for these meetings, the board said, was to deal with “a person’s character, professional competence, or physical or mental health”; and/or use of security personnel, equipment or systems.” No further information was provided.

The school board will hold its regular meeting on Tuesday.

Where are the most dangerous places in the world to be LGBT?