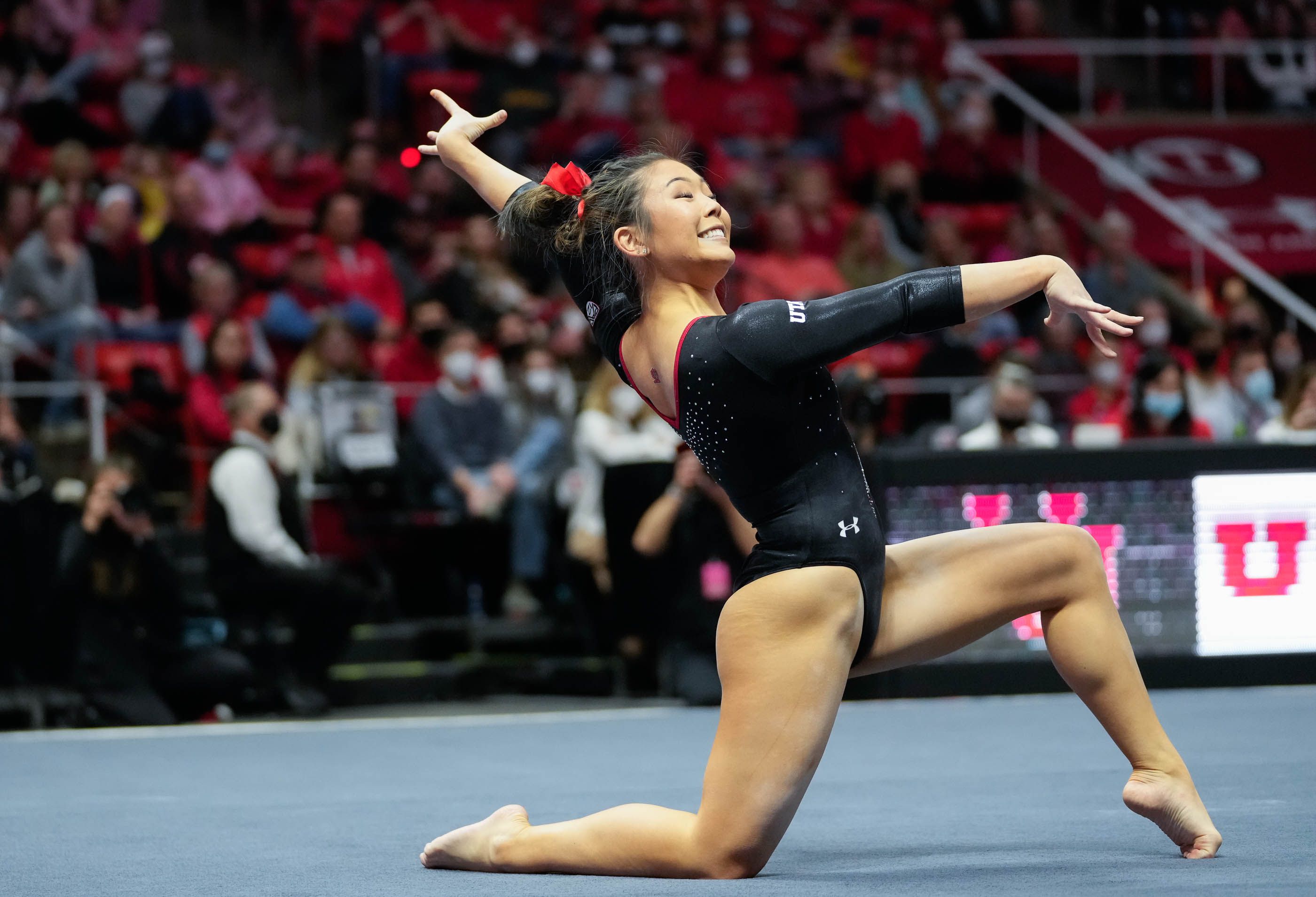 (Francisco Kjolseth | The Salt Lake Tribune) Cristal Isa of Utah competes on the floor during her gymnastics meet with Stanford at the Huntsman Center in Salt Lake City on Saturday, January 29, 2022.

One gymnast will be absent from Friday’s Senior Night ceremonies for the Utah gymnastics team. That omission is a good thing for the Utes.

Cristal Isa, a regular on the uneven bars and balance beam this year, has decided to return for a fifth year. The Utah gymnast was given the option by the NCAA as the 2020 season was put on hold by the pandemic.

“Competing at the Huntsman Center is great and if I can do it a few more times that’s great too,” Isa said of her decision to return.

Although it is difficult for gymnasts to have a long career due to the physical wear and tear of the sport, both Burch and Soloski returned for their fifth year with great success.

Soloski is Utah’s anchor on floor and Burch competes regularly on vault and bars. Both also play crucial leadership roles for the Utes.

“She has the motivation to be here because she’s taking classes anyway and she loves gymnastics and being part of the team,” he said. “She wants to be out there and has said in no uncertain terms that she feels physically good.”

Isa trains in all four disciplines, but the four-time All-American only regularly plays on bars and beam. She got her first 10.0 on beam this year against Oregon State and has had 9.9s or better five times. She has scored 9.875 or more on uneven bars in all but two matches. Her vault is worth 9.95 and she has competed once on floor and scored 9.875.

Isa, of Henderson, Nev., said attending the Huntsman Center is special to her.

“Being in Utah exceeded my expectations,” she said. “I learned a lot and it was hard at times, but it was also a lot of fun.”

Wheelchair user says clients joke about her 'sitting at work'