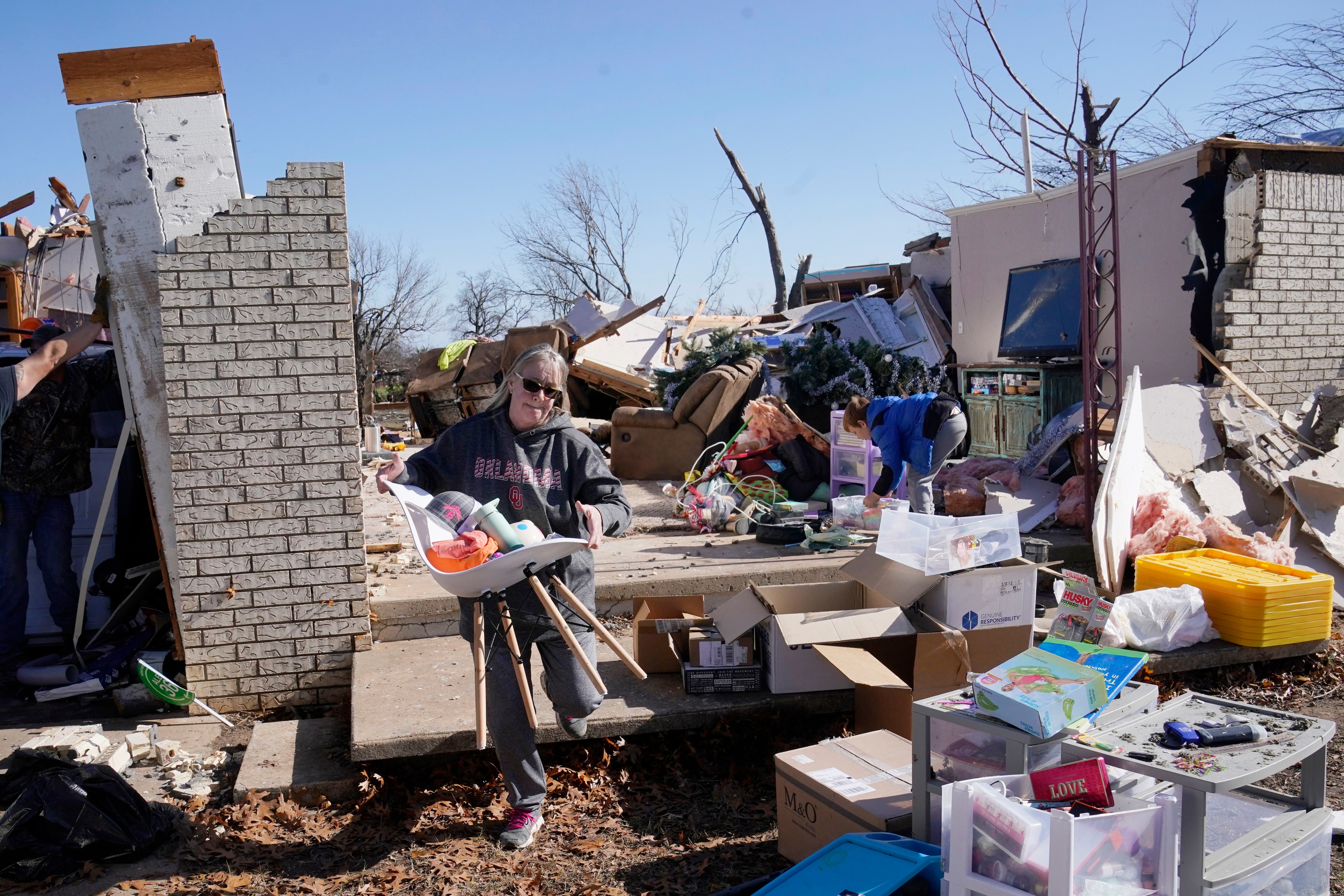 Dallas — A destructive winter storm marched across the United States on Wednesday, bringing blizzard-like conditions to the Great Plains, hours after tornadoes made landfall in parts of Texas, Oklahoma and Louisiana.

According to video and eyewitness reports, five tornadoes were confirmed across north Texas Tuesday afternoon, but a dozen may have occurred, the National Weather Service in Fort Worth, Texas, reported.

Dozens of homes and businesses were damaged by the thunderstorm line and several people were injured in the suburbs and counties north of the Dallas-Fort Worth area. More than 1,000 flights to and from airports have been delayed and over 100 have been canceled, according to FlightAware.

“I hope they’re somewhere with their family,” Jones said. There were no immediate reports of deaths.

The threat of severe weather continued through Wednesday for Louisiana, Mississippi, Alabama and the Florida Panhandle, according to the Storm Prediction Center in Norman, Oklahoma.

Blizzard warnings went off Montana to western Nebraska and Colorado, and the National Weather Service said up to 24 inches of snow were possible in some areas of western South Dakota and northwestern Nebraska. Winds exceeding 50 mph at times make it impossible to see outdoors in Nebraska, officials said.

“There’s essentially no one on the road right now,” said Justin McCallum, a manager at the Flying J Truck Stop in Ogallala, Nebraska.

Forecasters expect the storm system to hobble the upper Midwest with days of ice, rain, and snow and advance into the Northeast and central Appalachian Mountains. Residents from West Virginia to Vermont have been told to watch for a possible significant mix of snow, ice and sleet, and the National Weather Service issued a winter storm watch Wednesday night through Friday afternoon, depending on the timing of the storm.

A possible tornado ripped off the roof of the city’s service center — a community facility — leaving portions of the roof hanging from power lines, said Trent Kelley, deputy director of Grapevine Parks and Recreation.

It was also trash day, so the storm picked up and scattered trash everywhere, he said.

Photos sent by the city showed downed power lines on rain-soaked streets, as well as fallen trees, damaged buildings and a semi-trailer that appeared to have been thrown around in a parking lot.

In Colorado, all roads in the state’s northeast quadrant have been closed. The storm in the ranching region could also endanger livestock. Extreme winds can drive cattle through fences if it follows the direction of the storm, said Jim Santomaso, a representative from the Northeast for the Colorado Cattlemen’s Association.

“If this continues,” Santomaso said, “the cattle could drift for miles.”

National Weather Service meteorologist Melissa Dye in the Twin Cities said it was a “long-term event” with snow, ice and rain through Friday night. Minnesota expected a quiet Wednesday followed by a second round of snow.

The same weather system dumped heavy snow in the Sierra Nevada and the western United States in recent days.

Can you crack this British spy boss Christmas riddle?