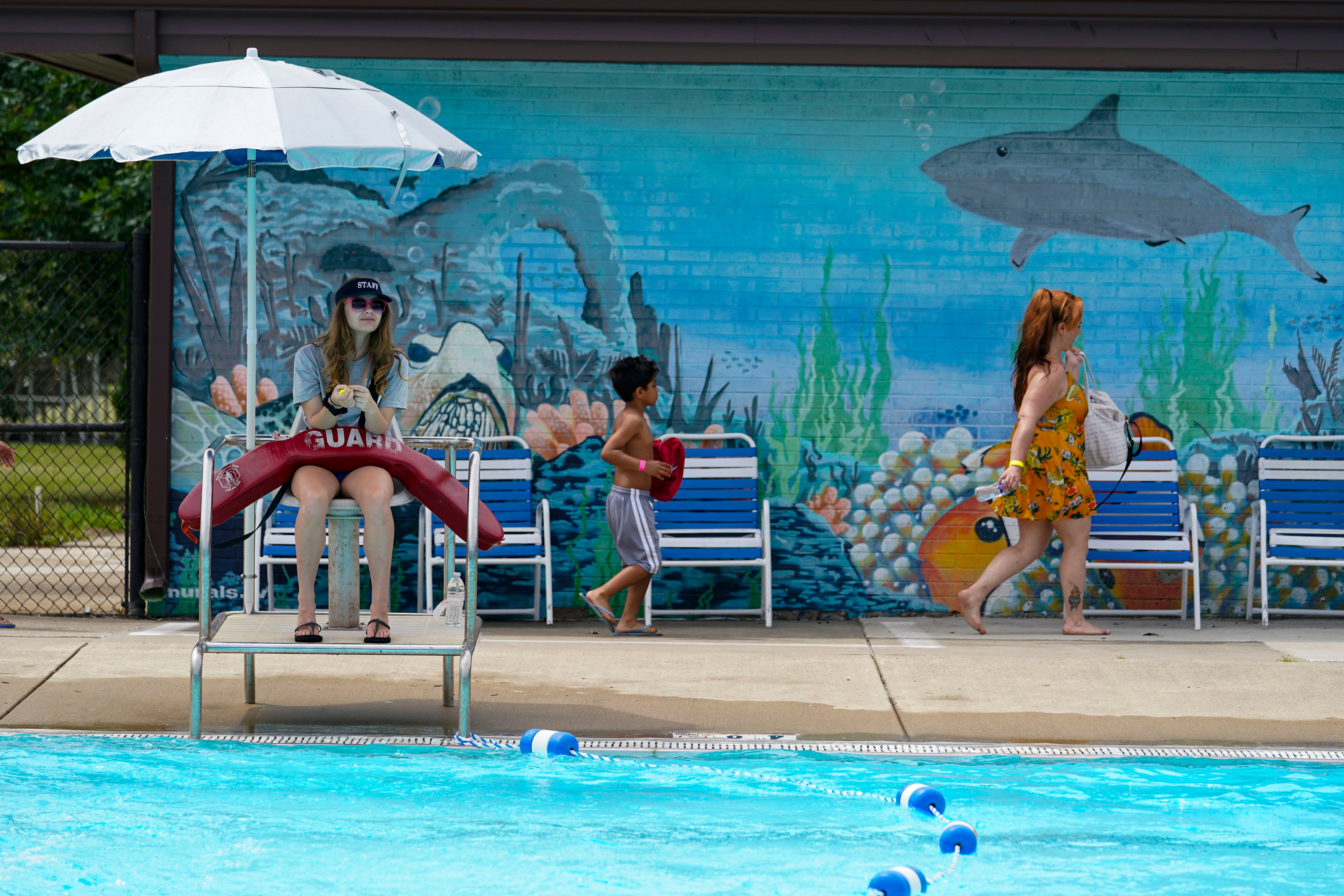 INDIANAPOLIS – Manager Ashley Ford walked by one of Indianapolis’ five open-air swimming pools and watched children jump off a diving board or hurtle down a curved slide. Four lifeguards, whistles at the ready, watched from their high chairs set around the water.

With a dozen of the city’s swimming pools closed due to a shortage of lifeguards, families sometimes queue more than an hour before the pool at Frederick Douglass Park opens, Ford said. On many days, it reaches capacity.

A national lifeguard shortage, exacerbated by the COVID-19 pandemic, has prompted communities like Indianapolis to cut pools and hours. Elsewhere in the United States, swimming areas are unsupervised.

That has left some Americans with fewer or riskier options, even as a significant portion of the nation suffers a second heat wave within as many weeks. Public health experts say the risk of drowning decreases significantly when lifeguards are present.

The American Lifeguard Association estimates the shortage is affecting a third of US pools. Bernard J. Fisher II, director of health and safety at the association, expects this to grow to half of all pools by August when many teenage lifeguards return to school.

Summer shortages aren’t uncommon, but U.S. pools are also grappling with the aftermath from earlier in the pandemic, when they were closed and lifeguard certification suspended, Fisher said. The starting salary lags behind many other jobs, although some cities are increasing incentives.

Indy Parks and Recreation has 100 lifeguards on staff this year, although there would normally be twice that number, said Ford, who has worked for the agency for 20 years. Even as lifeguards from closed adjacent pools fill open facilities, Indianapolis pools are still required to be closed for a one-hour lunch and cleaning break each day.

When a local pool isn’t open, young people can go swimming in places without lifeguards, Fisher said. That can lead to more drownings, which disproportionately affects people of color. In the US, blacks under the age of 29 are 1.5 times more likely to drown than white Americans of the same age. according to the Centers for Disease Control and Prevention.

Indy Parks requires its lifeguards to pass a course in which they swim 100 meters, tread water for a minute without using their hands, and retrieve a 10-pound object from the bottom of a pool. Starting pay is $15 an hour, up from $13 an hour earlier this year. Those who stay through the season will receive a $100 bonus, Boyd said.

“I’ve been trying to find some of my friends who are looking for a summer job and want to have some money in their pockets,” said 17-year-old sophomore lifeguard Donald Harris. “They just said lifeguarding isn’t for them.”

Lifeguards are paid $11 an hour at Indiana state parks. All 37 of the state’s facilities remain open, but some only operate during certain hours, said Terry Coleman, director of the Division of Indiana State Parks. Many Indiana state parks also have shallow swimming areas without lifeguards, Coleman said.

“We’re looking at possible incentives for the 2023 recreational season, but nothing is set in stone yet,” he said.

In Maine, several state parks have started the season without lifeguards, and visitors are notified at the park entrance when a lifeguard is not on duty, said Jim Britt, spokesman for the Maine Department of Agriculture, Conservation and Forestry. The state pays lifeguards about $16 an hour.

“It’s a problem,” Britt said. “There are no two ways. We want lifeguards to be there and on duty.”

Chicago, which boasts one of the largest water programs in the country — 77 public pools and 22 beaches serving a population of nearly 2.75 million — has moved its pool opening day from June 24 to July 5.

“Chicago families rely on our park programs during the summer, so we’re not giving up,” Chicago Park District Superintendent Rosa Escareño said in a news release.

Chicago Park District pays $15.88 an hour and now offers bonuses of $600 to new employees who stay through the summer, up from $500 in May. It also relaxed residency requirements, meaning applicants don’t have to live in the city.

A reason for the applicant’s hesitation that is not related to the pandemic may be: a Lifeguard sexual abuse scandal that shook the Chicago Park District last year.

Escareño said the organization has since strengthened its accountability and reporting systems.

Associated Press reporter David Sharp in Portland, Maine, contributed to this report. Savage reported from Chicago. She and Rodgers are corps members of the Associated Press/Report for America Statehouse News Initiative. Report for America is a nonprofit national service program that brings journalists into local newsrooms to cover undercover topics.

https://www.local10.com/business/2022/06/21/us-pools-close-go-without-lifeguards-amid-labor-shortage/ US pools to close due to labor shortage without lifeguards