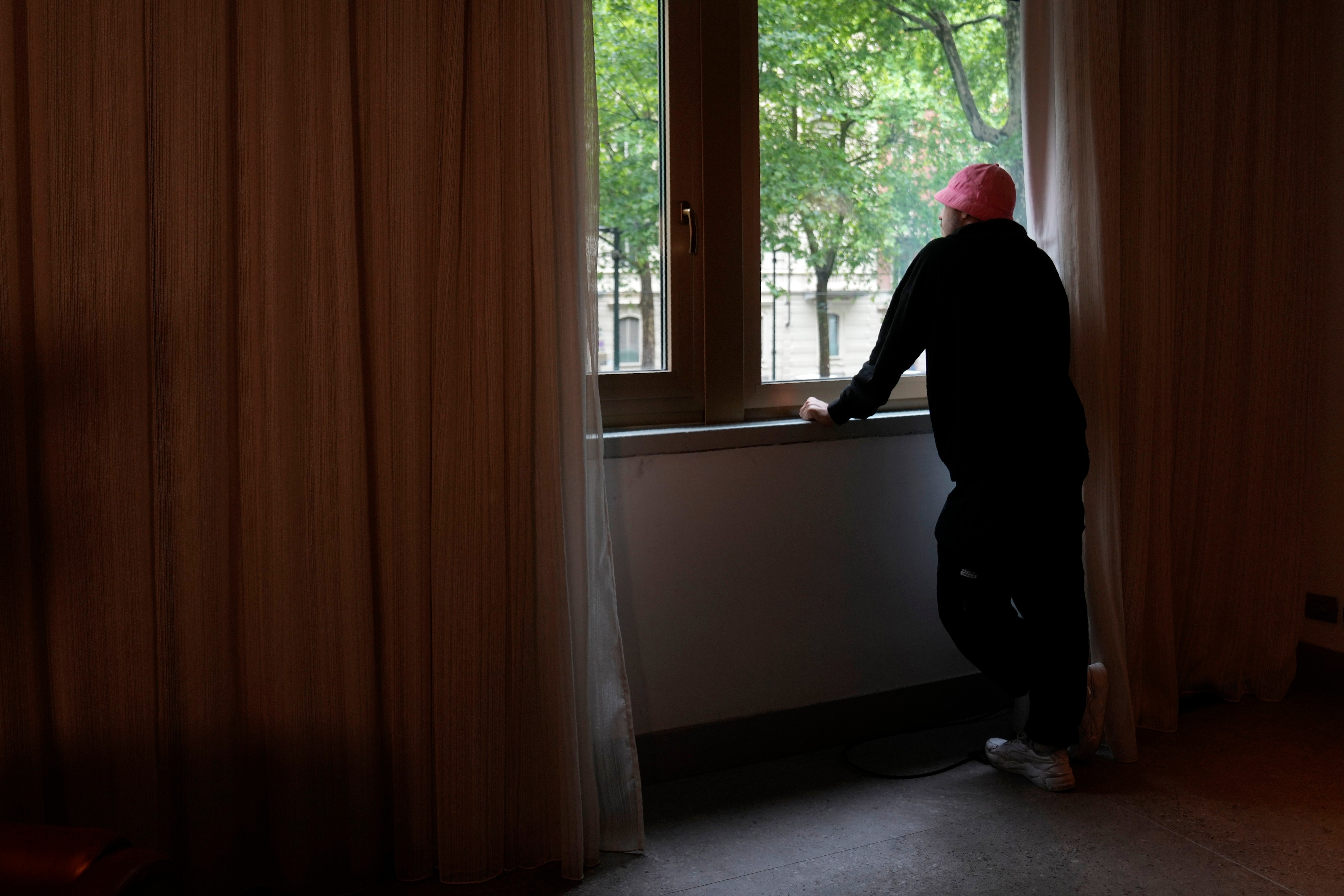 Since the Russian invasion of Ukraine, it has become a hymn to the nation’s war-ravaged motherland.

“Stefania” is the most watched song on YouTube among the 35 national entries competing in next week’s Eurovision Song Contest in the northern Italian industrial city of Turin. While some odds makers and data analysts have promised victory to others, the Kalush Orchestra song is quickly becoming a sentimental favorite.

“I will always find my way home, even if all the roads are destroyed,” wrote Kalush Orchestra frontman Oleh Psiuk in Stefania.

The lyrics have become more poignant Russian missiles bombard Ukrainian towns and villageswhich has already forced over 11 million to flee the country.

“Some stuff in here was actually written well before the war and dedicated to my mother,” Psiuk told The Associated Press from his Turin hotel, sporting a bright bucket hat that makes him instantly recognizable to anyone who streamed “Stefania.”

“After everything started with the war and hostilities, it took on additional meaning, and many people began to see it as their mother, Ukraine, in the sense of the country. It’s really grown on so many people in Ukraine,” he said.

“We ourselves show that Ukrainian culture and Ukrainian ethnic code exist,” said Psuik. “Our goal is to make Ukrainian music popular, not only in Ukraine but all over Europe. And Eurovision is the best platform for that.”

Psiuk and five bandmates, all males between the ages of 21 and 35, were granted special permission by the Ukrainian authorities to travel to Turin to attend Eurovision, travel overland to Poland and then fly to Italy. An original band member stayed behind to fight.

Psiuk, 27, left behind a network of volunteers he organized two days into the war to provide logistical assistance to people across Ukraine seeking shelter or transportation.

All will return to Ukraine when the song contest is over.

“We feel a great responsibility,” said Psiuk. “It is very important for us to be as useful to the country as possible. We want to represent our country properly.”

Kalush Orchestra is more than just a music group. It’s a cultural project involving folklore scholars and purposefully blending hip-hop with traditional Ukrainian music, dances and costumes, some of which have long been forgotten, Psiuk said.

The 6-month-old project takes its name from Psiuk’s hometown of Kalush, tucked away in the Carpathian Mountains south of the western city of Lviv. It is an evolution of the original Kalush hip hop group, which Psiuk also moderated.

Following Russia’s February 24 invasion of Ukraine, Russia’s participation in Eurovision was scrapped, in a move organizers said was intended to keep politics out of the hugely popular event, which was seen by 183 million people last year.

Psiuk said Russia’s exclusion from Eurovision, along with other cultural and sporting events, could send a message to Russians “who might say they don’t fully understand the situation… that there’s a reason why the whole world, Europe.” , forbids you.”

19 years ago, Ukraine took part in the Eurovision Song Contest for the first time. It has since won twice, both times with songs performed mostly in Ukrainian: by Ruslana in 2004 and Jamala in 2016.

Psuik attributes Ukraine’s success to “the special character of our music”.

“I really hope that Ukrainian music will become even more popular and heard after we performed it at the Eurovision Song Contest,” said Psiuk.

Sony expects PS5 to be its ‘greatest platform ever’; Jim Ryan discusses the future of PlayStation & More