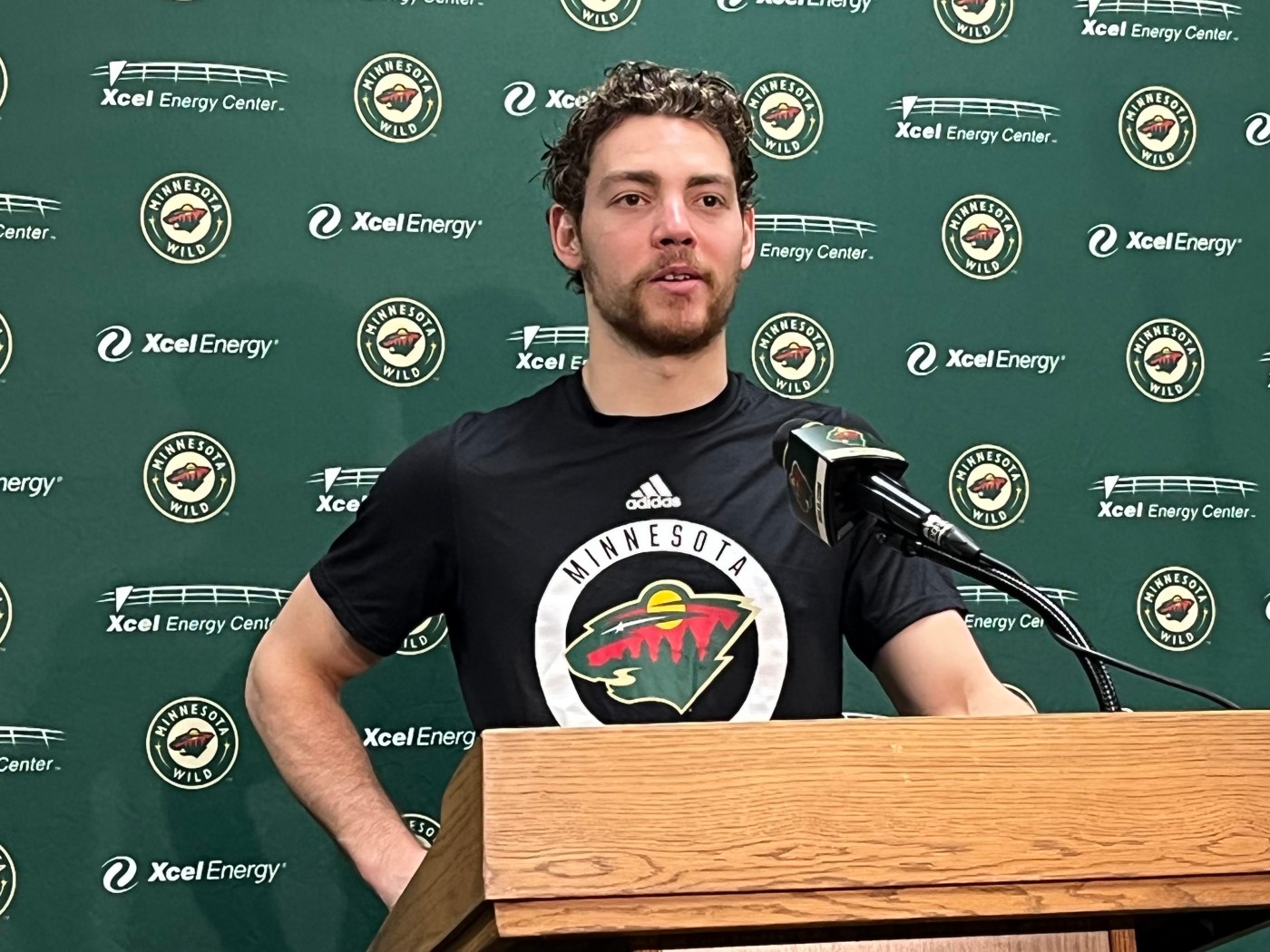 Tyson Jost has scored at all levels of his hockey career. Except for the Colorado Avalanche.

After being selected the No. 10 overall pick by the Avalanche in the 2016 NHL draft, Jost became the NHL’s checker rather than top scorer. The 5-foot-11, 195-pound Canadian performed that role admirably and never complained about game time before being traded to the Wild for Nico Sturm on Tuesday.

The last 24 hours have been a blurry picture for Jost. Around noon he got the call from Joe Sakic, Avalanche’s general manager, and the next thing he knew he was on a plane bound for the Twin Cities.

“You never really expect it,” said Jost. “It kind of came out of nowhere.”

Now that he’s with the Wild, 24-year-old Jost is hoping to rediscover his attacking game. When asked if he thinks he still has untapped potential, Jost confidently replied, “Yes, I think I definitely have.”

There is reason for Jost’s confidence. He was an elite junior scorer, recording 42 goals and 62 assists in his senior season with the Penticton Vees of the British Columbia Hockey League. In his only collegiate season at the University of North Dakota, he had 16 goals and 19 assists in 33 games.

One could argue that the only reason Jost hasn’t hit any bigger numbers in the NHL — he has 45 goals and 58 assists in 321 games — is because the Avalanche have extremely talented players in their roster. It’s hard not to be buried in a depth map that features Nathan MacKinnon and Nazem Kadri in the middle, as well as Mikko Rantanen and Gabriel Landeskog, among others.

“I definitely think I can go back to where I was (and) get points and score some goals and stuff like that,” said Jost. “At the same time, I still want to bring this responsible game into the D-Zone. And it’s great that I can kill penalties. I’m proud of that too.”

While it looks like Jost will move up to the Wild lineup at some point in the near future, coach Dean Evason has put him in between Brandon Duhaime and Nick Bjugstad for Wednesday’s game against the Boston Bruins.

“He’s a natural center,” Evason said. “That’s where he feels most comfortable. I don’t know the circumstances why he didn’t play there. That’s his position, so we’d like to see him there.”

As for Sturm going the other way in trade, Evason stressed how much the Wild will miss his presence in the dressing room.

“You never like it when guys are traded,” said the Wild coach. “He’s a great person and competes with his butt. We wish him the best.”

As much as Jost is looking forward to more opportunities with the Wild, he mentioned how he will miss his former teammates with the Avalanche.

“I couldn’t even say goodbye to them because they were in meetings and stuff,” Jost said. “They’re coming over here soon, so I can see them. These are lifelong friends and I owe so much to these guys. It’s a great group over there and I now call a lot of these guys my best friends. But I’m happy to make some new ones here in Minny.”