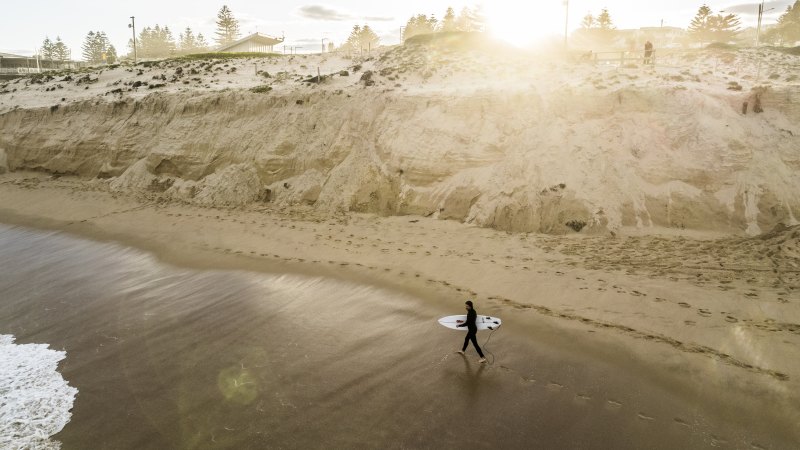 Australians flock to our beautiful beaches for comfort, fun and freedom. Unfortunately, extreme weather events are shattering our beach dreams (“Beauty Theft: La Nina Threatens to Tear,” July 31). In addition to flood and storm risks, according to Coastal Risk Australia, there is also a “moderate probability” that the water around Sydney will have risen 0.84 meters by 2100, with significant impacts on beaches such as Cronulla, Brighton-Le-Sands and at high tide even half of Sydney Airport. In addition, a significant number of Australian coastal homes are projected to be uninsurable as early as 2030 due to the high risk of coastal flooding. These are scary claims that we must confront. So many of the things we love are changing because of our own neglect of the environment. Our beloved beaches are the envy of the world: we must turn the tide to protect them. Amy Hiller, Kew (VIC)

No hurdle for Jana

Thank you, Peter FitzSimons, for your interview with Julian Assange’s father, John Shipton (“Assange and His Desperate Father Has Everything at stake,” July 31). Everything is at stake, but not just for Assange and his father. It’s time we realized what it could mean to be a brave and upstanding Australian like Julian Assange was. Does being Australian mean we cover up Pentagon war crimes? If not, then we must demand that Prime Minister Anthony Albanese demand the immediate release of this Australian political prisoner. No excuses free Julian Assange. Stephen Langford, Katoomba

A walk in the park

Helen Pitt’s immersion in Sydney’s Luna Park sent me back to when I was younger, so much younger than now and my first visit (“Studio Boss Trades Thor for Thrills at Luna Park,” July 31). It was the days of the old schoolyard, the end of sophomore (now year eight) high school, when a couple of us at 2D at Gosford High rode the then-modern electric train into town in 1961. I kept a souvenir from that trip, a hand-cut silhouette of an S. John Ross, but like many “treasures” we keep, time and circumstance causes such memorabilia to disappear from our collection. What hasn’t gone away is the memory – just part of my profile. Alan Gibson, cherry stream

I was in the same situation as Tom Alderton (“Unmasking the COVID-free ‘superpower’,” July 31). I was with my family when my daughter-in-law got COVID. She isolated herself from the rest of us – who tested negative at the time – but six days later my son and two of his three children tested positive. Having spent time with them I decided the horse had already bolted and there was no use isolating me from them. I was sure that I would test positive. At that time I had only had the two vaccinations because the booster vaccination was not yet due.

I have never tested positive, nor has one of my 12-year-old twin grandchildren who shared a bedroom with his two COVID-positive brothers. My twin sister who lives four hours away had COVID. When it comes to finding out why some people get COVID and others don’t, I’d like to know why one twin gets it and the other doesn’t. Don’t we have the same DNA? Marilyn Cornish, Thornleigh

The man who would replace Boris Johnson has polish