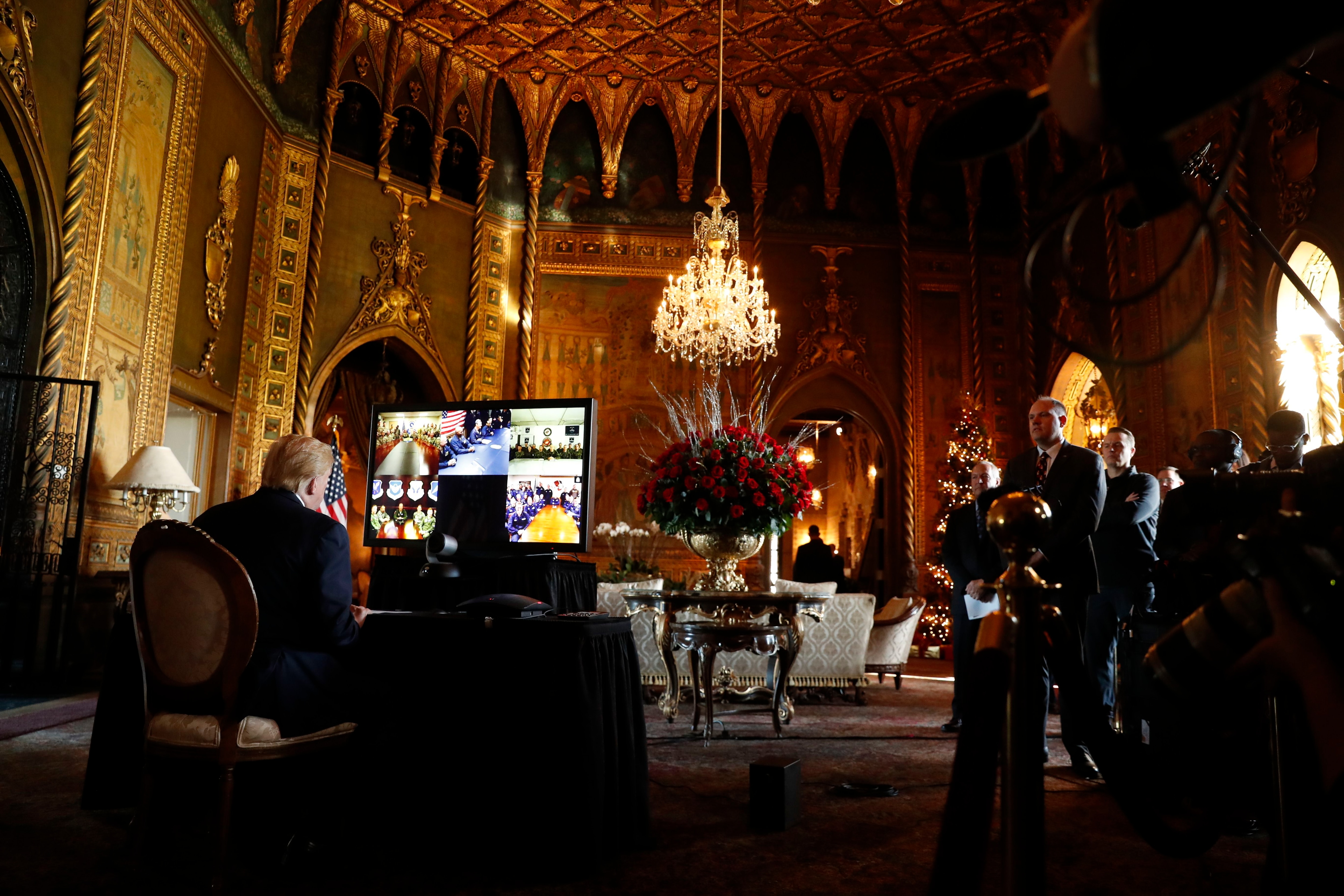 WASHINGTON – Former President Donald Trump said in a lengthy statement Monday that the FBI was conducting a search of his Mar-a-Lago property and claimed agents broke into a safe. A person familiar with the matter said the action is related to an investigation into whether Trump brought secret records from his tenure in the White House to his Florida residence.

The action, which the FBI and Justice Department did not immediately confirm, marks a dramatic escalation in police scrutiny of Trump and comes as he has laid the groundwork for another presidential bid. Although a search warrant does not indicate that criminal charges are imminent or even expected, federal officers seeking one must demonstrate that they have a probable cause that a crime occurred.

“Having worked and cooperated with the appropriate government agencies, this unannounced raid on my home was neither necessary nor appropriate,” Trump said in his statement.

He added, “These are dark times for our nation as my beautiful home, Mar-A-Lago in Palm Beach, Florida is currently under siege, raid and occupation by a large group of FBI agents. Nothing like this has ever happened before to a President of the United States.”

A person familiar with the matter, who spoke on condition of anonymity to discuss an ongoing investigation, said the search took place earlier Monday and agents also looked to see if Trump had any additional presidential records or classified documents on the have property.

Federal laws prohibit the removal of classified documents to unauthorized locations, although it’s possible Trump could try to argue that as president he is the ultimate declassification authority.

The investigation is hardly the only legal issue Trump faces. A separate investigation related to efforts by Trump and his allies to reverse the results of the 2020 presidential election and the January 6, 2021 US Capitol riots also intensified in Washington.

And a district attorney in Fulton County, Georgia, is investigating whether Trump and his close associates attempted to interfere in that state’s election, which was won by Democrat Joe Biden.