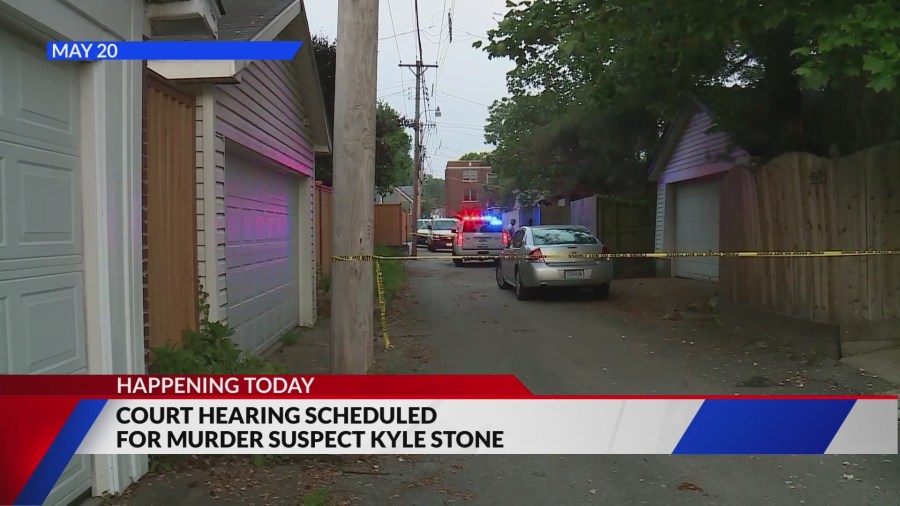 ST. LOUIS – The crime occurred on May 20 at Flora Place in the Shaw neighborhood of South City.

Authorities said Brennan was shot dead in his backyard while dumping his trash. Surveillance video shows someone pointing a gun at Brennan in his backyard around 7:20 p.m. After a brief struggle, a shot rang out, and then the suspect ran away. Investigators said Brennan was shot in the head and was pronounced dead at the scene. Police identified Stone from multiple surveillance videos and he was arrested later that evening after a brief chase. Hundreds of green ribbons have been placed in the Shaw district to commemorate Brennan and his Irish heritage.

Stone has pleaded not guilty and has petitioned to represent himself. That was denied, but his request resulted in his first hearing being postponed so that he could be assigned a public defender. Stone waived his 7-day detention hearing on June 1. The hearing is now scheduled for Thursday morning at 9:15 am.