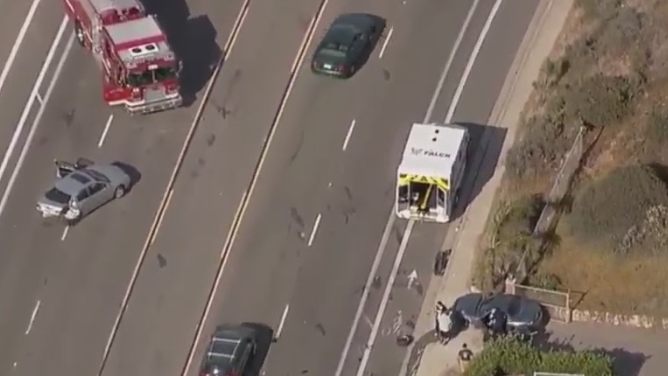 SkyFOX flew over the intersection of Palm Avenue and Desty Street at approximately 5:20 p.m. Aerial video shows at least two vehicles were involved.


At least one ambulance, one fire truck and several people were sighted around the driver’s side of a car believed to be involved in the accident.

The video also showed drivers coming from both directions using the median to avoid the fire engine, which was parked in two lanes.


FOX 5 reached out to police and firefighters, but received no response at the time of publication.

My breast implants were "growing MOLD" - people disagreed that they make me sick, but I finally have the proof