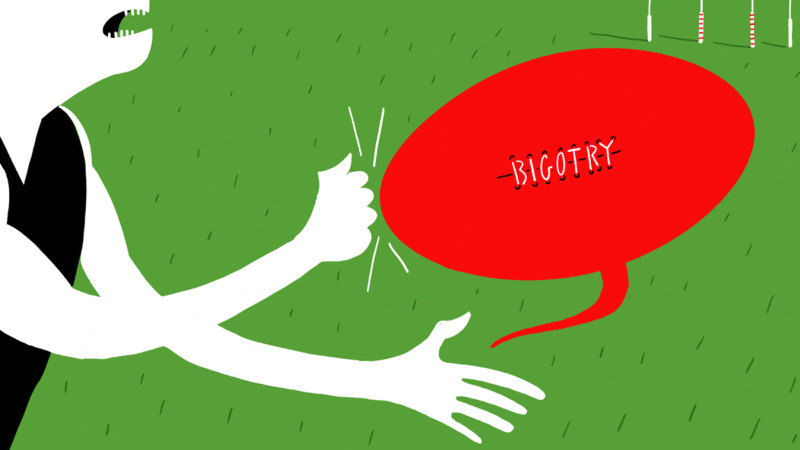 For a nation now majority migrant, new Australians of British or Irish or European or Asian or Middle Eastern or African heritage should be able to imagine the alienation of First Australians and, importantly, notice the different experiences. Each new wave of migrants faces some version of the following conversation with Australia: Our families are too strange and our food is too exotic for local tastes. But if we let them tease us, maybe we can become friends. Our new monarch, King Charles, received the gentle end of that greeting during his time at Geelong Grammar, when his schoolmates called him “Pommy Bastard”. The then Prince Charles saw it as a concept of affection that was “good for character”.

For the rest of us, the joke isn’t funny after the fact; it just doesn’t apply to us anymore because there’s always a new migrant community to take our place in the arrivals hall of bigotry.

First, Australians have never had that luxury, either the inherited privilege of a monarch knowing he would one day rule his tormentors, or the acquired privilege of migrants realizing that this nation cannot thrive without them.

There is a small glimmer of hope in this mess of a week. And it’s Australians’ willingness to embrace their Indigenous heritage. Older Australians – who were born in this country to parents and grandparents who were also born here – can understand this development. Many have happily included the convicts in their family tree; something unthinkable for Australians a century ago as they angrily wiped that stain from their white skin.

At the 2021 census, 812,728 Australians were recorded as Aboriginal and/or Torres Strait Islander, representing 3.2 per cent of the total population, or 3.4 per cent of the population if a country of birth was given.

After each census, an adjustment is made for the subcount of First Australians. That’s the number that came out this week. She increased the number to 984,002, which is 3.8 percent of the population as of June 30 last year. I have adjusted the latest estimate of Australian-born Englishmen, based on the adjusted data provided to me, and come up with a total of 967,390, which is also 3.8 percent of the population.

While Victoria has Australia’s fastest growing indigenous population, it also has the smallest at just 1.2 percent of the state. Most people who identify as Indigenous for the first time are young people in the heartland of rugby league in the New South Wales and Queensland regions.

Melburnians have long been considered the most politically progressive in the nation. In the 1999 referendum, 17 of Melbourne’s 20 metropolitan electorate voted for a republic, while 54.9 percent of Australians voted to retain the monarchy. Victoria also recorded the highest “yes” vote in the 1967 referendum on including Aboriginal people in the census – 94.7 percent versus the national total of 90.8 percent.

Is the lack of a common existence between First Australians and New Australians in a place like Melbourne one of the reasons why Footy seems to keep repeating its mistakes? This is not to excuse the rest of the country or baselessly condemn the Victorians. But if we’re all going to make it better, we have to fill the gap in our own imagination.

https://www.smh.com.au/national/setting-a-new-goal-to-close-the-gap-in-our-own-imaginations-20220922-p5bk8n.html?ref=rss&utm_medium=rss&utm_source=rss_national to fill the gap in our own imagination

Take a look inside Melissa Caddick’s home in Dover Heights