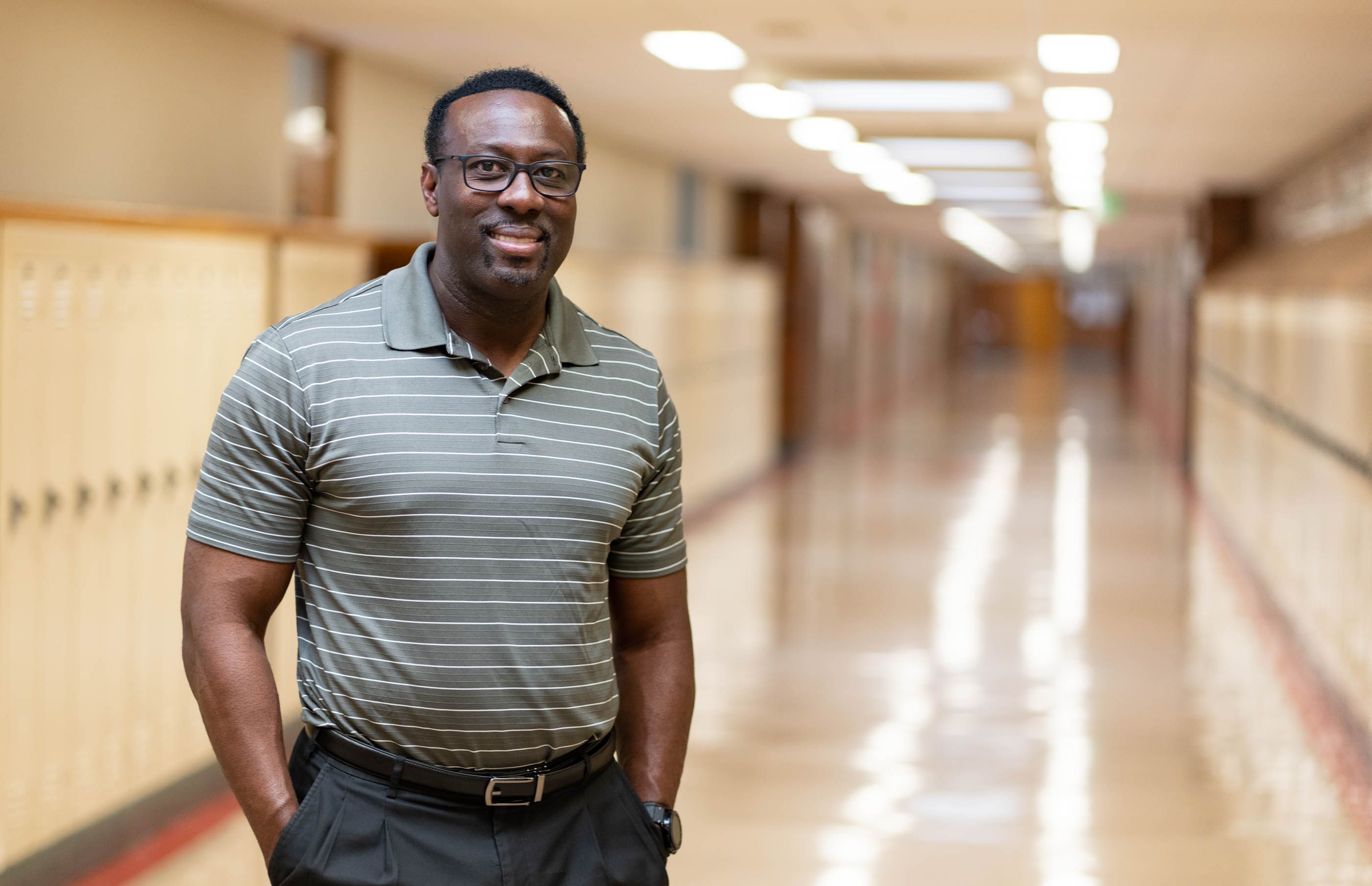 Here’s what you need to know ahead of Friday’s district emergency meeting.

(Francisco Kjolseth | The Salt Lake Tribune) Timothy Gadson, then Superintendent for the Salt Lake City School District, on his first day of work on Thursday, July 1, 2021. Gadson is currently on administrative leave.

The Salt Lake City School Board will meet Friday in the final step of a month-long saga involving its first black superintendent, Timothy Gadson III.

The board on Thursday issued a public notice of the meeting, which will be held at the district’s temporary office at 465 S. 400 East and streamed online.

The Board members meet at 4:00 p.m. for a closed session to consider “Anyone’s character, professional competence, or physical or mental health; and/or deployment of security personnel, equipment or systems.” The only agenda item for the following public meeting at 5 p.m. is a letter of intent with the Superintendent.

Gadson asked for mediation after the board placed him on administrative leave in July. The board members offered to buy out the second year of his contract in exchange for his resignation. He had just served a year in office after being hired in 2021 to replace Lexi Cunningham, who had resigned but was actually pushed out, according to a former board member.

District spokesman Yándary Chatwin could not confirm on Wednesday whether a mediation had taken place.

It appears that the Salt Lake City School District will announce a decision on Superintendent Timothy Gadson III tonight. As we prepare for the announcement, here’s how we got here:🧵 pic.twitter.com/QWhLQJUFmi

A trip Gadson made to Arizona’s private religious Grand Canyon University in January, concerns from parents and others about several of his stewardship hirings, and responses to a staff survey alleging he had disrespected district employees have prompted the board to review his reputation to question that reports the Salt Lake Tribune.

However, his defense attorneys have pointed to missteps by the district’s human resources department, arguing that racism lies behind many of the complaints. Jeanetta Williams, president of the NAACP’s Salt Lake City branch, has asked the US Attorney’s Office and the Justice Department to open an investigation into the school board’s alleged discrimination and harassment of Gadson.

Board member Mohamed Baayd said that while Gadson “is no angel”, the board made little effort to guide him through his mistakes. Instead, he said, long before the trip to Grand Canyon University, officials and board members began devising a plan to get away from him.

For die-hard Sydney Swans fans, it's in the Bloods