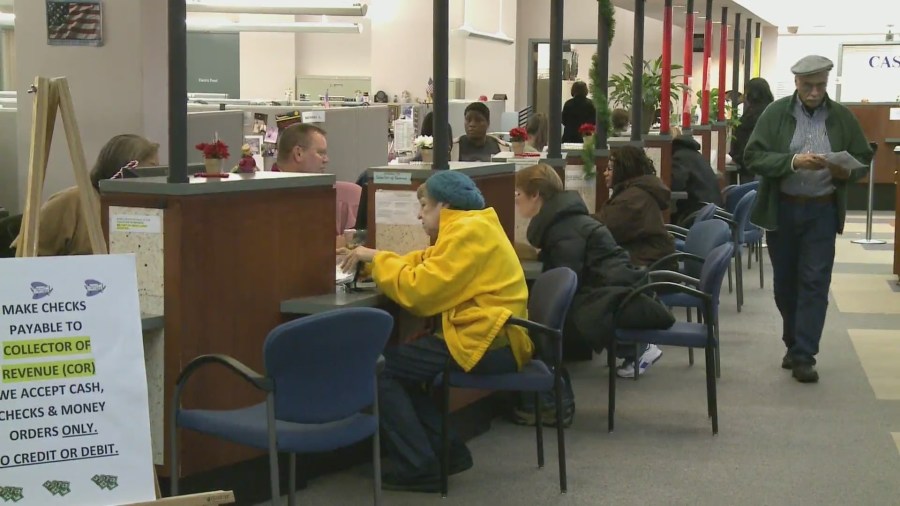 ST. LOUIS — Taxpayers passing the St. Louis County Government Center in St. Ann on Wednesday describe one of the tougher aspects of the holiday season.

Dodson said fulfilling her civic duty is a years-long effort.

“From January I start saving for December. I always do that,” she said. “Start in January, set aside a little money, and then when December comes, hopefully you’ll be ready.”


“Let’s just say what it is. “This is crazy,” said St. Louis County Assessor Jake Zimmerman.

“I’ve been doing this for about 10 years now and I’ve never seen anything like it,” he said.

“This is NADA. It’s the law of the state of Missouri. It’s the guide from the National Auto Dealers Association,” Zimmerman said. “It’s the same as the Blue Book. It’s the thing the guy at the dealership uses when he tells you what you’re going to get for your trade-in. He is working on their national guide and we use the exact same guide. What happens to your tax bill depends on where you live. Because remember, this tax money doesn’t go to St. Louis County. They go to the school district and the fire department, along with a few other smaller jobs.”

Zimmerman said he supports changing the laws that govern the system, but noted that changes need to happen at the state level.

“I suspect the legislature was just never prepared for the idea that this was going to happen,” he said. “Now it’s happened and I’m sure we’ll see proposals in Jefferson City to fix it next year. I just wish they fixed it this year.”

Dodson said she chose to find the silver lining in an otherwise awkward task.

“The best thing was the line. It didn’t take long,” she said.