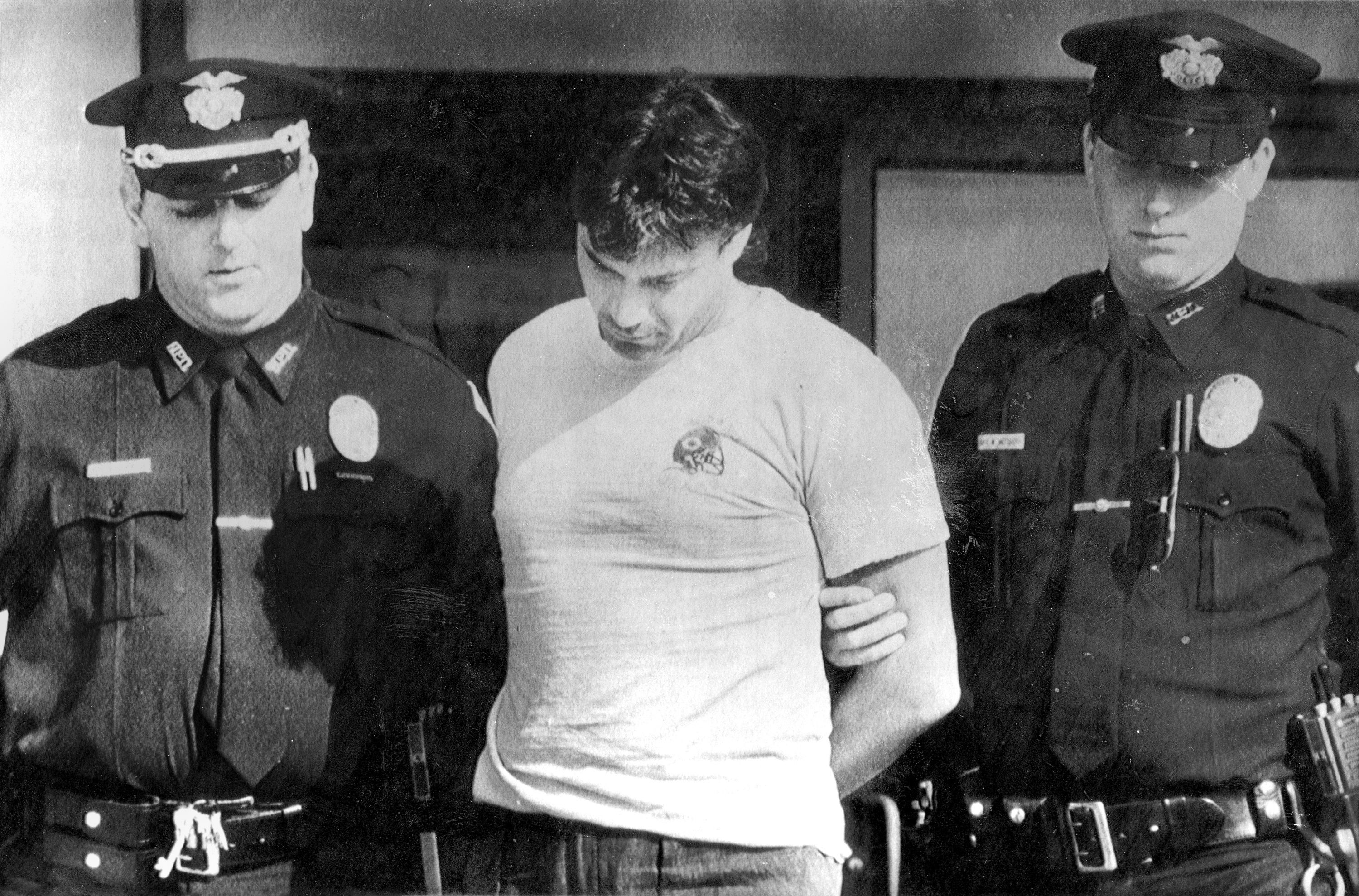 CONCORD, NH – Two years after accusing her former therapist of sexual abuse, she casually entered his address into an online directory and came across an unknown alias. A search for that name turned up decades-old newspaper articles about the death of a 10-year-old girl.

“What does that have to do with Peter?” She wondered.

Two obituaries she found next suggested a connection. But she was still circling the edge of truth when she sat down at a public library computer in January 2020. On a newspaper archive page, she scrolled past several small, blurry photos until a larger one appeared.

New Hampshire is one of 10 states that allow people to change their names while incarcerated, although their criminal records remain accessible to police and employers who conduct criminal background checks. But the public has no way of knowing anyone’s former identity unless they go to the district court where the change was approved or conduct serious investigations.

This made Peter Dushame Peter Stone, facing new charges more than 30 years after he was imprisoned under his old name. What happened in between raises complicated questions about the right to a new life after incarceration and what patients can or should know about a psychiatrist’s past.

There’s another question with no simple answer: Who is Peter Stone?

He was 33 years old, drunk and named Peter Dushame when he drove his Pontiac into a motorcycle parked next to the FE Everett Turnpike in Nashua, New Hampshire on October 1, 1989. Lacey Packer, a fourth-grader walking home to Massachusetts from a Toys for Tots benefit with her father, died two days later.

It was his third fatal accident – but the first involving alcohol. At age 17, he pleaded guilty to leaving the scene of a pedestrian accident after killing a former classmate at his high school. At the age of 22, he was acquitted of murdering a vehicle after an accident that killed a 61-year-old woman.

Because he held a valid driver’s license despite five previous convictions for drunk driving, the 1989 accident became a flashpoint. Both Massachusetts and New Hampshire then enacted new laws, and Dushame became the first person in New Hampshire to be convicted of manslaughter for drunk driving. The Boston Globe called him “the most notorious drunk driver in New England history.”

But over time, he dedicated himself to helping people recover from addictions, earning a master’s degree in counseling psychology behind bars and leading treatment programs for other inmates.

Two years later he legally changed his name from Peter Dushame to Peter Stone. He was released from prison in 2002 and eventually started a business as a licensed drug and alcohol counselor in North Conway.

“I stand as proof that people can change,” Stone wrote to state regulators in 2013, telling them that, despite their concerns, his past has helped clients put perspective on the dangers of drunk driving.

“They respect my sincerity and honesty,” he said.

Then, last July, he was accused of sexually assaulting a client who says he’s far from being honest.

In a recent interview with The Associated Press, the 61-year-old woman said she developed romantic feelings for Stone about six months after he treated her for anxiety, depression and alcohol abuse in June 2013. Although he immediately told her that a relationship would be unethical, he eventually engaged in sexual contact in February 2016, she said.

“‘That crossed the line,'” the woman recalls saying after pulling up his pants. “,When will I see you again?'”

“It was almost comical,” she told the AP, which generally doesn’t name people making allegations of sexual assault. “Except that it was awful.”

Laws regarding name changes vary across the country. While 26 states have no restrictions on name changes after felony convictions, 15 have bans or temporary waiting periods on those convicted of certain felonies, according to the ACLU in Illinois, which has one of the most restrictive laws.

New Hampshire doesn’t prohibit criminals from becoming therapists, and Stone has adequately disclosed his criminal history on license applications and other documents, according to a review of records obtained by the AP.

And so despite “the misguided feeling that it’s somehow wrong,” legally it’s not an issue, said Albert “Buzz” Scherr, a professor at the University of New Hampshire’s Franklin Pierce School of Law.

“The deeper question is, to what extent do we want to tar someone for the rest of their life?” Scherr said. “Should every therapist be forced to reveal to every incoming patient that they have been convicted of a crime? Certain crimes?”

Gary Goodnough is a professor at Plymouth State University who teaches ethics to aspiring mental health counselors. It’s not uncommon, he said, for people in recovery to become counselors and use their experiences to build more empathy and support for clients.

Disclosure isn’t mandatory, but he believes customers have a right to know in some scenarios.

“One of the principles that underlies the counseling profession is the notion of truthfulness,” he said. “We should tell the truth. Especially something as profound as a murder or a vehicular homicide. I think that would be something that should be disclosed.”

Stone’s former client said the exposure of his past made her angry, both at Stone and at the state, which she said shouldn’t have licensed him as a therapist under his new name.

“I think in his capacity of becoming a therapist it was wrong because that’s such a trusting position,” she said. “If he became a car mechanic, it would be different. Because when I go to my mechanic, he doesn’t get into my head and pull strings.”

The woman described Stone as an unorthodox advisor, outspoken and arrogant, with a tendency to swear. She said he told her he drank vodka and beer early in the morning, used to be homeless and didn’t drive because he had suffered from PTSD from his military days. In fact, as she later learned, his driver’s license had been permanently revoked after his conviction.

After their first sexual encounter, she said, she got up to leave and found the door to his office locked when it had never been before.

“I felt cheated because I thought it was spontaneous,” she said. “But then I knew it was planned.”

Stone, who declined to be interviewed by the AP, faces five counts of felony sexual assault under a law that criminalizes any sexual contact between patients and their therapists or health care providers. Such behavior is also prohibited by the American Psychological Association’s Code of Ethics.

According to court documents, he told investigators that the woman petted him once, but he didn’t know how his DNA got on her shirt. The state issued an emergency order in December 2017 suspending his consulting license, and he voluntarily relinquished it four months later while denying the allegations.

A hearing to determine Stone’s litigation capability is scheduled for September. His attorney did not respond to requests for comment, and the prosecutor declined to comment on any aspect of the case.

But Scherr, the law professor, said Stone’s previous convictions or name change are unlikely to be used against him if the case goes to court.

Previous convictions, Scherr said, generally cannot be used to prove a defendant’s guilt, although they can sometimes be used to cast doubt on a defendant’s credibility when testifying. And while it makes him seem sneaky or cunning, Stone had a legitimate reason to change his name, Scherr said.

“You don’t want to wear that around in public for the rest of your life,” he said. “I’m inclined to say that it says nothing about whether he committed the crimes he’s accused of.”

Although Stone changed his name in 1998, news reports of his parole hearing in 2001 refer to him as Dushame, suggesting that authorities were only using his original name in public and, perhaps unintentionally, facilitating his efforts to start over . Several members of that year’s parole board have since died; Two others recently told the AP that they don’t remember the specific case or how the board handled name changes.

But Gordon and Donna Packer have not forgotten the man who killed their daughter. In a recent interview, Donna Packer said they opposed his name change but were only notified by the state after the fact.

She and her husband, who became prominent campaigners for tougher drink-driving laws, also knew that Stone was working as a counsel but were unaware of his arrest until they were contacted by the AP.

“When I heard about it, I was disappointed,” she says. “I know this sounds strange, but Gordon and I are Christians and we believe in forgiveness.”

Gordon Packer offered forgiveness to Stone in a letter years ago. Donna Packer said he then asked for help getting out of prison early, which the couple found manipulative.

Still, she hoped that after everything he’d done, after causing so much suffering to so many people, he’d changed.

“I hate that he still bullies people,” she said. “It shouldn’t have been like this.”