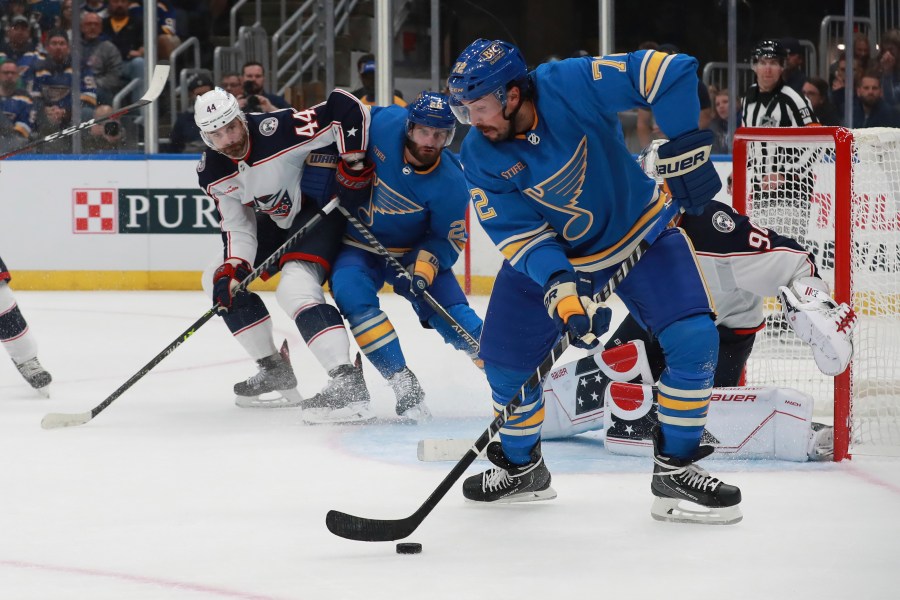 The Blues, who were tied 2-2 for almost half of regulation time, wasted no time in retaking and extending a lead. Ivan Barbashev and Jake Neighbors scored just 20 seconds apart just past the middle of the last frame.

Pavel Buchnevich gave the Blues early momentum with a power-play goal from a one-timer less than five minutes into the game. Vladimir Tarasenko added a tally after just 64 seconds into the second half.

The St. Louis Blues add four more to the first class of the Hall of Fame, three from the first season


The Blue Jackets answered a 2-0 deficit with two quick goals in 18 seconds, both of which came from midfield less than three minutes ago. In the third period, the Blues similarly returned the favor from Barbashev and the neighbors.

Vladimir Tarasenko added a late goal in the third period, his second of the game. Jordan Binnington stopped 23 of 35 shots in the game.

Next, the Blues gear up for their first road trip of the season, a three-game set that begins Wednesday against the Seattle Kraken.

Man, 24, dies after tripping in beer garden with stab wounds