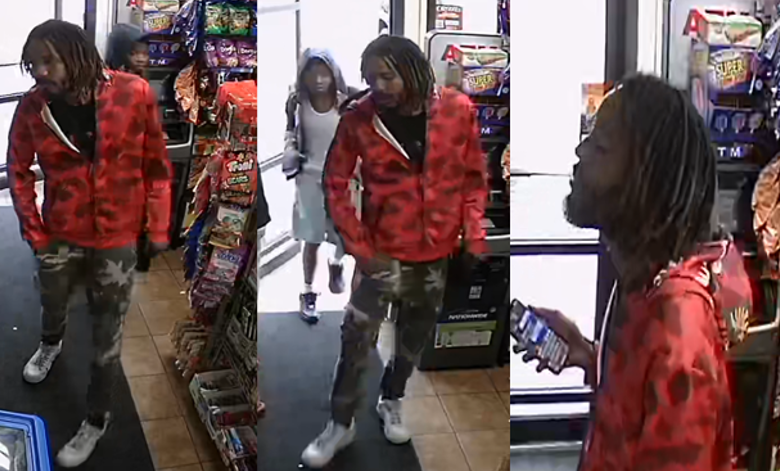 ST. LOUIS, Mo. — Police are searching for two people who arrested a 61-year-old woman who works as a parking lot attendant near downtown St. Louis. They believe the suspects are armed and dangerous.

Officers were called to investigate a “robbery” at the intersection of South 7th Street and Lasalle Street around noon on Sunday, June 12. The victim told them she was approached by a teenager and a man. The teenager pointed a gun at her and demanded money. She surrendered it and they fled on foot. Another suspect stayed behind in a nearby parking lot.


The juvenile suspect has a cast on his right hand and was wearing a black headscarf, hooded sweatshirt, light blue shorts and black sneakers.

One of the men has medium length dreadlocks, 5ft 10in – 6ft, possibly a beard/mustache, and is wearing a red hooded sweatshirt that zips up into a mask, camouflage pants and white sneakers

The man in the parking lot is described as 5ft 6″ to 5ft 8″ tall, of heavy build, wearing a black hooded sweatshirt, black shorts with white stripes down the sides, black socks and black mules.

Anyone with information who wishes to remain anonymous and be eligible for a reward should contact CrimeStoppers at 866-371-8477. Call a detective at 314-444-2500. Note that tips submitted directly to detectives do not qualify for CrimeStoppers rewards.

https://fox2now.com/news/missouri/st-louis-robbery-suspects-considered-armed-and-dangerous/ The suspects in the St. Louis robbery are believed to be armed and dangerous

Miami's mermaid on a mission to save our ocean