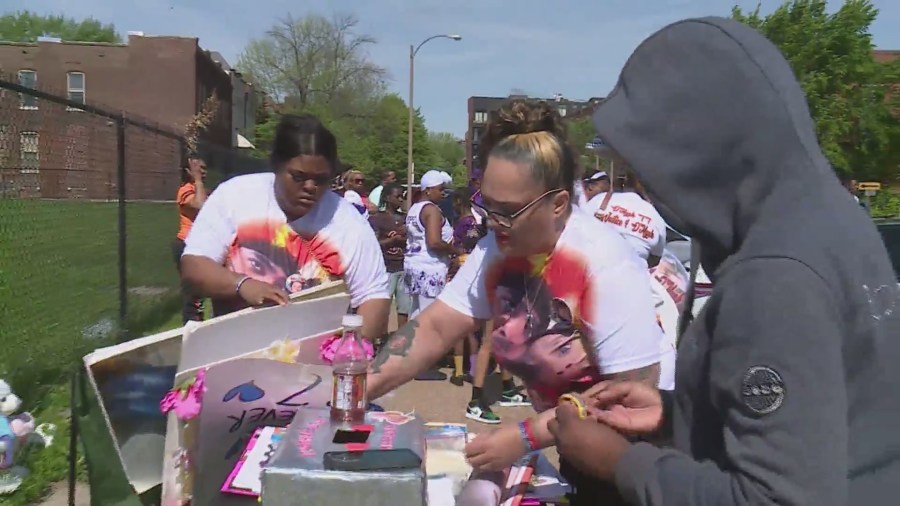 Sueketha Rankin is still heartbroken after the loss of her son and granddaughter, both victims of gun violence. Rankin said she finds meaning in her pain by organizing the second annual Mother’s Day March for Justice in the Central West End neighborhood.

“I’m crying, it’s normal, but I’m glad that I’m mentally able to move on and do something and not just waste away and let myself go and go into depression because it’s hard,” Rankin said.

Rankin said seeing the turnout on Sunday took the pain away.

“I feel good, I feel really good,” she said. “Probably bigger than I expected than this year, but I want it to get bigger and bigger.”

Her mother, Elaina Rankin, came to St. Louis from Texas. She said the march is for all mothers who have been victims of gun violence.

“This isn’t just for D’Myah and Darrian. This is to raise awareness among all children. That honors everyone, that’s what this march is for,” said Elaina Rankin.

Her daughter sadly says that there are other mothers like her. So she uses her Justice for US Facebook page to mourn and share memories with them.

Sueketha Rankin said cherish every moment with your kids.

“Love, love, love, love for your babies. Any problems, any differences you have as you work it out. Because you never know when you might be down here or at a memorial,” Rankin said.

https://fox2now.com/news/st-louis-mother-leads-mothers-day-march-in-memory-of-two-children-she-tragically-lost/ The St. Louis mother leads the march in memory of two children she tragically lost

After a wild week on Wall Street, stock futures collapse on Sunday