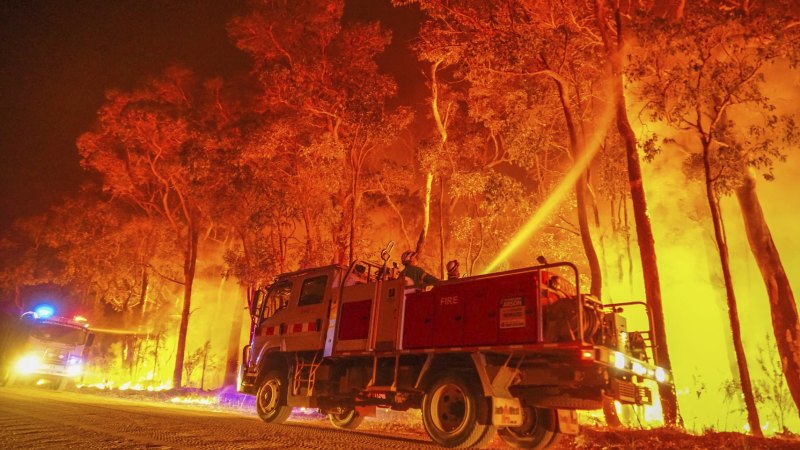 A fire threatening lives and homes in the south west has been downgraded to watch and act, but authorities are warning the bushfire remains out of control and unpredictable.

Air support was dispatched to support ground personnel who remain on site and are actively fighting the fire.

Late Wednesday evening, holidaymakers and residents were told they must act immediately to survive as a violent bushfire threatened lives and homes in southwest WA in the Donnybrook-Balingup shire.

The Department of Fire and Emergency Services issued the emergency alert for the southern parts of Thomson Brook, Brookhampton, Grimwade, Kirup, Mullalyup, Newlands, Noggerup and Upper Capel as the fire headed towards homes on Brookhampton Road.

“Fighting fires at night isn’t easy, but Vollies and Parks and Wildlife have done a hard job struggling in challenging conditions with strong easterly winds and undulating terrain,” he said.

“The challenge is the hot, dry conditions after lunch and changing winds.”

The temperature is forecast at 37 degrees this afternoon.

The Department of Communities has set up an evacuation center at the Donnybrook Recreation Center where a community meeting is scheduled to take place Thursday at 4 p.m.

https://www.smh.com.au/national/western-australia/south-west-holidaymakers-and-residents-told-to-flee-fierce-fire-20230105-p5cahr.html?ref=rss&utm_medium=rss&utm_source=rss_national The southwest bushfire has been downgraded but residents warned the threat remains

Who is on strike today and how does it affect you? Daily update for January 29th