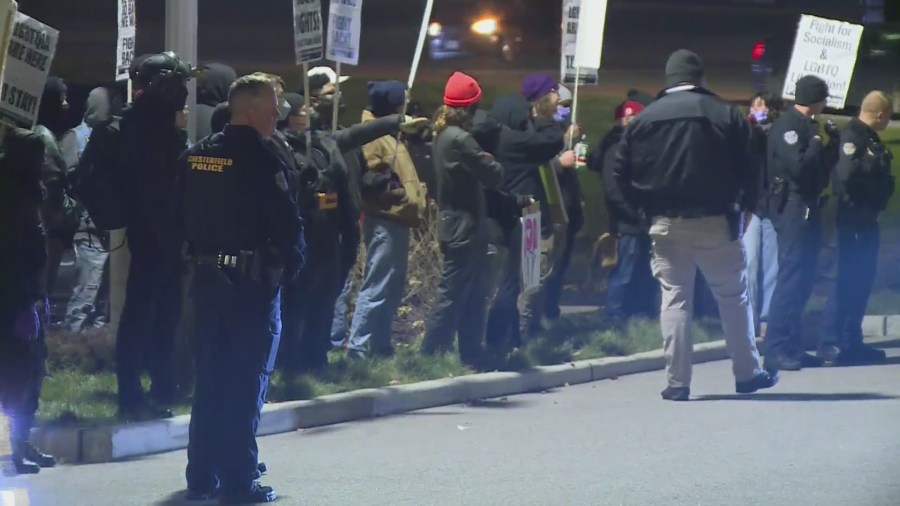 CHESTERFIELD, Mo. — The show “A Drag Queen Christmas” at The Factory in Chesterfield sparked outrage, with groups of protesters bickering over the content.

Drag shows have recently become the center of controversy nationwide.

The Chesterfield event became controversial because all ages could attend, with some lawmakers and others claiming the content was unsuitable for minors.

Now in its eighth year, the popular drag show, featuring contestants from RuPaul’s Drag Race, aims to entertain and cheer people up during the holiday season.

“It’s so full of joy and happiness. It really should be a safe place that we can all enjoy and come together as a community to feel like we belong,” said Robert Fischer, a PROMO attendee and LGBTQ+ advocate.


“Giving Christmas to drag queens is like slapping God in the face,” said Tony Kozich, one of the protesters.

Chesterfield Mayor Bob Nation decided to raise the age limit to 18 and older, citing violations of several local ordinances about what is acceptable for minors.

“In no way is this meant to disrespect or put down the LGBTQ+ community, or restrict drag shows in any way,” Nation said. “These are legal entities, it’s just the content we’ve been told could occur. We thought we should suggest capping the age limit and the organizers have done so willingly.”

Shortly after discussions with the promoters began, Senator Bill Eigel, representative of St. Charles County, sent a letter to the mayor encouraging the amendment to “protect minors” from “illegal” “pornographic material.”

It caught the attention of several organizations and sparked a discussion about what constitutes sexual profanity.

Protesters and counter-demonstrators came out in droves and shouted their opinions to opposing sides in the parking lot in front of the venue.

“There shouldn’t be any obscene material or a performance time, and it baffles me that anyone can book a performance like this,” said Dawn DeBlaze.

“Not in Missouri” and “Save Our Children” are signs read by those opposed to the show, while LGBTQ+ advocates waved rainbow flags and chanted, “Hate must go.”

“They are filled with hatred for a group they don’t know about and it doesn’t affect them in any way,” said Niki Taylor. “It’s disgusting.”

An arrest was made outside the venue.

Despite heated discussions and a growing debate, the show went on.