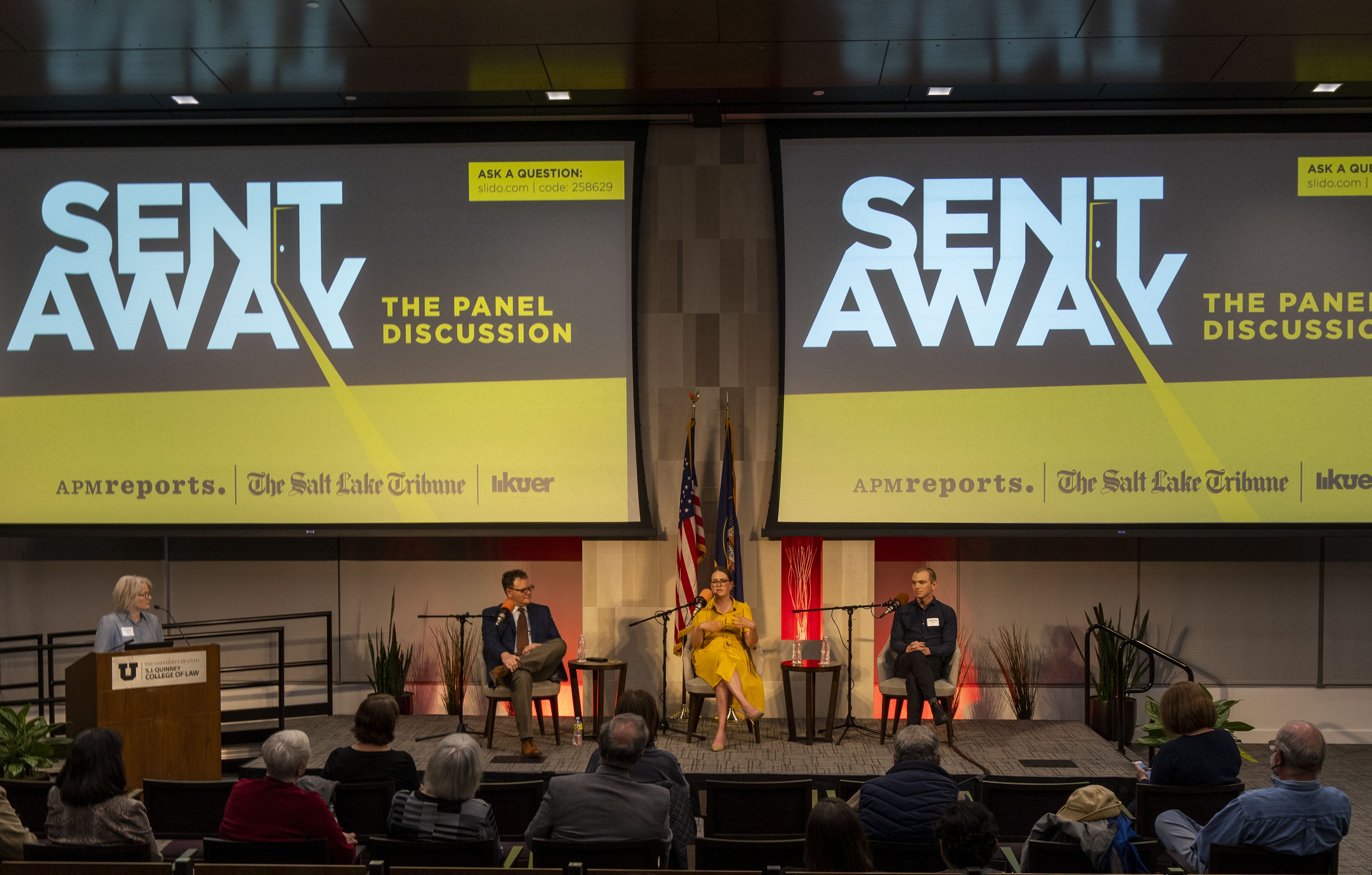 The series was praised as “an exceptional piece of investigative reporting”.

(Rick Egan | The Salt Lake Tribune) The hosts of the “Sent Away” podcast will participate in a panel discussion on Thursday, April 28, 2022 at the University of Utah.

The Salt Lake Tribune and its partners at KUER and APM Reports received top honors from the National Center for Business Journalism for their podcast on allegations of abuse in Utah child care homes.

The seven-part podcast, Sent Away – which has been downloaded nearly 2 million times – is “an exceptional investigative reporting that showcases the power of podcast journalism at its best,” according to the jury of the 16th edition of the Barlett & Steele Awards. The podcast won the gold medal in the global/national category.

Reporters from The Tribune, KUER and APM Reports had been investigating the teen treatment industry separately for the past several years. Tribune reporter Jessica Miller had covered Utah’s youth housing treatment industry for three years, and her reporting led directly to legislation that passed in 2021, bringing about the first oversight reform of that industry in 15 years.

In 2021, Miller, along with KUER’s David Fuchs, joined forces with APM Reports’ Curtis Gilbert and Will Craft, and together they spent more than a year sifting through documents, analyzing data, and interviewing hundreds of people for the podcast .

(Rick Egan | The Salt Lake Tribune) Tribune reporter Jessica Miller, one of the hosts of the “Sent Away” podcast, will attend a question and answer forum at the University of Utah on Thursday, April 28, 2022 part.

“‘Sent Away’ shows the power of collaboration,” said Miller. “Rather than compete with one another, our nonprofits have banded together and worked together to thoroughly investigate an industry that hasn’t received much scrutiny in recent years, despite persistent allegations of abuse and mistreatment. This type of impactful work would have been difficult to achieve individually, but was possible because of our partnership.”

KUER News Director Elaine Clark said the award is “a testament to the work that can be done through intelligent collaboration. Each partner brought their unique expertise to create a whole greater than the sum of the parts.”

And Miller commended those who reached out to share their experiences.

“We could not have accomplished this project without the voices of so many who trusted us to tell their stories,” she said. “It is an honor to have this work recognized by the Barlett & Steele jury.”

The awards, hosted by the Donald W. Reynolds National Center for Business Journalism at Arizona State University, are named for investigative reporters Donald L. Barlett and James B. Steele, two-time Pulitzer Prize winners whose work appears in the Philadelphia Inquirer have appeared. Time, Vanity Fair, the New York Times and the Washington Post.